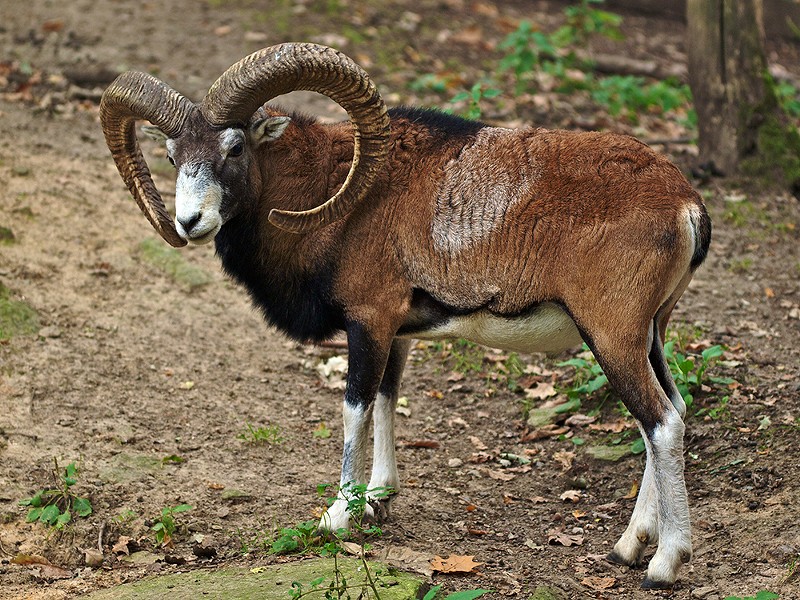 The chronology of sheep, aka sheep dates, starts around the same time as the great change from nomadic hunting and gathering to settled agriculture, around 10,000 years ago. Sheep were the first animals to be domesticated for meat, thus occupying a special place in the history of humankind. Archeological sites in modern-day Turkey, Iran and Iraq (the Fertile Crescent) show that humans began to keep herds of sheep as a source of fresh food roughly when they gave up hunting to embark on the long sedentary process, which eventually led to the rise of cities.

It's easy to imagine the process. As long as our nomadic ancestors roamed the fertile areas of the Middle East, they would have encountered plenty of game animals. Once they settled down and began to grow crops, the supply of easily accessible meat would have dwindled within their now fixed, and therefore limited, hunting range. The solution was to capture and raise wild mouflon, the curly-horned ancestors of sheep. Sedentary tribes then had a dependable food supply, balancing meat and grains during fat and lean times — the first food pyramid. Goats, descended from wild ibexes, followed soon after, hence the many Biblical allusions to sheep (the good guys) and goats (the rest of us).

Sheep represented a lot more to our Stone Age forebearers than meat. A live sheep provides milk, wool and dung (for manure); a dead sheep yields leather (for shoes and outer clothing), horn and bones (arrow points, needles), fat (tallow candles) and hooves (glue). Some of these "beyond meat" products took awhile to be appreciated. Wool production, for instance, only began between 5,000 or 6,000 years ago. Before then, we can visualize our ancestors wearing entire sheepskins, wool and all. Once they learned how to gather, spin and weave wool, however, they could have just worn much lighter, but still waterproof, wool-only garments. The difference must have been like going from the heavy and bulky greatcoats of World War I (still around when I was a kid) to modern lightweight outdoor gear.

Originally, the way to get wool from sheep was by "rooing," plucking the wool out as it naturally starts to drop off in spring. Today, the economics of shearing have led to most modern sheep's "roo genes" being bred out of them. Ancient breeds though, such as Shetland sheep, still roo, much as cats and dogs molt (to their owners' consternation).

Fast forward to more recent sheep dates. Christopher Columbus brought sheep with him in 1493 on his second voyage to the New World as a walking food supply, leaving some in Cuba and San Domingo. In 1519, Hernán Cortés took some of their offspring on his freebooting exploration of what is now Mexico and the Western U.S. The Navajo Churro sheep, the oldest breed in the Americas, are descended from them. Sheep later played a part in the build-up to the Revolutionary War, which was fought partially in response to England's clumsy attempts to stifle sheep production in the colonies (which threatened Britain's wool industry).

Today, consuming sheep meat is much less common. On average, Americans eat only a pound of lamb (from sheep less than 14 months old) per year, compared to about 200 pounds of chicken, beef, pork and turkey combined. And there you have it, the baa-sics of sheep dates.