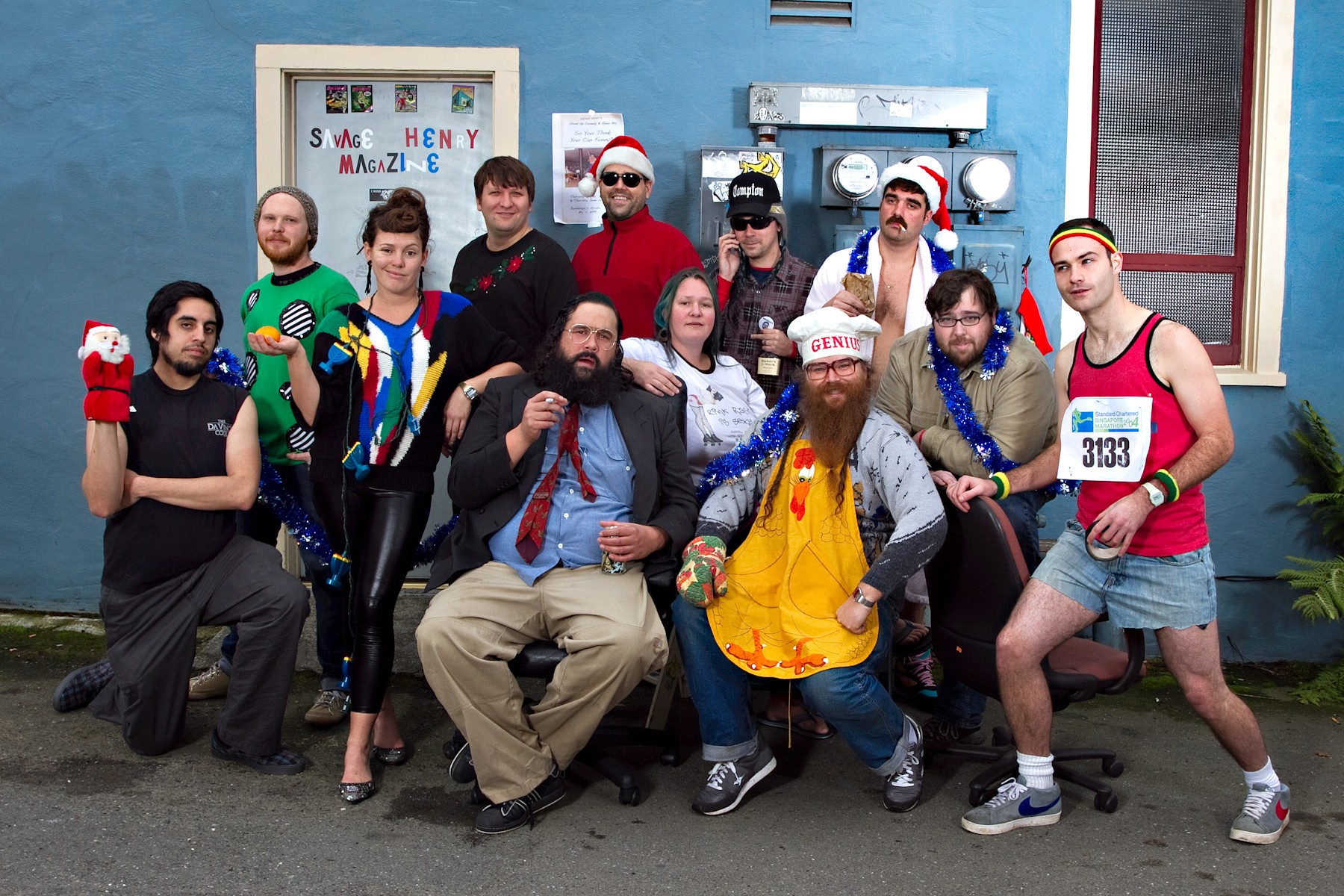 But be honest. Did you really think when Savage Henry Independent Times launched almost two years ago that it would make it past the gangly, newborn calf stage? We're talkin' print media, people! C'mon!

But in S.H.I.T.'s logic-defying lifespan, Chris Durant, Monica Durant, Sarah Godlin, Josh Duke and the other what-the-hell-else-were-they-gonna-dos have strengthened their local brand, somehow coaxed advertisers aboard and hustled 985 Facebook "likes" out of this community. So, yeah.

"We want the first thing that comes to the minds of people on both sides of the Redwood Curtain to be that 'funny' + 'Humboldt' = Savage Henry,' " says co-editor Chris Durant.

In addition to its monthly ink hijinx, Savage Henry has reanimated Humboldt's stand-up comedy corpse in the form of monthly amateur nights and occasional larger shows headlined by out-of-the-area comedians. It helps that Durant has something of a religious devotion to the art form.

"I grew up in the DIY punk/music movement, and every creative person I hang out with has that same mentality. I think a lot of comedians grew up that same way," dude says. According to Heavy CD, this is a uniquely opportune time in history for comedians to get into the craft.

"With the YouTubes, someone who wants to be a comedian only needs a camera and an Internet connection. They don't have to sit around and wait for some douchey executive or sleazy club owner to throw them a bone," dude says.

Even locally! Last week Ba-Dum-Chh -- a comedy quartet you can find on YouTube that spawned from S.H.I.T.'s monthly standup exercises -- brought groans to the Eureka Theatre Jambalaya (lots of bodily function yuks/yucks) by independently promoting its largest show to date. This week, Savage Henry is again uppin' the humor ante by bringin' in the ringers -- kinda like when Safeway hired all those thieving out-of-town construction jerks. Only these guys are (presumably) funnier.

Why the somber moniker? Co-editor Sarah Godlin explains, "Because we will be the opposite of laughing all the way to the bank." (Tickets are a budget $10.)

For more S.H.I.T., direct your browser to savagehenrymagazine.com. Ha.