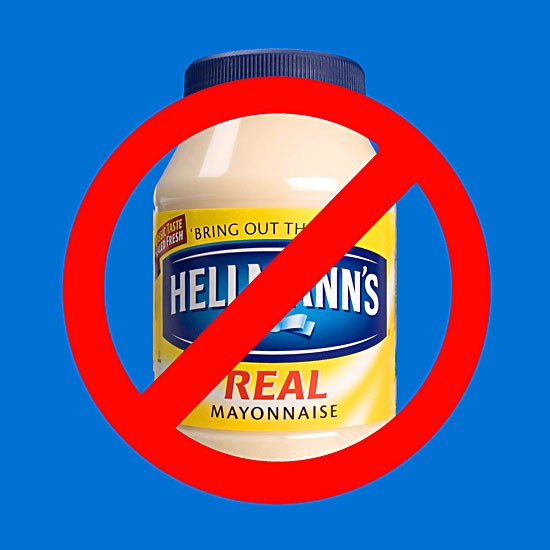 Last summer I submitted some articles to Gourmet and Saveur magazines. They weren't accepted, but as a kind of consolation prize, it would seem, I got free subscriptions. Every month, a thick issue arrived, full of glorious food photography, accompanied by rich prose and richer recipes. I have nothing against slick food magazines -- I think anything that encourages people to play with their food is good -- but it was hard for me to get into them. (Which might explain how they respond to my writing.)

The recipes, for one thing, tend to be in 8-point type, so as to make room for the pictures -- reading them at my chopping block is impractical, an exercise in squint-and-dice. For another, they are mostly recycled versions of familiar ones: I'm currently looking at an oven-baked crispy drumstick using crushed tortilla chips, served with roasted potato wedges and cilantro-lime mayonnaise. Not exactly challenging concepts. But gorgeous on the page.

And, of course, these are really not so much about cooking as they are about lavish entertaining, travel and restaurants, which is why so many national advertisers buy space in them. Or rather, used to buy space -- like many print media, cooking magazines face severe cutbacks due to the depression. Still, Ruth Reichl is a joy to read (and she doesn't give recipes) and Coleman Andrews is the most talented restaurant reviewer I've read -- if you don't mind his ongoing love affair with himself.

All this is in the context of a New York foodie chauvinism that rivals San Francisco's navel-worship. As one award-winning food writer says, "The NY food scene is so self-involved it's practically irrelevant."

Are there slick food magazines that are truly useful for the home cook? Absolutely. Cook's Illustrated, a New England-based publication, is full of useful, clear information, with mostly black and white drawings and photographs, step-by-step instructions, and scientific analysis of culinary concepts like marinades, sauces, soufflés, etc. For the moderately advanced cook, it is a pleasure to read, and a constant temptation to try new techniques.

But for the past quarter century I've been a loyal subscriber to Simple Cooking, a newsletter that has no food photographs and few illustrations, and costs $5 for a densely packed eight pages of prose, much of it by the self-publisher, John Thorne, and his wife Matt. Once a hit-or-miss quarterly (some early issues were late by several months), it has settled down, after a fashion. Thorne has been called, with reason, "America's best food writer." He brings a unique combination of liberal education, narrative skills, culinary experience, a perceptive intuition and infectious curiosity to topics ranging from homely to exotic.

Recipes are provided, of course -- often not just one way of making something, but several, with thoughtful insights. And there are random titbits of interest: Should eggs be room temperature before starting an omelet? How do you make awesome iced coffee? Where can you buy Sichuan peppercorns? What's Thomas Keller's secret sauce for haricots verts?

Sometimes he can wax nostalgic, as in this description of being shown how to make mayonnaise with a fork:

"It was astonishingly simple. He used the fork first to mix a little splash of vinegar into an egg yolk, seasoning this with salt and pepper. Next, stirring briskly all the while with the tines of the fork, he began to whisk in olive oil.

"He covered the bottle's mouth with his thumb and lifted it high enough so that he could keep his eyes focused on the egg yolk. He shifted his thumb slightly, releasing the oil, at first drop by drop, then in a steady golden stream, as slender as a thread.

"For the first few minutes, the egg yolk simply absorbed the oil, which gave it a bright yellow greasy sheen, neither appetizing nor very promising. But the fork went on squeaking across the plate, the oil kept dripping down, and the collation began to thicken, lighten, mount up ... 'Here,' he said, finally, holding out the fork to me, a clot of the mayonnaise roosting at the end.

"I tasted. The experience wasn't rapturous, but it was, in its way, illuminatory. This was a mayonnaise with attitude -- all the more so after a childhood where one opted for Cain's or Hellmann's (almost as big a decision as deciding between Coke and Pepsi) ... This mayonnaise asked you not to choose but to decide if you were ready to move on, the way you might from Coca Cola to wine."

It is in the combination of narrative and thoughtful analysis that John is unlike other food writers. He is practitioner, philosopher, and scholar, whose field happens to be food. His writing makes you realize how much of a world is encapsulated in our attitudes about food. In the column exerted above he takes side trips -- discussing the classic cookbook author Elizabeth David, the chemistry of emulsions, etc. -- but returning to the "now":

"That experience is what comes to mind whenever I'm asked what 'simple cooking' means, and why I chose it to name this publication. Making mayonnaise this way may not be effortless -- the synonym many people associate with 'simple' -- but it is 'fundamental and straightforward,' which is to say the greatest effect conjured out of the fewest possible means."

Early issues of SC were mostly about the basic regional cuisines of the U.S. Just Another Bowl of Texas Red, his pamphlet on chili, now out of print, can be found in his book Serious Pig: An American Cook In Search of His Roots, but topics have ranged widely in recent years: Ecuador, West Africa, Kazakhstan, Korea. Even in a discussion about street food in China, however, the writer keeps touching base with American culture:

"In [America], there is nothing casual about casual eating. Food, even snack food, comes well-wrapped, both physically and metaphorically. Those wrappings signal order, sanitation, property boundaries and more ... At home, snack makings are hidden inside cabinets and the refrigerator, where they're packaged up in bags, jars, boxes, aseptic containers. Consequently the appetite isn't allowed to flow smoothly from the moment of hunger to that of fulfillment but continually brought up short along the way, like a dog on a leash. As a result, we end up spending more, eating more and enjoying it less."

To be continued ... Meanwhile, if your curiosity has been piqued, visit John and Matts' Web site: www.outlawcook.com.