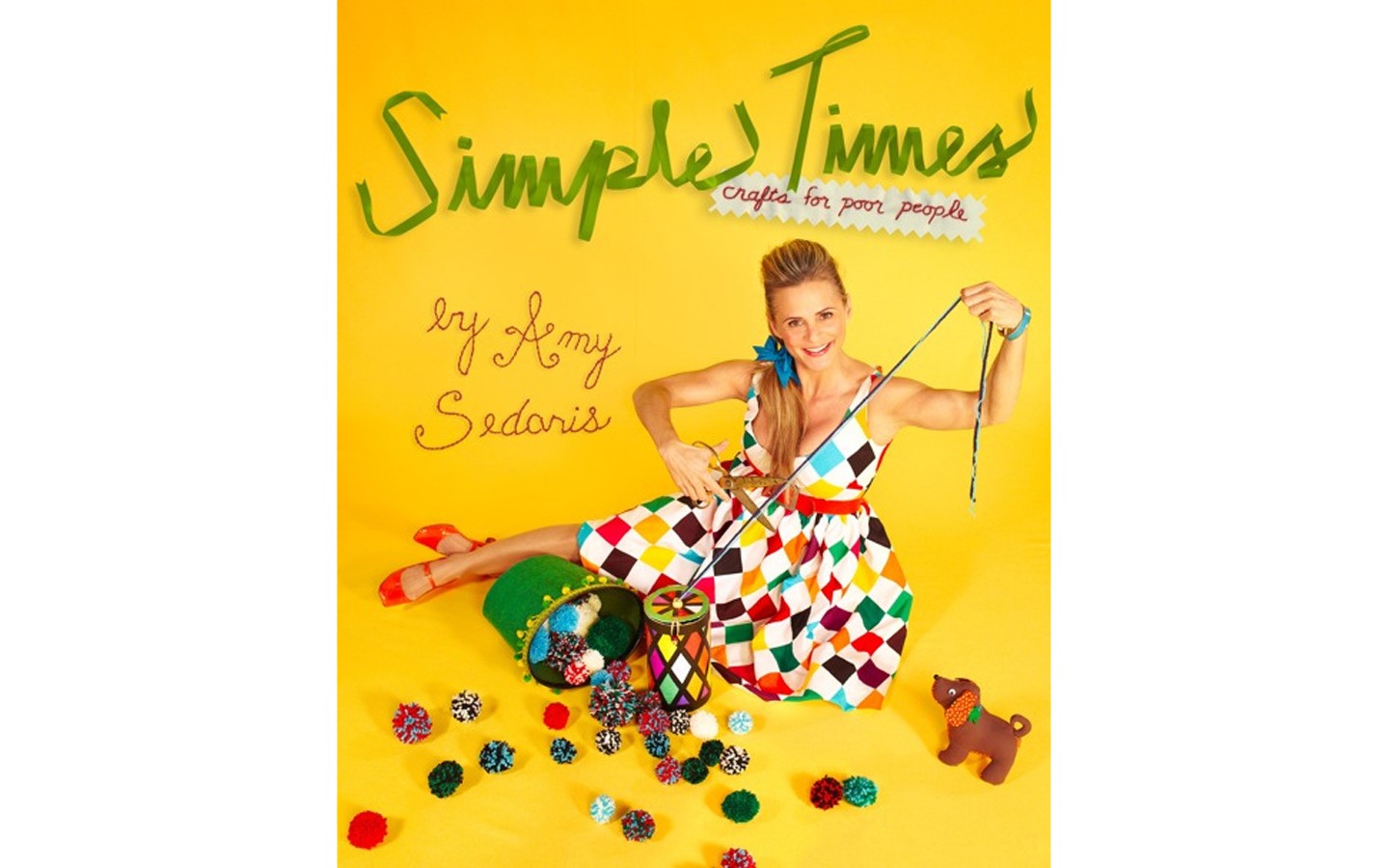 At 304 pages, with a chapter on "fornicrafting" and several (fake) gruesome shots of crafting accidents, Amy Sedaris' new book, Simple Times: Crafts for Poor People, is not for the fainthearted. Neither, despite its title, is the tome particularly useful for crafters or the financially challenged. What Simple Times does provide is reinforcement that Amy Sedaris, along with co-author Paul Dinello, is wicked funny with a fine eye for color, layout and a gift for satire. Those who've read Sedaris prior book, I Like You: Hospitality Under the Influence, will recognize, and appreciate, the biting wit underneath the sugary prose.

Take the "At Rest" chapter: Sure, Sedaris writes, a lovely bouquet might seem adequate for a funeral -- but why stop there when "you can craft artificial flower-like bogus blooms out of crepe paper!" The ridiculousness only improves from there. Lost a pet? Sometimes that's even more painful than losing a human, "because in the case of the pet, you were not pretending to love it."

Or the "Confectioneries" section, which contains actual useful recipes for such delights as "Brown Browns" -- peanut-butter-Rice-Krispies-chocolate-chip treats -- mixed in with more questionable "crafts" such as a "gumdrop wreath" and the completely off-kilter statement, "Everyone enjoys seeing old people lick lollipops." Despite the goofy prose, this chapter contains a plethora of utterly tasty indulgences in the form of fudge, cookies, caramels and "Ooey Gooey Bars."

Less practical but no less entertaining is "Making Love," the aforementioned chapter on "fornicrafting." While most folks might not mix gluing googly-eyes onto felt with bumping uglies, Sedaris points out the pros of such a combination: "...[L]overs get to experience the joy of nurturing something they care for, without the downside of repeatedly having to bail it out of jail." (Point taken, sister. Point taken.) Readers are served up a whole page devoted to "beautifying the pleasure patch," the options of which include, for the guys, "The Dust Bowl" and "The Gopher's Nest," while the ladies are advised on "The Sizzle Strip" and "The Mutton Chop" among others.

More innocent options abound in the "Joy of Poverty" chapter, in which Sedaris elaborates on the key benefit of being perpetually short of cash: "a fortunate opportunity for creative resourcefulness." The joke continues with suggestions such as "The Unable to Make Ends Meet Belt" -- which might make readers completely miss the delight of "Poor Man's Toffee," which is actually a quite fine method of creating dulce de leche. And that's rather the reward of the book: hysterical laughter interrupted by occasional practical advice. If you're not too poor to drop $30 on Simple Times, odds are, you'll enjoy.