Six Rivers (By Any Other Name) 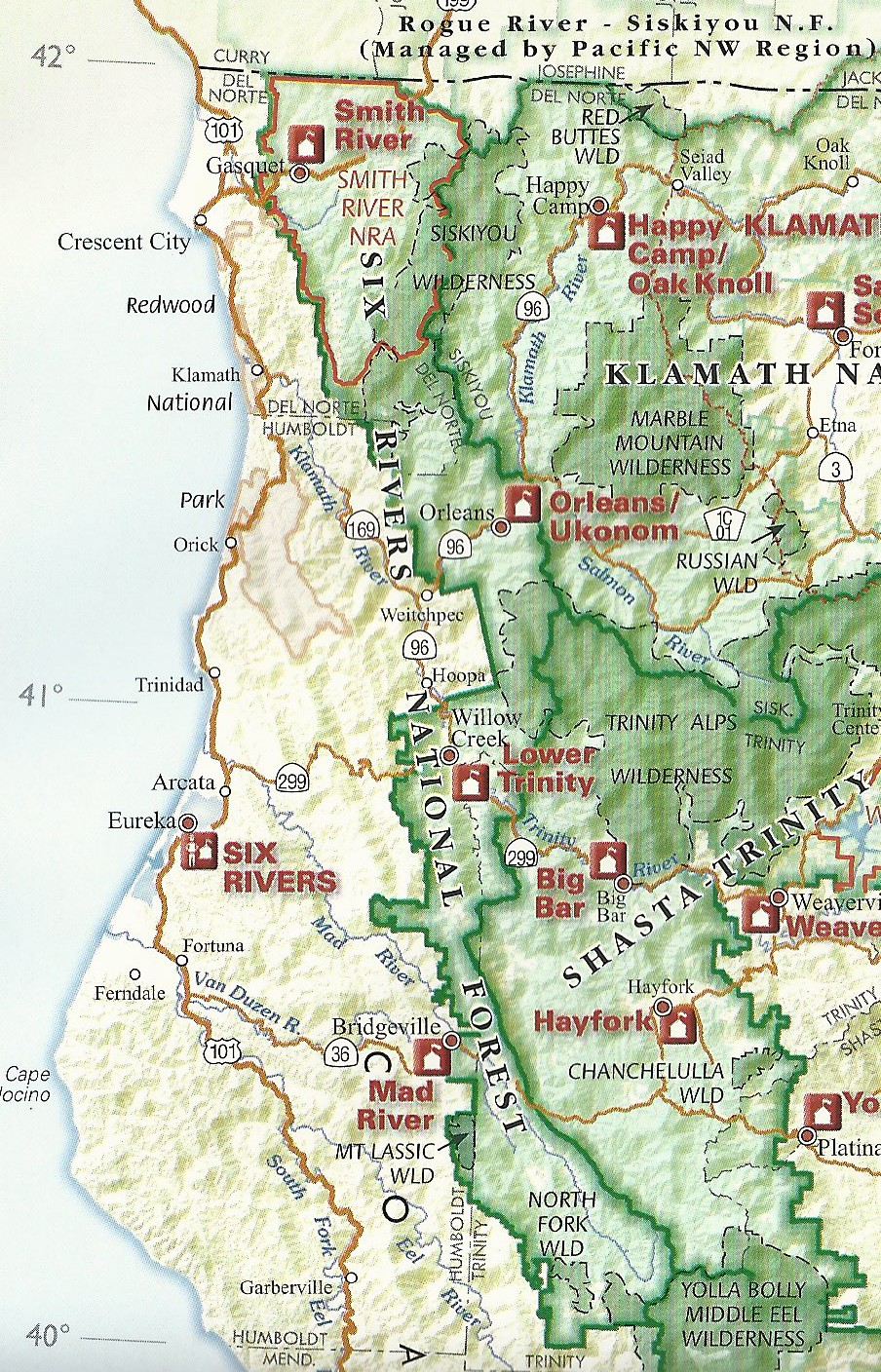 How many phrases starting with "Six Rivers" can you come up with? Let's see, we've got Six Rivers Brewery, Optical, Running Club, Masonic Lodge, Real Estate, Medical Clinic, Planned Parenthood, Bank ... and many more. The "Six Rivers" moniker might never have been, though. In 1946, when a name was being sought for the state's newest national forest, Six Rivers was one of dozens of proposals. It was chosen essentially by default as the least controversial and easiest to change if necessary. ("Nobody will go to war over the abandonment of ‘Six Rivers,'" wrote a DC-based USDA official at the time.) Proposed names included:

Bret Harte (1800s Union -- now Arcata -- newspaperman before his success as a novelist and poet).

Starr King (California minister and politician, "the orator who saved the nation" by persuading California lawmakers not to secede during the Civil War).

Yurok (dropped because the tribe's homeland lay outside of the new forest).

Gregg (Dr. Josiah Gregg, along with L.K. Wood and six others, rediscovered Humboldt Bay in 1849).

Ehrenberg (Cartographer Hermann Ehrenberg "discovered" the mouth of the Klamath in 1848).

Redwood or Redwood Empire (rejected because of the lack of significant redwood stands within park boundaries).

"Six Rivers" was actually the second name proposed by California author Peter Kyne (whose novel The Valley of the Giants was made into a movie in 1919, again in 1927, and yet again in 1939). Kyne originally proposed "Cinco Rios" after counting just five rivers within the new forest. Local foresters insisted that (1) Kyne was one river short of a full name and (2) Spanish explorers had little influence on the North Coast. Kyne reconsidered, and Six Rivers it was and is. On June 3, 1947, President Harry Truman proclaimed the new national forest, an amalgam of parts of Trinity, Klamath and Siskyou national forests. It covers nearly 1,700 square miles (10 percent larger than Rhode Island) in a thin strip from the Oregon border to Mendocino County. The six rivers are:

Klamath (15,751 square mile watershed basin, 263 miles long.) Rising in Oregon, it's the only one of the six that flows from out of state. Efforts are under way to remove four of the upstream dams (Field Notes, 1/15/09).

Trinity (2,853 sq. mi., 165 m.) Tributary to the Klamath, meeting it at Weitchpec. The Hupa people called the river the Hoopah. South Fork Trinity is the longest free-flowing river in California.

Eel (3,684 sq. mi., 200 m.) Named for the lampreys that Josiah Gregg received in a trade with local Wiyot Indians, mistaking them for eels.

Van Duzen (429 sq. mi., 63 mi.) Named by Josiah Gregg, the Van Duzen is tributary to the Eel, meeting it downstream of Rio Dell near Scotia Bluffs.

Mad (497 sq. mi., 113 m.) The Mad flows freely for 85 percent of its length, until it reaches Ruth Lake/Matthews dam. The name stems from Josiah Gregg's argument with the rest of his party at the mouth of the river (Field Notes, 3/12/09). It's the only one of the six not designated a National Wild and Scenic River.