The snail on steroids 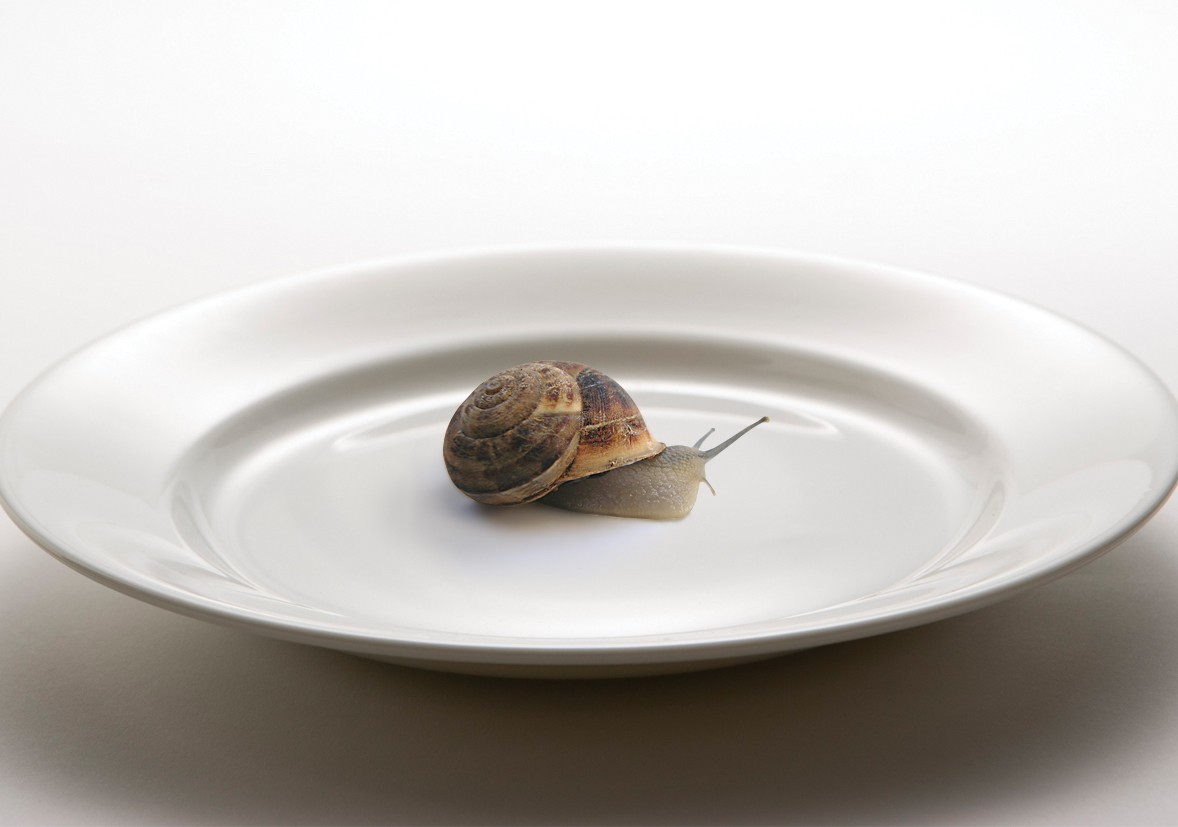 At the Slow Food International convention in Turin, Italy last weekend, I joined food lovers from around the world as they perused a vast indoor market stocked with some of the tastiest morsels to be coaxed from the land anywhere. Samples were flowing in the great hall, dubbed Salone del Gusto (Salon of Taste). Rows of stalls filled the 324,000-square-foot exhibition space, offering delicacies like prosciutto from acorn-fed pigs, bread baked on maple leaves, blue-tinged Persian salt, brewed beans gathered from the wild coffee forests of Ethiopia, Sicilian spleen sandwiches and countless other gastronomic treasures.

As wine glasses were swirled and sniffed and the souls of 10,000 stinky cheeses were searched, a foodie encounter of a different sort was taking place in the building next door. There, 6,400 farmers, fishermen, cooks, food activists, teachers and students from 161 countries were engaged in three days of intense dialog. This was the other half of the Slow Food convention, called Terra Madre, Italian for "Mother Earth."

Although the participants at Terra Madre came from dramatically different contexts, the common ground they shared was solid. Each is working on his or her own piece of a larger puzzle: How to save the landscapes and cultures that produce the kind of delicacies so savored across the way at the Salone del Gusto.

In addition to talking shop on a variety of issues related to food production, Terra Madre participants gave presentations to their colleagues on many subjects. One, on the importance of the moringa tree in Kenya, might not seem relevant to, say, the Amazonian Guarani tribal members in attendance. But the Guarani's Juçara tree, which produces palm hearts and açaí, fills a similarly central role in their culture, and faces analogous threats from environmental destruction. Other presentations covered topics like sustainable seafood, seed patents and farming in arid climates.

Slow Food began in 1986 when Carlo Petrini, a journalist, staged a successful protest against plans to build a McDonald's on the Spanish Steps of Rome. Since then, the movement has turned into an organization that's been through many transformations, and is currently working to shed its image as a pleasure-based club of a privileged few with the time and means to linger for hours at the dining table.

"I'm sick of masturbatory gourmets, people who smell a glass of Bordeaux for half an hour and speak divinely, as if they are priests, 'Oh, it has the wonderful smell of horse sweat,'" Petrini emphasized at a press conference during the 2008 Slow Food convention. He started Terra Madre in 2004 to help bring Slow Food in line with its mission of supporting food that's "good, clean, and fair."

Terra Madre can be chaotic, and at times difficult to grasp. One journalist I met complained that he wasn't learning anything he didn't already know. I wondered if he already knew how to prepare a wedding feast from moringa leaves. I suggested to him that Terra Madre isn't for food journalists. It's for people with hard, dirty hands. It's a place for them to meet and share ideas for solutions to the obstacles they face in trying to produce good food on healthy land.

Unlike the Salone del Gusto, Terra Madre wasn't open to the public. The participants were selected via an application process, and those chosen as delegates had their expenses paid by Slow Food.

"Terra Madre is a moment when people can realize that they're not alone. It profoundly changes how people live their lives afterwards," said Josh Viertel, president of Slow Food USA.

One morning, Viertel led an energetic gathering of more than 700 delegates from the U.S., and in that packed room the stereotypical Slow Food image of leisurely indulgence was nowhere to be found. What you found instead were people on a mission. One of the many resolutions agreed upon was that each chapter of Slow Food USA would partner with a chapter in Africa, with the first priority to do what they could to help their African counterparts grow gardens.

Invoking the pace of Slow Food's mascot, the snail, Viertel reminded the group that, "It's only taken 60 years to screw up our food system. If it takes another 60 years to fix it, that's OK." Petrini spoke next, emphasizing transformation, whereby old ideas that still work can be maintained, as preferable to revolution, where the good is sometimes tossed out with the bad. Nonetheless, the revolutionary spirit in the room was palpable. There was chanting, clapping, and stomping, and the energy recalled that of other social movements.

The civil rights, anti-war, labor or feminist movements would not have been what they were without the input and passion of younger generations, and the same is true with Slow Food. One subgroup at Terra Madre, called Youth Food, was the most energetic. A mentoring workshop was arranged in which elders of the sustainable farming movement were paired with aspiring farmers. The discussions included topics like how to buy land on a farmer's income, how to develop relationships with chefs, how to run a good CSA, how to set up a proper bee hive and protect basil from the wind. Already, farmers in their early twenties are doing things like creating a program in South Africa that's trained thousands of teenagers in organic farming and establishing a honey industry in Southern Brazil to provide economic incentive to save the local catinga forest. Hearing about this kind of activity was inspiring to the other youth -- and to the elders as well.

At Youth Food's final meeting Petrini told the group, "food and food culture [has] become an expression of power ... [It has] become a rediscovery of people's relationship with the landscape... We're not just talking about food and agriculture, we're talking about spirituality."

The excitement generated, the information exchanged, and the networking that transpired at Terra Madre all conspired to invigorate a community that's driven to create real change. The snail may still be the Slow Food mascot, but I left Terra Madre believing that what happened there could expedite the pace of real change in the food systems of the world.