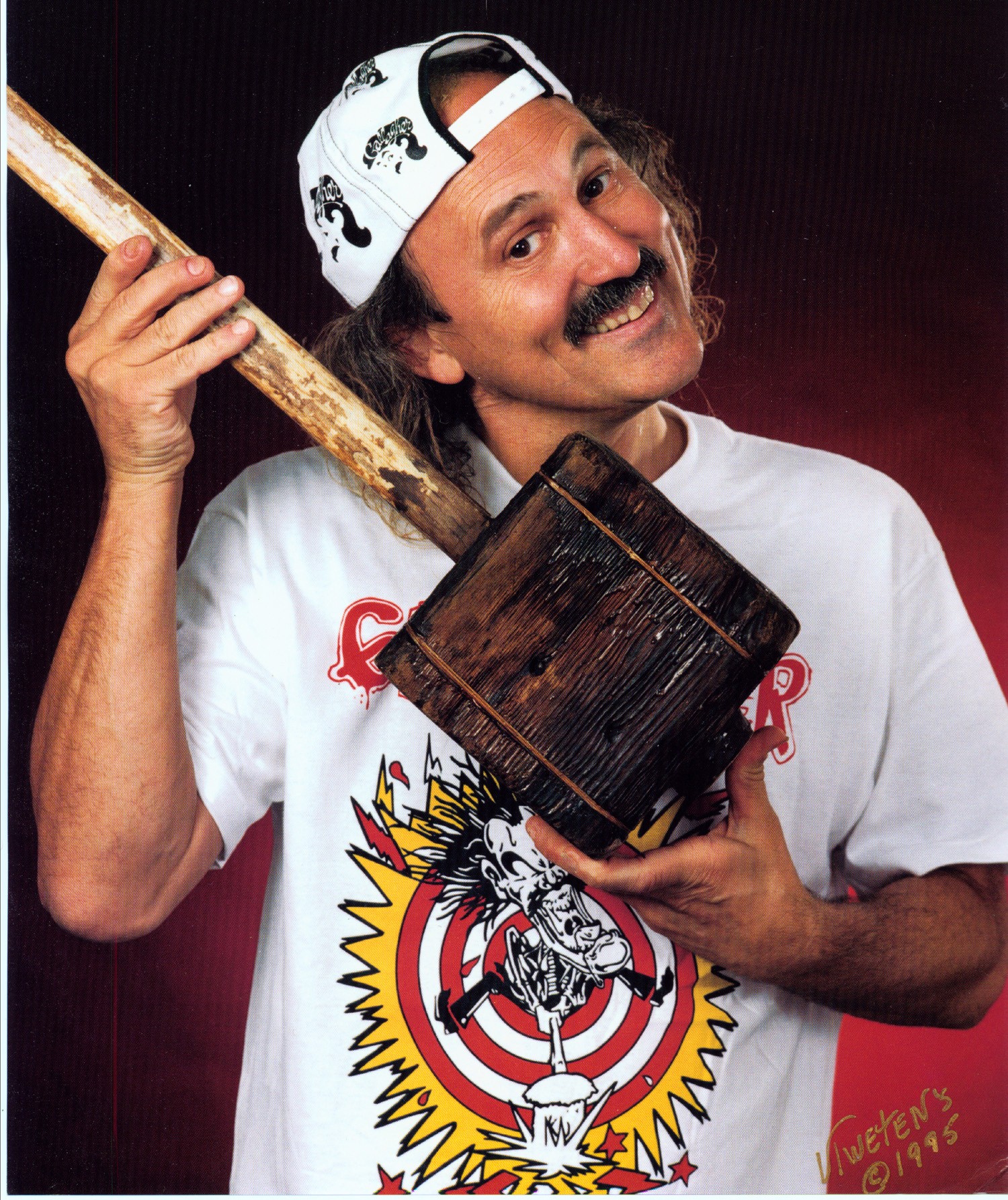 Somewhere in the world, this very second, someone is suffering the indignity of not having food to eat. Even now, in 20-freakin'-10, with the benefit of once unimaginable agricultural, technological and political advances, people are still going hungry.

In other news, Thomas Malthus's favorite comedian, Gallagher is coming to the Eureka Theater on Sept. 24 at 8 p.m. Yeah, that Gallagher. You know, the guy who uses a big hammer -- in case you were wondering, he calls it the Sledge-O-Matic -- to smash watermelons etc. onstage, splattering the sweet, wet flesh on the faces of audience members while they giddily clap and act as though they're surprised that every action has an equal and opposite reaction. At age 64, Gallagher is still making fruit explode. And people are still paying to see him do it. ($25/$20 adv.)

Are world hunger and Gallagher's act somehow related? Whoa. Did I say that they were? Back up off me.

Did I mention that this is the real Gallagher we're talking about here? Just wanted you to know that I understand the need to clearly state this fact so that serious Gallagherphiles know they ain't gettin' ripped off. Let me assuage your fears: This is the legit one. For those not up on your Gallagher lore, let's catch you up...

See, in the early ’90s there was this other guy who called himself "Gallagher Too" who would hit the smaller markets, the ones Leo Gallagher would never be caught dead in, and do the Gallagher shtick. Now, yes, this guy was Leo's unemployed brother Ron, who naturally looks a lot like his more famous sibling. And, yes, initially Gallagher Too toured with his brother's blessing, expanding the franchise. That is until Ron started blurring the lines of the agreement that stated Ron must explicitly state that he was "Too," a second-rate fruit killer, so as not to sully Leo's good name. There was a brother-to-brother lawsuit. The more famous original Gallagher won. Things are now as they should be.

That leaves Leo to swing the hammer in podunk Eureka. D'oh! If only he could convince Dave Chapelle to reprise his "Black Gallagher" persona to play to the hoi polloi. Now that would be awesome. Here's hopin'.

Anyways, listen up Humboldt produce peddlers! This is not a drill. If you play your cards right, you could have a large order to fill this week. Start sucking up. Visit www.eurekatheater.org for more info.