At the end of his career, the versatile director delivers a bravura thriller 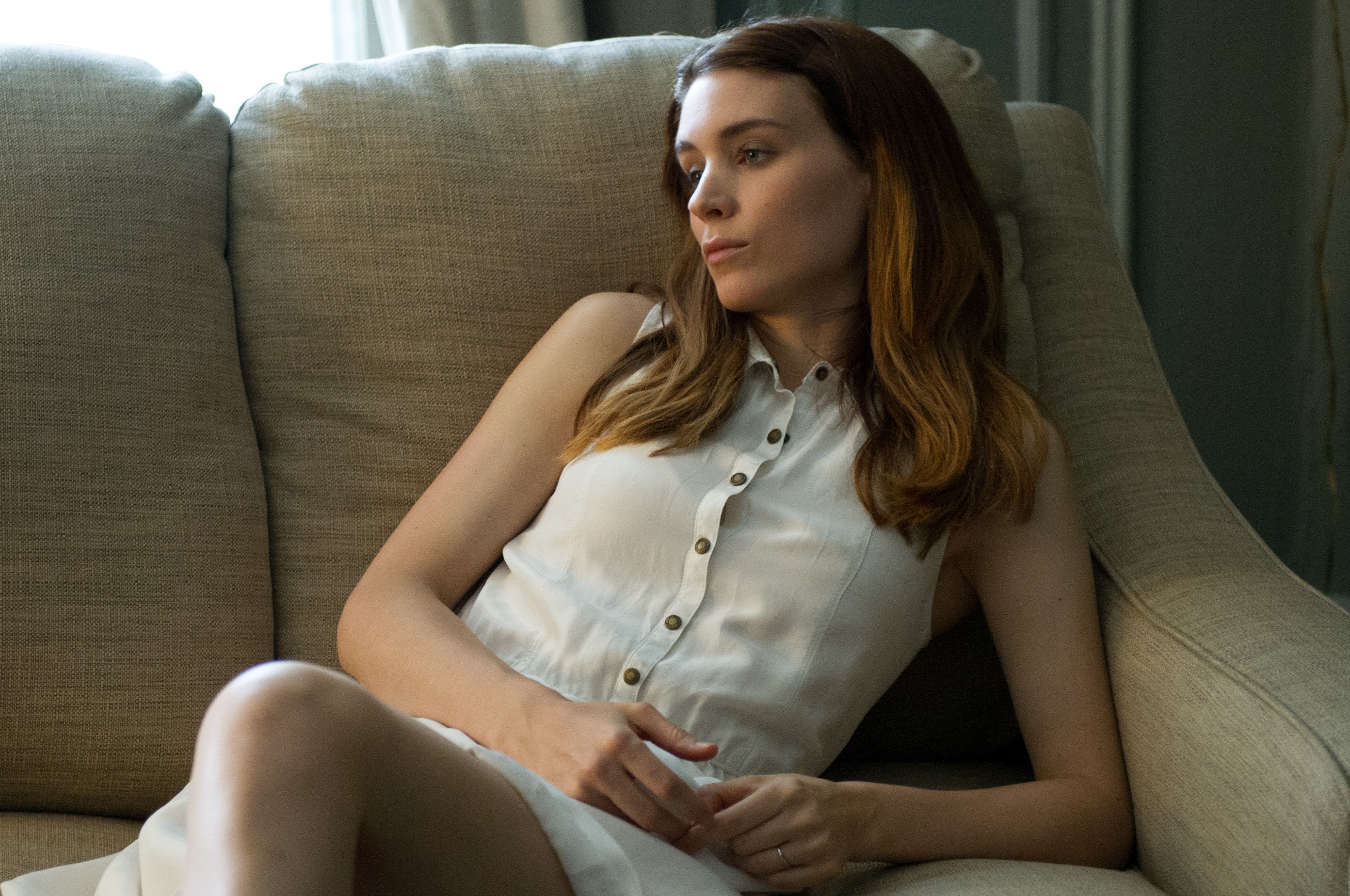 SIDE EFFECTS. Steven Soderbergh seems intent on retirement. He has said this will be his penultimate movie (there's Behind the Candelabra, a Liberace biopic, in the works for HBO). Pity; lately he's been traversing eccentricity and accessibility with aplomb, producing some of the best work of his almost inestimable career.

For some reason his last three films (some of my favorites) have been released among the dross and chaff of late winter. The enormous success of the Ocean's trilogy bought him time and distance to indulge his penchant for oddball projects, but apparently not the large-scale marketing said oddballs deserve. Magic Mike was easily one of last year's best, at once a cutting commentary on contemporary economics and a sort of underdog sports/performance drama. Haywire played immensely entertaining games with the "spy come in from the cold" genre of the 1960s. Both came and went with distressingly little fanfare. Now Soderbergh has made a compact, tricky noir thriller that also happens to snarkily take on big pharma. Side Effects engrosses from the outset, and blossoms as it progresses with Hitchcockian scope and convolution.

Saying much about the plot could easily spoil it. This can safely be said: Martin Taylor (Channing Tatum) is released from prison after serving four years on an insider trading conviction. His wife Emily (Rooney Mara), though glad to have him back, wallows in depression and laments the loss of their formerly luxurious lifestyle. A self-destructive incident lands her in the care of a Dr. Jonathan Banks (Jude Law), a Manhattan headshrinker with a decidedly upscale clientele and attendant monthly nut. He prescribes her a variety of anti-depressants to little effect. After a drug company taps him to participate in the development phase of a new drug, he signs Emily up as a case study. Shortly after she starts taking the medicine, the lives of everyone involved are permanently, tragically altered.

And that's just the first half. In the early going, it's easy to peg Side Effects as a socio-political screed, an agenda movie about emotional isolation and a culture's over-reliance on prescription drugs. But after the turning point I've alluded to, it becomes clear that Soderbergh and writer Scott Z. Burns (they formerly collaborated on Contagion in 2011 and The Informant! in 2009) have other ideas. The good Dr. Banks' delicate ivory tower starts swaying, due in no small part to the influence of his colleague Dr. Victoria Siebert (Catherine Zeta-Jones), and some troubling information from his past. Things that once seemed honest and clear are quickly obfuscated, and we find ourselves in the thick of a classic whodunit.

As in most of his late-period movies, Soderbergh's visual style here is distinctive, but unobtrusive. His cinematography varies attractively from chilly, wet New York exteriors to the warm-honey ambience of tony apartments. He moves the camera and frames compositions in clever, original ways but knows when to hold a medium shot or a close-up and let his actors do their work with the script. And they do universally smart, compelling things with it. Mara's performance in particular takes challenging, unexpected turns, and she makes the most of every one. She is utterly believable -- vulnerable one moment, terrible the next. Law does laudable work here as well, giving plausible, nuanced life to Banks' gradual transition from cocksure to broken and obsessed.

The technical prowess of Soderbergh and his crew make this a rather deceptive enterprise. The plot is so twisty, the performances and artistic execution so unified, that it becomes all too easy to watch Side Effects as a fun, idle entertainment. But it is much more than that: It is the work of a popular artist who has truly hit his stride, who can produce art movies that feel like potboilers, think-pieces that play like blockbusters. I can't get enough, and I'm gonna miss him when he's done. R. 106m.

IDENTITY THIEF. Absent Melissa McCarthy (Bridesmaids) and Jason Bateman, there wouldn't be much reason to even bring this up. But because she has perfect comic timing, and he's a straight man for the ages, it kind of works.

Bateman plays a buttoned-down family man and mid-level functionary at a giant financial company. He's cash-strapped and underappreciated. When some coworkers offer him a new lease on his professional life, he seizes the opportunity. McCarthy's loathsome grifter throws a wrench in the works when she steals his identity and casts doubt on the content of his character. Some implausible police work leads him to track her down and attempt to bring her to justice. A bounty hunter and some criminal henchpeople get involved, too.

Despite its shortcomings, I liked Identity Thief for a couple of reasons: First, mainstream comedies with any real humor are too rare these days and this one delivers some real laughs; second, it continues the directing career of Seth Gordon, whose 2007 documentary The King of Kong: A Fistful of Quarters used humor and heart to make the nerdiest of subjects (arcade gamers) accessible and entertaining. So far, his narrative features haven't produced an equal to that great effort. But at least he's getting a shot at it. R. 111m.

BEAUTIFUL CREATURES. The latest teen romance/fantasy trying to capture the lucrative Twilight market stars Alden Ehrenreich as Ethan Wate, a bored teen in a southern town who falls for Lena (Alice Englert), the new girl in town, niece of the mysterious Macon Ravenwood (Jeremy Irons). She just happens to be a witch. Will she turn to the dark side? Or can Ethan's love make her see the light? Rated PG-13. 123 m.

SAFE HAVEN. The sappy romance novel by Nicholas Sparks (The Notebook, Dear John) becomes a movie directed by Lasse Hallström (My Life as a Dog, Salmon Fishing on the Yemen). Julianne Hough (from Dancing With the Stars) stars as Katie, a troubled woman who shows up in a seaside town escaping her past. A kind and handsome widower (Josh Duhamel) offers her safe haven. Rated PG-13.

ESCAPE FROM PLANET EARTH. 3D CGI animated comedy/adventure in space has heroic astronaut Scorch Supernova (voiced by Brendan Fraser) battling evil villain Shanker (William Shatner). When Scorch finds himself in trouble, it's up to his nerdy brother Gary (Rob Corddry) to save the day. Rated PG.

Looking for a date movie for Valentine's Day? The Eureka Theater is screening the '80s romance Dirty Dancing, Thursday night only, with a young Jennifer Grey learning to dance the mambo from a hunky Patrick Swayze. Sigh.

DJANGO UNCHAINED. Quentin Tarantino's Blaxploitation western about an avenging slave in the antebellum South is the most audacious and entertaining film of the year. R. 165m.

HYDE PARK ON HUDSON. It's a slightly awkward weekend when FDR (Bill Murray) plays host to the King and Queen of England, while carrying on with his mistress (Laura Linney). R. 94m.

WARM BODIES. Teen rom-com based on the Bard's Romeo and Juliet -- with zombies. Nicholas Hoult and Teresa Palmer are R and Julie, the star-crossed lovers. PG13. 97m.