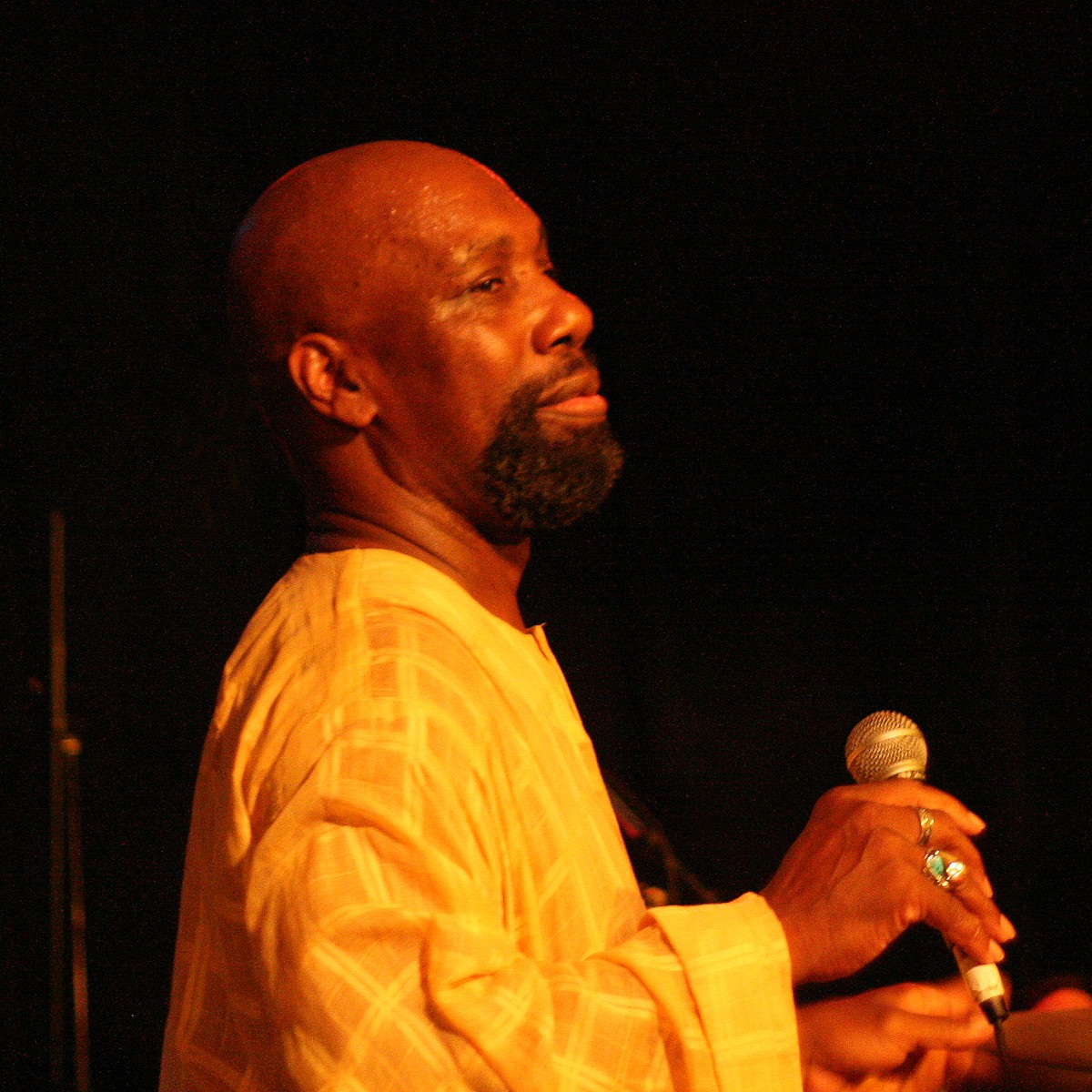 The Old Town Bar and Grill reunion at Humboldt Brews a couple of years ago brought together musicians and music fans from near and far. Among them, the soulful Bishop Mayfield, who was part of the Humboldt music scene from the '70s through the '00s. "I was in all kinds of bands: Straight Shot, Two Weeks Notice, Wild Child, 911, To the Bone, Flex," he recalled in a phone call from his current home in Central Point, Ore. At the reunion he was talking with guitarist Dave Storie, another former local who led the band Commotion back in the day, and realized they were almost neighbors -- both live in Oregon's Jackson County. The result: Mayfield now sings for The Dave Storie Band. This Friday being Bishop's 68th birthday, he decided to celebrate here in Humboldt with a blues and soul bash at Blue Lake Casino's Sapphire Palace. Joining him for the occasion, another local soul/blues veteran, Earl Thomas (backed by Storie's band) and a reconstituted Vintage Rock N' Soul. Wait until you hear that band's new vocalist Dee Hemingway -- she's got soul to spare.

His name, KRS-One, is an acronym for "Knowledge Reigns Supreme Over Nearly Everybody." The Brooklyn-born rapper also known as "The Teacha" drops some knowledge at the Arcata Theatre Lounge Thursday night with Nappy Roots, Gobi and the proverbial "special guests."

Thursday's "Onward and Upward" show at the Jambalaya is a fundraiser for folky songwriter Caitlin Jemma's next CD. Her friends Gunsafe and Lela Roy are down with the cause.

Kentucky born and raised indie-folk cellist Ben Sollee stops by Humboldt Brews Friday with his trio to play tunes from his latest album, Half-Made Man, a merger of folk with classical and alt. rock (and plentiful cello).

It's sad that they're necessary, but benefits to cover medical bills have become a regular thing. Saturday in the Eureka Inn Ballroom, friends of Matt L'Herogan gather for a "fun raiser" to help pay for a lung transplant. The fun starts at 6:30 p.m. with jazz by Pete Zuleger, Bob Ebenstein and Val Leone, moves on to Hawaiian music and hula by Lost Coasters Kanikapila Band, then a solo uke set by Joey Koches from UKEsperience. Guitarist Angel Vargas and his dancer friend Ku-Hsiang Lin offer some flamenco starting around 8 p.m. followed by The Joyce Hough Quartet (9-ish) and, last but not least, guitarist Doug Shernock and bassist Gary Davidson from Play Dead and friends sharing some classic G-Dead tunes. Silent auction: check. Beer, wine, snacks: check. Friends who care: most definitely.

Earlier that Saturday friends of the late Jimmy Dangler will gather at Beginnings Octagon to pay tribute to the cigar-chomping sound man with stories, beer, barbecue and birthday cake. DJ Selecta Prime supplies a reggae-ish soundtrack.

You might remember saxophonist Jessica Lurie from her days with the jazz/jam band Living Daylights. Her latest combo, The Jessica Lurie Ensemble, takes her in a few other directions on a new release, Megaphone Heart. Lurie jumps from sax to flute, accordion and vocals, while Brandon Seabrook shifts between guitar and banjo, and the always-awesome Allison Miller lays down rhythms on melodic tunes that defy easy categorization. Good stuff. Catch the band Saturday when a West Coast tour brings them to the Arcata Playhouse.

Motherlode guitarist/founder Greg Camphuis describes the interaction of the 10-piece funk/Afrobeat combo as "organized chaos." That may be, but it's also extremely funky. The band is at the Jambalaya Saturday night.

Same Saturday at the Alibi: a double bill with two of my favorite local bands, The Trouble and Strix Vega.

Rudi Galindo of Teatro Pachuco is back in town for a Clowns Without Borders benefit Friday night at the Arcata Playhouse. Joining him are Shea Freelove, silk artist Leslie Howabauten, Lisa DaBoit, Jackie Dandeneau and David Ferney. (Since Ferney and Galindo were both in Los Payasos Mendigos, there just might be some striped tights action -- "Listo!")

The Westhaven Center's monthly Humboldt Talent Showcase turns toward the blues Friday night with Sandy Flippin on harp and Keith Schneider on guitar, plus Eclectica, Jasmine and a blues jam to close the night.

The Humboldt Folklife Society has a pair of concerts coming up at the Arcata Playhouse: Sunday it's songwriter, guitarist, fiddler, banjo and mandolin picker Chris Brashear with his old friend Peter McLaughlin, a national flatpicking guitar champion. While he's better known for his instrumental prowess, Brashear's new album, Heart of the Country, features his songwriting. "I never set a course to become a songwriter," he says in a note on his website. "But I saw the ocean, stood on top of the mountain, smelled the dust, ate the olive oil, held on to family memories and, at some point, these things started showing up as songs."

Then on Tuesday HFS presents Irish supergroup Lunasa at the Playhouse. This band headlines major festivals and is very influential right now in Celtic circles, according to deejay George Ziminsky (host of "From Cool Green Shores" on KMUD). The main innovation is the role of Trevor Hutchinson's double bass, unusual in Irish music, at least until now. For a preview of Tuesday's show, tune in Ziminsky's show on Monday at 8 p.m. -- he'll be interviewing the band on the air. BTW, it's also pledge drive time on KMUD. Give 'em some money if you can; the station needs it.

On the reggae front you have British dancehall/reggae star Gappy Ranks at Nocturnum Friday with The 7th St. Band and Seattle-based Bobby Hustle backed by Tripple Crown plus Humboldt's own Rude Lion.

Sunday at the Ocean Grove (aka Club More Fyah) Bonus Productions presents Tanya Stephens. Don't expect a protest. Stephens is a vocal proponent of socially responsible reggae who complained to a crowd at the University of the West Indies, "The music that once spoke to and spread messages of peace and love, now merely judges, condemns and provokes."

Then on Sunday afternoon, a collection of ensembles known as Chamber Players of the Redwoods take on Handel, Brahms, Crespo and others at Christ Episcopal Church in Eureka.

Monday night's choices: A pair of touring stringbands, Head for the Hills (from Colorado) and Fruition (from Oregon) share the bill at Humboldt Brews. Portland's tres cool alt. surf pop trio Orca Team is at the Shanty with equally cool local neo-girl group The Lost Luvs. And AS Presents has New Orleans second line funk masters Rebirth Brass Band in the Depot.

The California Honeydrops are back in town Wednesday, Nov. 14, bringing a blast of rockin' soul to the Jambalaya with trumpet player/vocalist Lech Wierzynski out front. The Honeydrops are a guaranteed instant party.

Something international? On Wednesday at Redwood Raks Humboldt Folkdancers present a band from Oakland called MWE playing Turkish and Balkan music on clarinets, zurna (a Turkish double reed instrument) and davul (a double-headed drum played with sticks, also Turkish). It's dance music -- Shoshanna will do something Middle Eastern, then the folk dancers take over. Dance, dance, dance!