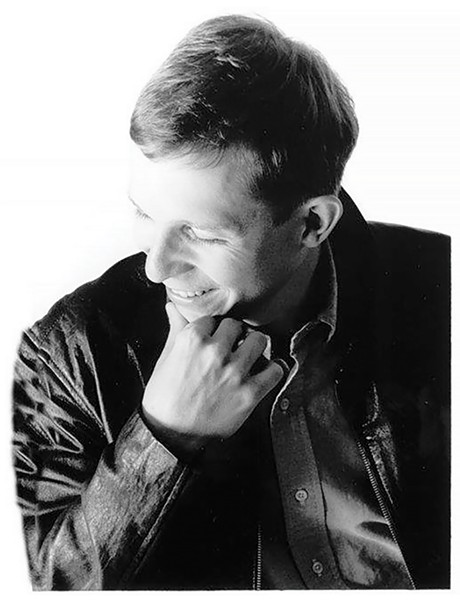 Courtesy of the artist Alexander Tutunov plays the Arkley Center for the Performing Arts on Saturday, March 7, at 8 p.m.

Oh, what a great many options we have here this week. From the theater to the dance floor to the concert hall, from free to pricey, from the 21+ environs of a new watering hole to all-ages events, we have a bit of everything this week.

Now more than ever, getting out and enjoying yourself isn't just a diversion but a much-needed release in an infuriatingly stupid epoch. The best defense against the COVID-19 virus is frequent handwashing and avoiding touching your face. And the best defense against authoritarian fascism is talking to your neighbors and enjoying the diversity of your community. Let's not let the fear of one epidemic abet the spread of another. We all need each other, now perhaps more than ever.

If I do anything fun today celebrating another notch in my 30s, I'm likely to check out the matinee showing of My Neighbor Totoro at the Minor Theatre. It's the delightful Miyazaki film about two sisters navigating their lives in postwar rural Japan while befriending Shintoist kami-inspired wood spirits led by the titular character, a benevolent cat-like creature. However, that ain't live music, so here are two gigs I won't be at but which you can enjoy.

If you'd like some great local jamming in a more intimate venue, let me suggest the Sansfu show at the Basement at 9 p.m. It's free, the bar is well stocked and the atmosphere is convivial but not too loud.

It's the first night of the full weekend grand re-opening (under new owners) of The Jam! This one is a must-see for anyone curious about eyeing the new interior — remodeled, I am told, with nods to the past — and hearing what the sound system can handle. Tonight will be a great test of that, as Deep Groove Society is featuring a cadre of DJs including Marjo Lak, Dirty Bird, My Techno Weighs a Ton, Derek Watts, Bagga Donuts and The Middle Agent. The hour of power is 10 p.m. and the price is $15, $12 advance tickets. Might be a little busy.

The Eureka Symphony has another fine program happening tonight (as well as last night) over at the Arkley Center for the Performing Arts at 8 p.m. "Rhythms from Far and Near" features a Lyric Suite by the Norwegian composer Edvard Grieg, the beguiling and hip-moving Danzon No. 2 by contemporary Mexican composer Arturo Márquez and a closing performance of Gershwin's Concerto in F featuring acclaimed Russian pianist Alexander Tutunov ($19-$49).

My money — if I had any — would be going to The Wood Brothers over at the Arkley Center for the Performing Arts at 8 p.m. ($40). This folk-country roots trio was founded by Chris Wood, the immensely talented bassist for the highly enjoyable and dynamic jazz-jam act Medeski, Martin and Wood. Lots of string work happening tonight, and with much verve, elan and good taste.

Speaking of jazz trios, this one looks promising. Reverso books itself as chamber jazz and is influenced by that American genre as well as fin de siècle French composers like Ravel and Debussy. Tonight at 8 p.m. at The Arcata Playhouse Messrs. Ryan Keberle, Frank Woeste and Vincent Courtois will likely delight on the trombone, piano and cello, respectively, for anyone who wants a lovely continental trip to the past ($15, $10 students and seniors).

Blondies has been firing up the full-bore live music engine lately and I am, as the kids and desperately out of touch media-types say, here for it. Tonight's offering is a rock show featuring Gustaf, a big energy band out of a little town called Brooklyn, New York, at 7 p.m. ($5-$10). Local tones on tap include Two Platoon, the fraternal garage rock duo from Arcata, and Graaag, a newish gothy club band that's just getting underway and should, in my opinion, add another "a" to the name after every good performance scored.

Mummenschanz is a "non-verbal" theater troupe whose prop-based fantastic storytelling has been delighting world audiences for four decades. Tonight that audience will be housed in the Arkley Center for the Performing Arts, and will likely be captivated by this group whose name derives from the German word for "mummers," which is a sort of masked mime from medieval days. These masks, however, are large, living and full of vibrant color and magical moving parts. This is an all-ages shindig so think about that if any members of your family have the midweek blues and could use a cheering up ($25-$39).

Full show listings in the Journal's Music and More grid, the Calendar and online. Bands and promoters: send your gig info, preferably with a high-res photo or two, to music@northcoastjournal.com.

Collin Yeo lives in Arcata and prefers he/him pronouns. He would like to note the passing of Father Ernesto Cardenal: poet, priest, Sandinista, liberation theologist and Nicaraguan. May he rest in peace.