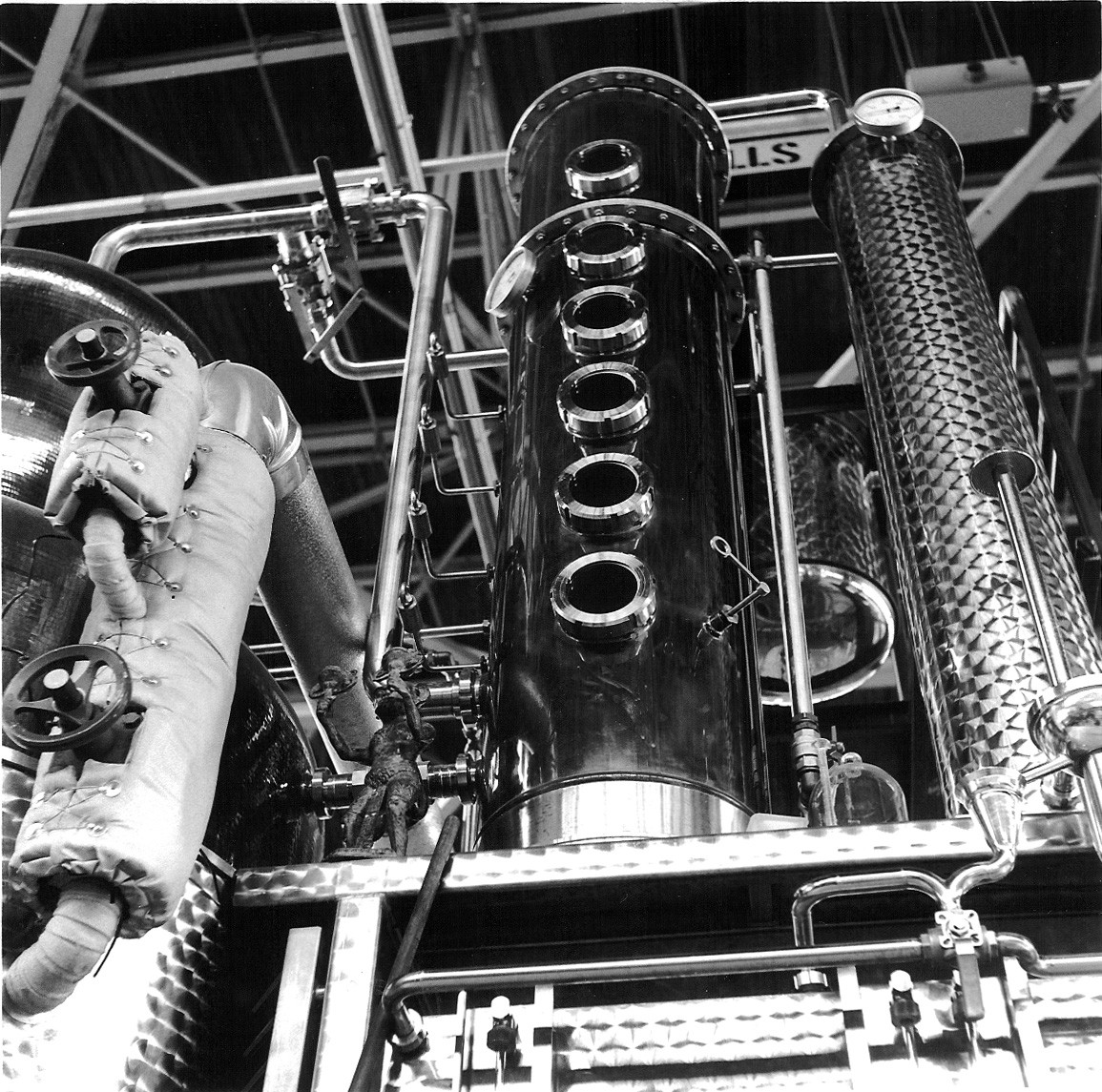 "Is it all right?" asks the tasting room bartender Chris, looking down quizzically at my barely touched vodka shot.

"It's fantastic," I tell him. "Just pacing myself." He pours the rest out, but he's not happy about it.

And it really is a damn fine vodka, a vodka to put Goose-swillers in their place, a surprisingly floral and complex and lovely blend of two vodkas actually, one distilled from wheat and the other from viognier grapes. If you have ever felt that white wine wastes your time, what with all that fruit and oak and dismally low alcohol content, this grape-based spirit will get you right down to business: It's crisp and dry and straight to the point.

I'm at the St. George Spirits distillery, which is located on a decommissioned naval base in Alameda, Calif., working my way through a $15 tasting that they refer to as Basic Training.  (I get the impression that there was once a more extensive training -- an officers' school, perhaps -- from a sign informing visitors that they are no longer offering full pours.  Ten half-shots of vodka in an hour is enough for anyone, even at a naval base.)

I have brought along my father, who is puzzled by the idea of tasting vodka at all, much less before noon on a Sunday, but who has ridden gamely along in the hopes of catching some Margaret Bourke-White-esque shots of distillery equipment -- copper pots and so forth -- with his Rolleiflex. This turns out to cause quite a stir in the tasting room.  He hates it when people make a fuss over his weird-looking old film camera, but we're at a place where they make booze in handmade copper pots. If you don't want people to comment on your camera, don't point it at a room of slightly drunk hipsters who have paid admission to look at weird old equipment, that's all I'm saying.

That first pour was Hangar One, a vodka named after the hangar in which the distillery is housed, only when it came time came to hand out hangars (I learn on the tour), they couldn't get into hangar one and had to settle for hangar 21.  The problem is that any bottle of booze with the number 21 on it seems to scream "drink this in its entirety on your twenty-first birthday, consequences be damned," which might not get a craft distillery the kind of media coverage it's looking for. (My father rolls his eyes at a joke from the tour guide about how "Hangar 18" would be a better name for that sort of vodka anyway, since anyone who can be drafted should be able to drink. "Somebody tell that kid we haven't had a draft since before he was born," Dad whispers. But we agree to let the kid do his job and we'll do ours, which is to drink vodka and make photographs.)

The next pour is -- you may need to sit down for this -- a mandarin blossom-infused vodka soaked in nothing -- nothing! -- but the honeyed heavenliness of citrus flowers, along with a little peel to amplify the flavor. How many times have you walked past an orange tree in bloom and thought, "What I wouldn't give to drink a glass of that at 80 proof right about now?" Today you can.

It really is the perfect marriage of flowers and booze, yet still I manage to take a sip and set the glass down. Chris eyes me suspiciously again. I don't tell him what the rest of my day looks like, that I have a long drive ahead and actual work to do at the end of it.  The twenty-something drinkers next to me are celebrating someone's birthday; they have decided to get "daytime drunk" starting right this minute. Let them make up for my abstemious behavior.

Our tour guide scoffs at the way makers of vodka in fancy frosted bottles claim to have filtered their vodka eight times, "through moon rocks and diamonds and cats' asses. You know why they do that? Because their vodka tastes like shit, that's why! Fuck that."  Dad looks a little shocked -- they don't use that kind of language at the wineries in Sonoma -- but I remind him that we're all adults here, and on a naval base, besides. The point is that St. George employs only minimal filtration through cellulose ("like a coffee filter") to clarify the vodka after a fruit infusion. You're supposed to taste a little something in these vodkas, and you do.

And there is whiskey.  Oh, yes, there is whiskey.  This is a single-malt (meaning all barley, made at one distillery) whiskey called, appropriately enough, St. George Single Malt Whiskey, that has been aged idiosyncratically in barrels that once held bourbon, Jack Daniel's, port or sherry.  The JD barrels, our guide assures us, have been scraped down and charred again to eliminate the Tennessee whiskey essence, but the other barrels are supposed to exhale their flavors into the spirit. The bourbon lends it a little sweetness, and the port and sherry contribute a suggestion of fruit.  Each barrel is filled and aged until it tastes right, then blended in a tank to make a totally unique batch. I taste Lot 10, which, at fifty bucks a bottle is good enough to take home, but I'm told that Lot Five is the one to get if you can find it.

Oh, and there is absinthe, too, but we'll save the absinthe for another day. Meanwhile, here's the sort of thing that bartenders recommend doing with that mandarin-infused vodka -- and I recommend it, too, quick, before summer slips away, as you know it will do if you don't slow down long enough for a cocktail hour now and then:

Created by Darin Brunson of Double Dutch in San Francisco

Shake and serve in a martini glass, and garnish with a twist of orange. Float a flower in it if you're feeling festive. Squeeze a piece of peel around the rim for additional wonderfulness.  Remember that Lillet, a fortified wine, can be stored in the fridge for a couple of weeks, but not forever.  Invite some people over, make a batch of these, and drink any leftover Lillet on its own as an aperitif.