Claims against Eureka are common, payments are not 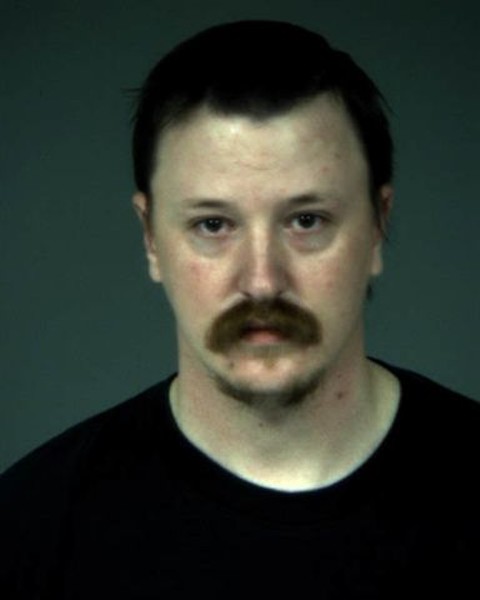 Despite a number of high-profile police shootings, and the recent arrest of a Eureka Police officer by his own department for an alleged assault, few people who file injury claims against the Eureka Police Department are paid. With one notable $4 million exception, claims against EPD rarely seem to pay off.

Every year dozens of claims are filed against Eureka — they range from worker's compensation and disability claims to liability regarding city infrastructure, police or other departments.

Some of those claims are accepted. (A sewer backup, if it's the city's fault, is rarely disputed.) Many others are denied — some end up in court; others are dropped by the claimant.

To protect itself from claims, Eureka is part of the Redwood Empire Municipal Insurance Fund, an insurance and risk management collective similar to hundreds around the country.

REMIF is a joint powers authority made up of 15 Northern California cities, including Arcata, Eureka and Fortuna. When someone claims a city owes him or her money, the city turns to REMIF, which investigates claims, hires attorneys to defend the cities, and pays out claims when they're deemed valid by their own investigation, or in some cases a judge or jury. "They adjudicate it. They process it. They defend it," said Eureka City Clerk Pam Powell.

It's not a cheap service. For fiscal years 2002/2003 to 2013/2014, Eureka paid more than $5 million in premiums to REMIF, an average of $420,000 per year. But REMIF General Manager Mark Ferguson and an insurance pool association director say it's far cheaper than contracting directly with an insurance company.

In return, REMIF made liability payments of $1.3 million on behalf of Eureka between March 2002 and October 2012. Just under half of those payments — $642,000 — were for claims against the police department.

In April, the Eureka Police Department announced the arrest of one of its own following a several-month-long investigation into an on-duty assault.

According to court documents, Sgt. Adam Laird was caught on video kicking a man twice while the man was being handcuffed by another officer. Laird did not mention the use of force when recounting the incident for an official report, a DA investigator wrote in support of an arrest warrant.

Laird pleaded not guilty to the charges.

As of Monday, no claim had been made against the city in response to the incident, said City Clerk Pam Powell.

That's significant because Laird was previously involved in the events that led up to the death of Martin Cotton in 2007 — which became the most expensive liability payout in the police department's history. After a physical altercation with police, where at least one witness said Cotton was punched, kneed, kicked and hit with a baton, Cotton died in the Humboldt County jail. Neither Laird nor other officers involved were charged in Cotton's death, but in a 2011 civil suit against the city, a jury awarded Cotton's family $4 million — along with smaller payments from officers, including Laird.

The Cotton claim was the biggest single payout on behalf of the city of Eureka in the last 10 years, and the only significant payout to an individual, said REMIF General Manager Mark Ferguson.

REMIF paid $172,000 to Cotton's family. A "superpool," made up of approximately 150 joint power authorities like REMIF, paid the rest of the $4 million awarded to the family.

Disasters such as fires and floods may ring up expenses that require REMIF to tap into its superpool, Ferguson said, but it's rare for liability cases.

Of nearly 100 claims against the City of Eureka's police department between Jan. 18, 2000 and Dec. 21, 2012, 18 were filed for excessive force or brutality, injuries caused by EPD or wrongful death.

The Cotton claim was the most notable of those filings, and the most costly to REMIF, though Ferguson said it's unclear how many of those claims cost the pool money. It's particularly rare, he said, for REMIF to pay out claims to an individual. He couldn't say how many times that had happened — REMIF's database doesn't allow them to sort claims that way.

Aside from the Cotton claim, the last payment to a claimant that Ferguson could remember was a 2005 payout to plaintiffs who had been pepper-sprayed while protesting logging practices in 1997. Officers swabbed pepper spray into the eyes of protestors who, in separate instances, had chained themselves together in Pacific Lumber Co. headquarters and Rep. Frank Riggs' office in Eureka. Their award: $1 apiece. Still, Ferguson said, that was a costly suit for REMIF because they paid attorney fees to defend Eureka in the eight-year-long suit.

That's not uncommon. In several high-profile police shootings, including Cheri Lyn Moore and Christopher Burgess, claims were filed against the city, but the city eventually prevailed and no damages were awarded to family members. REMIF still paid for attorneys and investigations into the claims — around $40,000 in Burgess' case, according to Ferguson.

The rest of the bodily injury claim payments came from car accidents. REMIF paid between $300 and $12,000 per incident, which included Police Chief David Douglas rear-ending a car in 2004 and an officer hitting a woman in a wheelchair with his car in 2011. In those cases, the money was likely paid to the city or the citizen — depending who was at fault — to reimburse medical costs or auto repairs, said REMIF Claims Analyst Elena Piazzisi.

Another $350,000 was spent defending personal injury claims that REMIF General Manager Ferguson described as personnel matters. Those, he said, are often much costlier for REMIF, whether or not an award is issued. "They're really heavily investigated. Personnel issues are really tough."

Jenny Emery, executive director of the national Association of Governmental Risk Pools, said joint agreements between cities — which began in the late 1970s — have saved taxpayers billions of dollars.

"Basically, it grew out of a lack of interest on the part of the traditional insurance industry of providing the kind of insurance and risk management that the public agencies wanted," she said.

Now, Emery says, 80 percent of public entities such as schools, counties, cities and special districts are members of insurance pools.

REMIF, by tapping the spending power of 15 agencies, is able to negotiate better prices from insurance companies.

"Whenever you get more dollars together you get more bargaining power," Ferguson said. "The basis of a premium is you pay for your claims eventually. If cities have a lot of bad accidents, their premium goes up. Average premium is pretty stable. No matter how good a program you have, eventually a bad claim will come out."

Claims are often the only tool that citizens have to report and combat police abuse.

Despite the scarcity of prosecutions, McGinness said an "overwhelming majority" of complaints — he estimated 90 percent during his 30-plus year tenure as the Sacramento County Sheriff — come from fellow officers.

McGinness chalks that up to modern training.

"Things have changed a lot since the early '90s: Rodney King and events to follow," he said. "Good people drawn to police work are not inclined to tolerate that kind of conduct on the part of their colleagues."

Administrative consequences are more common than prosecutions, and civil suits are sometimes brought against officers in brutality and assault claims where criminal charges are not.

"To prevail in a civil suit for excessive force — first of all it only takes a mere preponderance of evidence; it doesn't establish guilt beyond a reasonable doubt," McGinness said. "It's a completely different arena for standards of proofs."

Vicki Sarmiento, a civil rights lawyer who's specialized in police abuse cases for 15 years, said it's still uncommon for claims to make it all the way to a trial. Many people who suffer abuse at the hands of police are indigent or minorities.

"It's a hard process," she said. "A lot of times they get shooed away from complaining." That means turning to an expensive attorney — out of the question for many homeless and poor victims.

Sarmiento fought and won the civil case for Martin Cotton's family — though she's based out of Los Angeles County and practices primarily in Southern California.

She's been told by local activists that there's a lack of attorneys in the Eureka area willing to take on potential abuse cases — but couldn't verify if that was true. And though she's been asked to take on cases since the Cotton victory, there's only so much she can do from so far away.

Sarmiento said she hasn't seen the policy changes that she and her colleagues hoped for when they began challenging excessive force cases. "Unfortunately, it's very widespread," she said. "There doesn't seem to be much change, which is disappointing."

Despite a victory in the Cotton case, Sarmiento was bothered by a quote from Chief Murl Harpham in a Times-Standard article following the verdict: "Juries are unpredictable," he said.

"That means that the findings in that case would not have the kind of impact we were hoping it would have on the department," Sarmiento said. •