Written and directed by Hirokazu Kore-Eda - The Criterion Collection 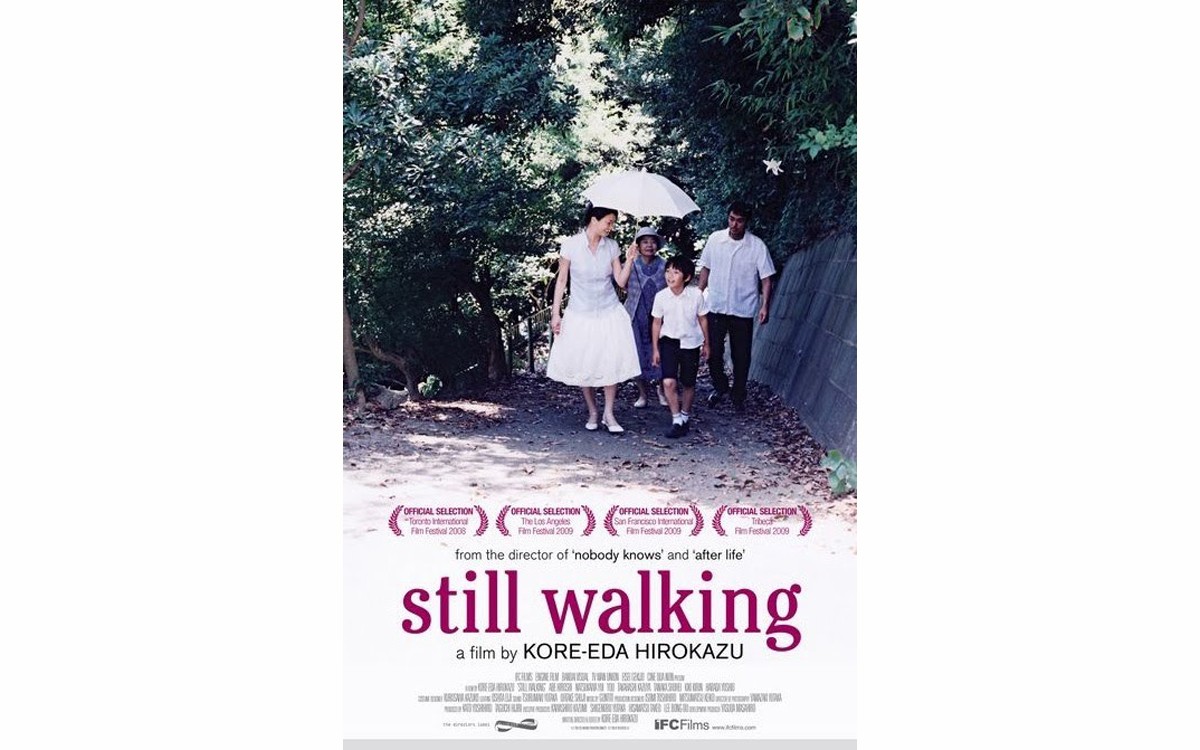 The title of Japanese filmmaker Hirokazu Kore-Eda's sixth feature, Still Walking, is derived from the lyrics of a 1968 Japanese pop song, "Blue Light Yokohama," by Ayumi Ishida. What appears to be a sentimental connection to the recording by aging matriarch Toshiko (played brilliantly by Kirin Kiki) turns out to be a bitter memory. This typifies writer/director Kore-Eda's films, presenting the polite surface, then methodically revealing what lies beneath.

His gift for storytelling and for allowing his characters to reveal their personalities by small gestures has drawn comparisons to Japanese master Yosujiro Ozu. However, even Kore-Eda feely admits that the works of prolific Japanese director Mikio Naruse are a more direct influence. Naruse's films from the 1930s until the late 1960s often addressed everyday life struggles.

"There's a sense of helplessness we all feel in life, and people somehow come to terms with that," reflected Kore-Eda in a 2010 interview included as part of this DVD. "In terms of showing how an individual confronts that helplessness, I think Naruse was extremely honest."

Originally released in 2008, Still Walking is offered for the first time domestically on DVD, superbly packaged by Criterion. It's a story of the Yokoyama family who come together for an annual memorial marking the death of Junpei, son and brother, who drowned while saving a younger boy. Though the framework for such a family gathering is rather typical (holidays, funerals, weddings, etc.), the patient pacing, the slow unveiling of each character and the variety of interpersonal dynamics (mother/daughter, father/son, brother/sister and in-law relations) are all intricately explored within a 24-hour period. It is also a narrative that is absent of high drama or great epiphanies.

Still Walking's tone and rhythm is naturalistic with realistic action and overlapping dialogue, an element employed by Robert Altman. And as in Altman's films, Short Cuts or Gosford Park for example, the ensemble acting in Still Walking is superb. Former Japanese pop star-turned actor You portrays a warm-hearted sister, Chinami, balancing out the over-seriousness of surviving brother, Ryota (wonderfully played by comic actor Hiroshi Abe), who carries the heavy burden of expectation for the family's namesake.

With experience as a sensitive documentary and feature filmmaker, Kore-Eda drew from his own personal life, especially in the portrayal of the mother, crafting an intimate, true portrait of a family on the brink of transition, while presenting three different generations and their values. Kore-Eda has crafted a powerfully engaging film without sentiment that resembles the narratives, subtleties and dynamics of Anton Chekhov. And as in real life, there are no tidy endings.