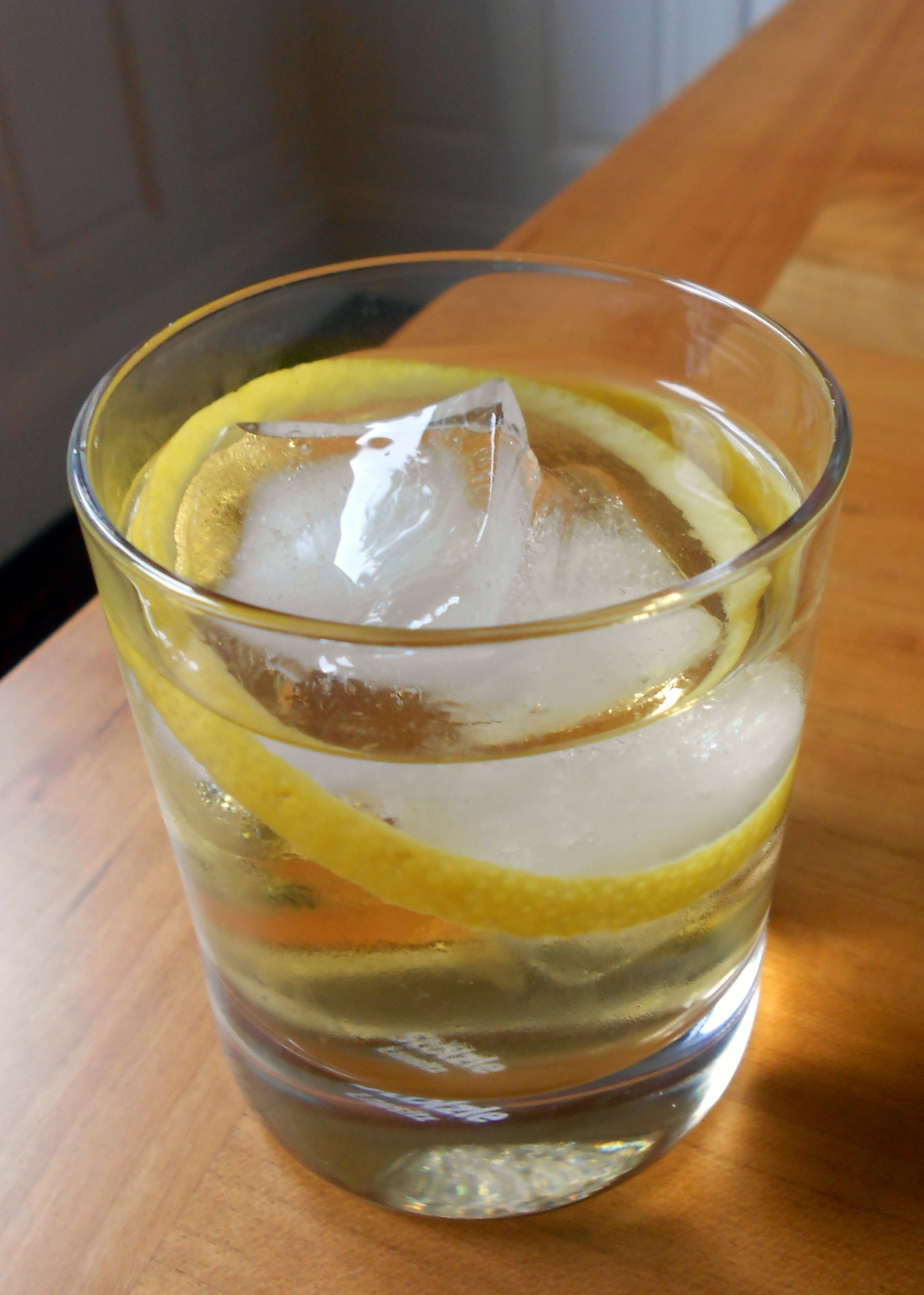 Let us review the brief and troubled history of the Modern Cocktail. It began in the early '90s, when youngsters realized that a Martini was a nice thing to order in a bar. A few variations on the Martini followed, most notably the godawful "dirty Martini" made with excessive amounts of olive brine, and the vodka-based Cosmopolitan, which featured prominently in HBO's Sex and the City. That gets us to about 1999. A few years later, somebody in Brooklyn decided it might be refreshing to order a drink with some whiskey in it, and pretty soon we all remembered about the Manhattan and the Old-Fashioned. (See AMC's Mad Men, 2007.)

Around that time, a few bartenders grew out their sideburns, put on vests and started mixing Prohibition-era cocktails with obscure and interesting ingredients that had to be smuggled in from London because liquor distributors had not yet caught on to what was happening. The smuggling was part of the fun, actually: These bartenders preferred to mix their strange and wonderful drinks in tiny unmarked basement rooms that they called "speakeasies," thus allowing us all to pretend we were doing something illegal or at least illicit when at best what we were doing could be called "exclusive," which is to say that we were simply paying very high prices for very nice drinks in locations that were (for a short time) not well known to tourists.

Meanwhile, on the West Coast, bartenders realized that as long as chefs were working with fresh, seasonal, locally-sourced ingredients, they might as well get in on the action and infuse some cucumbers in vodka or throw some basil under the muddler. Which was a fine idea.

That brings us to about a year and a half ago, when it all went to hell.

The Modern Cocktail might have a dozen or more handcrafted, artisanal, obscure ingredients. It might call for such things as freshly-pressed heirloom tomato water, rhubarb-vanilla-ginger simple syrup, a rinse of absinthe or vermouth, a mist of rose water, a few drops of housemade cigar and allspice bitters, and the frothy whites of a freshly-laid egg from a young Ameraucana hen who has been named after a member of the Algonquin Round Table. You may have to special-order an aromatized wine whose name you cannot pronounce. Essential oils may be involved. There could be vinegar or pickling liquid. The glass may be placed atop a board of smoldering hickory to coat its interior in smoke. Spice-impregnated sugar may grace the rim of the glass. A garnish of snap peas, sun-dried beet chips, or imported Italian marasca cherries soaked in Kentucky bourbon may confront the (by now quite thirsty) drinker trying to get at the beverage.

The Modern Cocktail is, in short, a mess. This was illustrated most recently by the short-lived fame of the Bone Luge, in which alcohol is chugged through a split-apart animal bone so that some of the marrow mixes with the booze as it goes down the hatch.

Awful, right? Makes you long for the days when a good-looking man or woman dressed mostly in black would just stand behind the bar and shake a few ingredients over ice and pour it in a glass and wish you a good evening.

Here's the thing: Making really good liquor is complicated enough. Whiskey goes through a very careful fermentation and distillation process in wonderfully crafted copper stills, then it gets aged in a precisely charred oak barrel that may -- believe it or not -- be made only from one particular part of the oak tree because the distiller believes that branches make for better booze than trunks do, or the other way around. Gin might have a dozen or more botanical ingredients, with each flavor extracted or infused or distilled in a different manner. Vermouth has a few dozen ingredients, and those crazy old European herbal liqueurs like Chartreuse claim over a hundred. A good classic cocktail -- a Martini or a Manhattan or a Vieux Carré -- might already contain 70 or 80 distinct botanical ingredients, and that's before you add the olive or the cherry or the lemon peel. Does a bartender really need to contribute a few dozen more?

So here's my advice to you, the recreational drinker, the amateur bartender, the gardener: Grow a little mint in your garden for mojitos and mint juleps. If you've got raspberries or any other kind of summer fruit you don't know what to do with, wash it well, pack it into a Mason jar, and fill it up with decent vodka. In a few days it'll be ready to filter and drink. If you're lucky enough to have a citrus tree, by all means make some homemade limoncello. But beyond that? Don't go too crazy. Even a simple drink is already extraordinarily, wonderfully complex.

Here's what I've been drinking this summer. I don't know if this drink has a name; it's just something I mixed up one night when I wanted something a bit drier than Lillet but not quite as strong as a Martini. It contains several dozen herbs, spices and fruits, all blended together in complicated infusions and extractions on strange equipment in a foreign land -- but all you have to do is buy two bottles and mix them together. The Lillet will keep about a month in the fridge after you open it, and if you can't get G'vine (a lovely French gin made from a grape spirit similar to that found in Lillet) use Tanqueray instead. Here, I'll make up a name for it:

Shake and pour into a short rocks glass with ice. Add more gin if you feel like it. Drop in a lemon peel. Drink.