Stories I Only Tell My Friends: An Autobiography 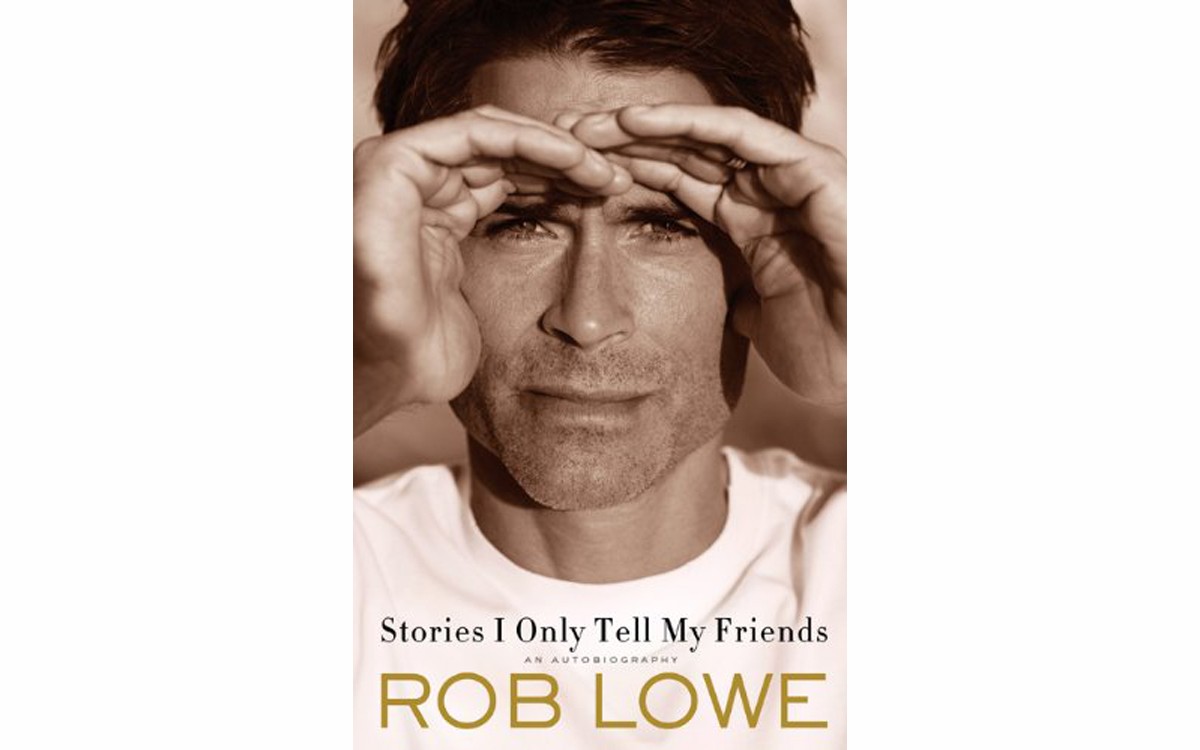 Yes, it's a celebrity bio. Though it's on the cover of Vanity Fair, it's also in the New York Times Book Review. Pretty boy celebrities are people, too -- and an actor who lives in a world populated by the most accomplished film and stage artists, as well as the Washington political equivalents, is positioned to have some good stories, and possibly even insights into these worlds and their impact on the commonalities of real life. This book delivers on all counts.

First there's the journey to get to those worlds, and Rob Lowe's was an odd one: from a broken home in Dayton, Ohio, to a serendipitous shot in the dark with his mother and her new boyfriend, which happened to land them in Malibu down the street from the Martin Sheen family. So his 7th grade pals were Emilio Estevez, Charlie Sheen and Sean Penn. Athletic as well as an artistic outcast, he lost a race to Superman -- or a kid who would grow up to play him (Dean Cain of Lois and Clark).

Lowe broke into movies in the Brat Pack teen film era of the '80s. I was probably one of the few in my older demographic who actually liked those movies. But my chief curiosity was Lowe's reincarnation as Sam Seaborne in The West Wing. His departure from the show after four seasons was never really explained. He's informative but remarkably restrained about it. He only praises the show and the people involved, while letting declarative statements suggest deceptions and remaining mysteries. Watching people suddenly turn on you without ever knowing why -- this at least is familiar outside Hollywood.

As well as rags to riches, there's the fall (sex and scandal, ego and alcoholism) and resurrection: rehab, new mastery and success, a more balanced life of love and family. Easy to cynically recite, but worthwhile in the differences and details.

It's pretty well written, though not to the level of Sting's autobiography (Broken Music) -- and yes, Sting's in it, too. It too-regularly employs a revelation device (the girl named Sarah that turns out to be ... Sarah Jessica Parker!) that Steve Allen was making fun of in the '50s. But the revelations are interesting anyway. Lowe finds a tone that's flexible and appropriate -- that sounds easy but is usually hard to achieve. It also helps if your stories involve dating Cary Grant's daughter and riding with 9/11 hijackers.