Strange Looks at the Beach 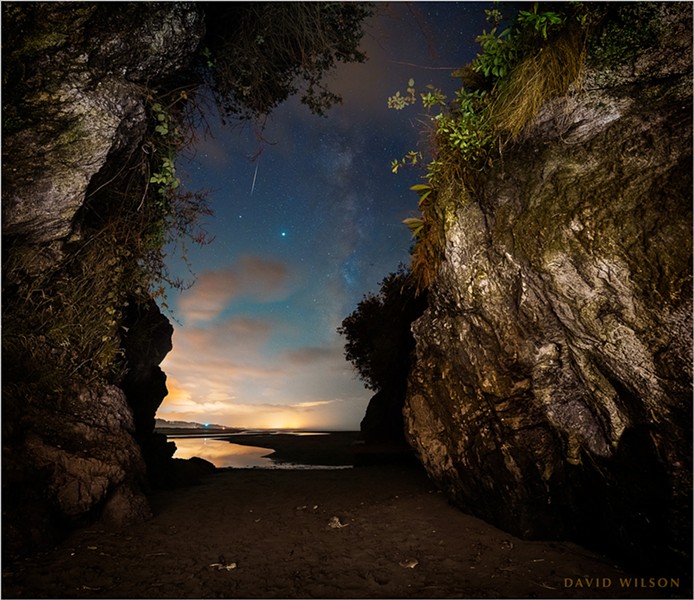 Photo by David Wilson The cave's mouth opened onto a world of dazzling light and color beneath the cosmos. A shooting star stabbed across the camera's eye. The bright point near its tip is Saturn, while the brightest point is Jupiter. To their right is the Milky Way. Sept. 18, 2020. Moonstone Beach, Humboldt County, California. 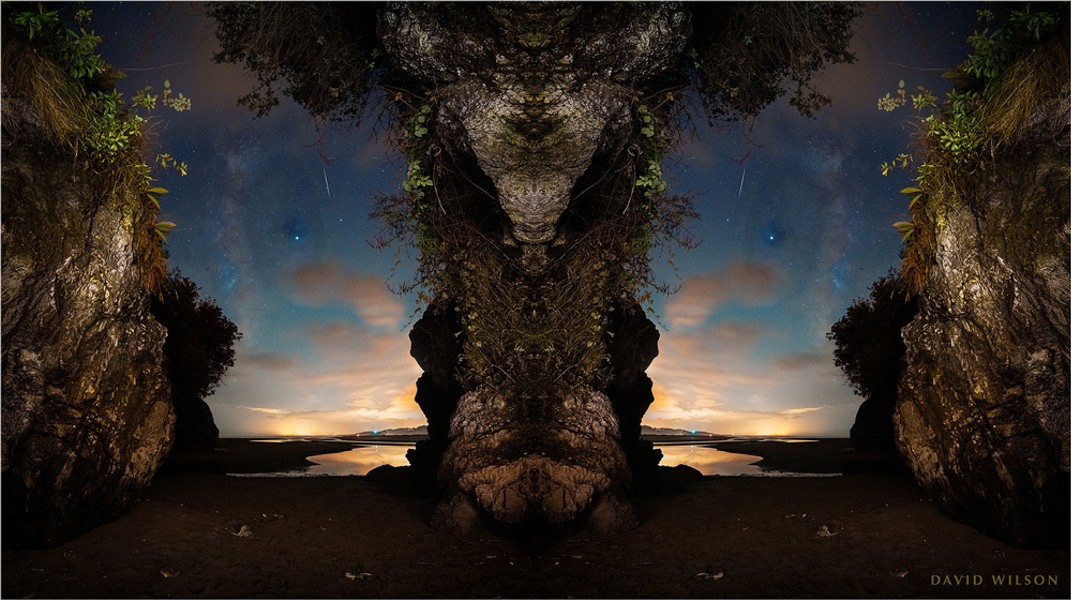 A trip to the beach in search of night light yielded a few views to share from Humboldt's beautiful Pacific Coast. Though most poignant was an image of a dead skate lying on the beach ("Ray of Beauty at Moonstone Beach," Sept. 27), its tail in the still waters of Little River where it emptied into the ocean, it was the beauty of the world seen from a cave that called to me most.

I would have let the cave image stand alone. It should, in a way, but in working with it, other things started happening. The image took me on a visual trip of its own as I played with it. I noticed the shapes and forms, the symmetry, and how things might line up. I moved the image around, trying this and that until, as I looked through the cave's opening, a face stared back at me. Hmm. I played some more. More faces.

I will leave you with them now and let your imagination do the rest.

To keep abreast of David Wilson's (he/him) latest photography or purchase a print, visit www.mindscapefx.com or follow him on Instagram at @david_wilson_mfx and on Twitter @davidwilson_mfx.