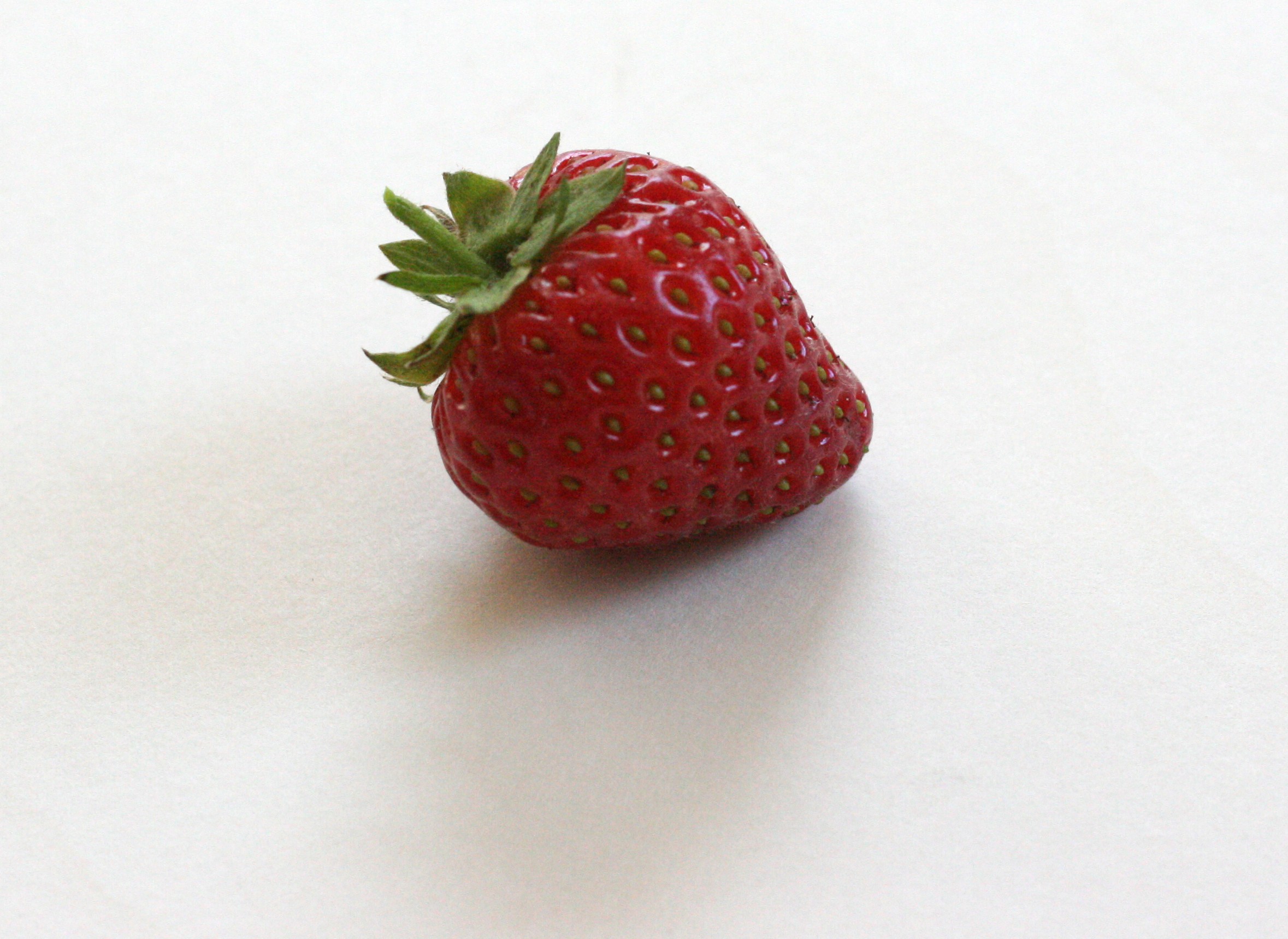 Oh, strawberries. As the opening day of the Farmers' Market in Arcata approached in April, so did my anticipation of the first local strawberries of the season. How delicious this time of year can be after a dark, cold winter. Bright red, delicate and sweet, what better way to hail the time of warmth? As we know up here on the coast, warmth comes and goes. We take spring and summer however we can.

Strawberries and California go hand in hand for me. When I first visited my mythic uncle in Berkeley in the late ’70s my life changed. The life I would lead as an adult began my first night in San Francisco. My Boston College pal and I had tickets to the closing of Winterland. I knew this was it, my chance to be part of the magical and revolutionary happenings that had shaped my young psyche.

Although the closing of the grand rock palace, with the Dead sending us off at 6 in the morning, served as an ending, it was an epic beginning for me. California. Holy Moly. I was in the Promised Land, where even food seemed more sophisticated and earthy than back home. Rock impresario Bill Graham sent us off into the Bay fog that morning with a brown-bagged breakfast -- my first croissant and Bear Claw tucked inside.

After an enchanted jog in the Berkeley hills later that week, my uncle's very cool girlfriend, Dee, bought me my first latte. I was entranced. The bite of espresso, the foaming milk, the hot glass in my cold hands. I went back to college with only one thought on my mind: How soon could I return?

As soon as school let out in May I was there. And wow! My first guacamole. I couldn't get it on the chip quickly enough. My gruff uncle often brought me a lovely gift of a perfectly round red onion upon arriving home from the warehouse of his quintessential East Bay business, Berkeley Architecture and Salvage. And the aforementioned strawberries? Not that I had never eaten a luscious strawberry back east, but here the strawberry wasn't part of a dessert, it was the main event.

After dinner with my uncle and Dee and their intellectual artistic friends, who treated me like an adult, not just a dumb Deadhead kid with idealistic notions, the hostess set out a mound of fresh local strawberries on a white platter in the middle of the dinner table. Next to the plate sat a shallow bowl of plain yogurt drizzled with a generous swirl of honey. We were to dip and savor as the heady talk continued, accompanied by freshly ground coffee made in a press. Never had a fruit, a berry, no less, left more of an impression on me.

That rustic repast continues to please whomever I lay it down in front of. Whether it's a friendly potluck or a child's party, everyone goes for the berries, yogurt and honey I serve all during this season. A few years ago, with a growing awareness of the value of locavore practices, I stopped buying out-of-season strawberries from unknown sources south of here. And I no longer buy them in season from corporate California farms, either, even those marked organic. It's worth waiting for the choice strawberries that hail from Fortuna, Southern Humboldt and east on 299.

A few weeks ago on a rare Saturday morning when we could have slept in due to the lack of a Little League game or practice, I roused myself and my 11-year-old early, cajoling visions of strawberries dipped in a tad of sugar to put on his granola if we hurried. Imagine my surprise when we arrived at the Market and found strawberry stands galore. Our first stop was a purchase of two baskets from a farm in Willow Creek, the berries a bit small, but sweet and delicious. As we walked around the Plaza we found Saechao's Strawberries from Fortuna. These specimens were magnificent. We bought a whole flat with plenty to share as a birthday gift with the friend who had alerted us to the Hmong growers and her favorite strawberry stand.

Strawberry muffin baking was surely on the agenda, a staple we'd baked all last summer. To my immense satisfaction we came upon Kevin Cunningham's stand. I had met Kevin at the Wild Chick Farm where he was assisting his friends, the Brunners, with their pasture-fed flock. It was then I learned that he was growing wheat right here in the county. Yes, I was finally going to buy some of his flour. Whoa! These muffins were going to be gloriously local.

After convening with Cunningham's partner, Melanie Olstad, I bought a pound and a half of barley flour. She suggested the blueberry muffin recipe from The Joy of Cooking because it uses two eggs, which is needed since the barley flour lacks gluten. We went right home and took out our own berry muffin recipe, which has yogurt and honey in it and added an extra egg. I was near delirious when they came out of the oven. Scrumptious and über-local: the eggs, honey, strawberries, butter and flour all from Humboldt (the yogurt Nancy's from Oregon). I substituted half the barley flour with whole wheat since I didn't know how successful the new-to-me flour would be; that and the baking soda were the only ingredients from unknown locales.

The other day in Trinidad I was raving about using the barley flour in the strawberry muffins to Beachcomber owner/baker, Alice Vasterling. The locally dedicated establishment often has exclamatory signs on their baked goods made with local flour. Before I was done gushing she whipped out a bag of Shakeford Community Farms Whole Wheat Flour. My life is complete - my next batch will be even more local.

1 cup whole wheat flour, 1 cup all purpose flour
1/4 cup sugar
1 Tbls baking powder
pinch of salt
1 cup heavy cream
Preheat oven to 400. Lightly grease a baking sheet.
Sift the flour into a mixing bowl. Add sugar, baking powder and salt. Stir well.
Gradually add cream, tossing lightly with a fork until the mixture forms clumps.
Gather the clumps together. DO NOT KNEAD THE DOUGH. Shape the dough into a 6-inch log. Cut into 6 slices and place them on prepared baking sheet.
Bake around 15 minutes, until light golden brown. Place on a wire rack to cool.
Slice each cake in half before serving.
To make your friends and family to swoon, place one of these shortcakes in the bottom of a wide-mouthed wine glass and add a scoop of Humboldt Creamery organic vanilla ice cream, sliced strawberries and fresh whipped cream.

Your life, too, will be complete. Trust me on this one.