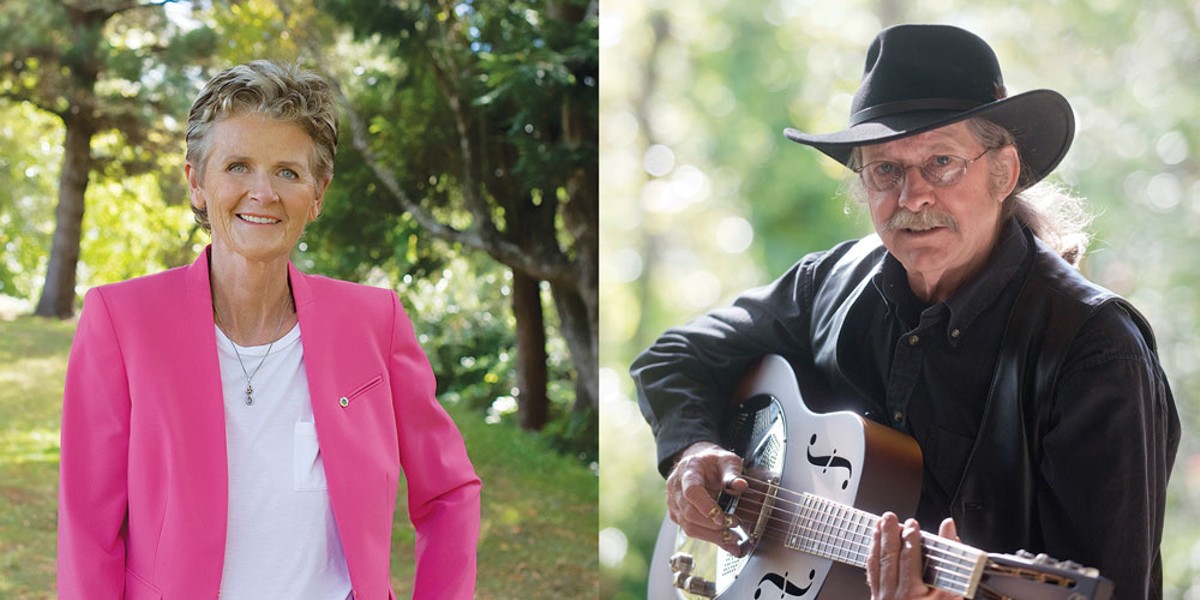 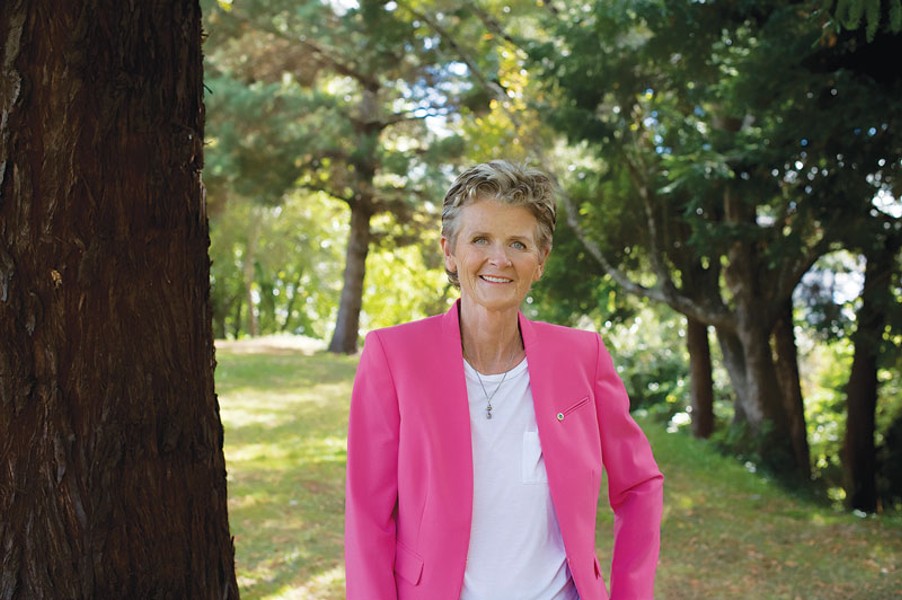 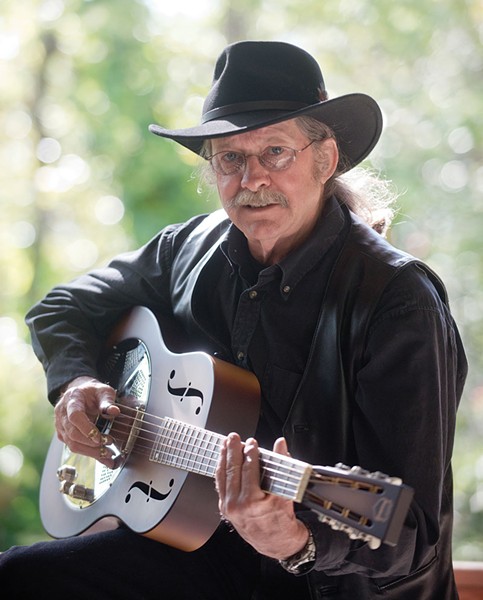 Like most political races between incumbents and upstarts, the scrimmage for the 2nd District is a tug-of-war between vision and experience. In one corner, there's Bud Rogers, the banjo maker and KMUD DJ whose platform is the hyper-localization of commerce, legislation and food. In the other corner is Estelle Fennell, also a KMUD alum, who often references her three-and-a-half years of experience on the Humboldt County Board of Supervisors as proof positive that broad visions are great, but compromise is where the rubber meets the road.

Consider, for example, the twinned issues of housing and homelessness, which are flashpoints across Humboldt, but in Southern Humboldt especially. Rental units are rare, low-income housing in high demand, and a swelling population of homeless people has inspired citizen patrols of Garberville and a contentious debate over the installation of a public restroom.

During a May 4 debate on KMUD, Rogers had a straightforward solution: "Tiny homes," he exclaimed in his characteristic wheezy shout. "Tiny home villages. How about this: and a sheltered workshop where the people could build ... tiny homes!"

Fennell's answer, delivered in her lilting Irish accent, was more measured, suffused with the caution of a seasoned politician.

"Every single county in California has some issues," she said. "The county is stepping forward."

She doubled back to her experience on the board's marijuana ad hoc committee, alluding to the large number of private homes that are being used to grow plants and the impact that illegal, large-scale grows and anti-social behavior have on the community.

"Our community has been impacted so badly by people who come in here and just rip the hills apart," she said early in the debate, adding that the garbage left by homeless people paled in comparison to household garbage thrown off the side of the road by "people living in the hills."

"I think better human behavior is the answer," she said.

Politics was not an obvious path for either candidate: Rogers is a Vietnam veteran from the San Joaquin Valley who relocated to Humboldt after a short stint as a firefighter, going on to work as a substitute teacher in the Southern Humboldt and Leggett school systems and ply his trade as a cabinetmaker and musician in the Ettersburg area for several decades. Fennell ricocheted across the map, from Ireland to studying language in Rome, then on to study art in Washington, D.C. and Brooklyn.

Both are around the same age (Rogers is 67, Fennell 66) and have lived the same amount of time in Southern Humboldt. Their concerns have some overlap, with shared views about the importance of community safety, law enforcement and fire protection, but their methodology on how to best accomplish these ends differs.

Fennell cites the success of the county's temporary Measure Z sales tax in funding positions for law enforcement and road repair. Rogers sees the potential of holistic change through the establishment of a charter county and a public bank. A public bank would allow more business development, he argues, and give people access to loans so they can both build and buy more housing. Changing Humboldt's governing structure will allow more autonomy over what Rogers considers key issues, such as chemtrails.

Chemtrails, the alleged control of the weather and populace via distribution of hazardous chemicals (as evidenced by jet contrails), is a major topic of conversation on Rogers' KMUD show. Asked about this topic during the debate, Fennell took a tactful stance, saying she was certainly willing to investigate it, but it seemed like a state rather than a county issue. So, too, is the sticky issue of widening the highway at Richardson Grove, Fennell claims, although she is for it in principle, as a safety issue. Nope, says Rogers, it's a way to allow big box stores more access to our local economy.

"We've got a Walmart in Eureka, kids," retorted Fennell. The tourists we'd all like to see more of often drive big RVs, and could use the extra room on the road, she said.

Rogers ran for supervisor once before, in 2004. Many of his talking points — small business, homelessness and housing affordability — were the same then, although preventing Mad Cow disease was the fringe issue of that time. He lost that election to incumbent Roger Rodoni.

Around that same time, Fennell was quietly preparing for her ascendancy into politics. She left a 17-year career as news director at KMUD for a three-year stint as executive director at the Humboldt Coalition for Property Rights before launching a successful campaign against Clif Clendenen in 2012.

It seems unlikely that Rogers will succeed where he faltered 12 years ago, but Fennell doesn't seem to be taking her eye off the ball. Maybe she's taking her cues from the national stage — a blazer-clad, seasoned politician versus a passionate outsider with some unconventional ideas? Seems like we've heard this one before.

I really love movies and have too many favorites to mention. My most recent popcorn event was taking a second look at Idiocracy and it was just as funny/scary the second time around.

Of the many, many books I've read my favorite is the well-written one.

"Humble and Kind" by Tim McGraw.

Too numerous to mention.

The "Completely Independent Party of One" for obvious reasons.

Flying — so I could get to where I need to be in nanoseconds. But there are all sorts of other ways it would be a very useful power.

Magicians of the Gods by Graham Hancock.

I have one of each: Clarence the terrier-dactyl and Amy Goodkitty.

What political party do you think bigfoot belongs to and why?

Bigfoot is to the right of too far left. I'm not sure of his reasoning.

Playing my guitar and writing songs.

If I had a superpower, it would be to inculcate in the masses the truth that we are all infinite, sacred beings. We are masters of our fate; and the Universe rewards intention.