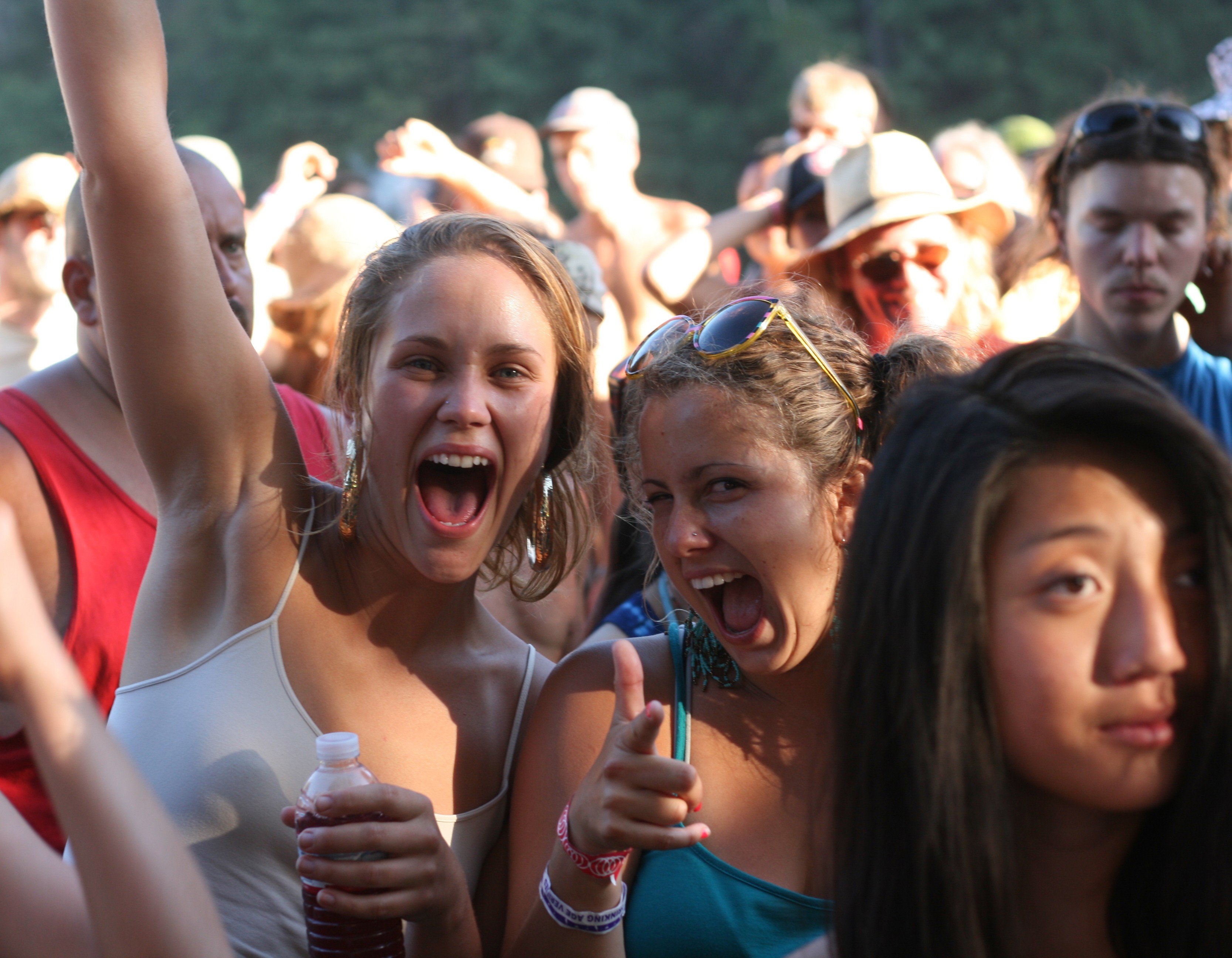 Summer's just around the corner, which makes it time for another round of music festivals, big, small and in between. Some are tailored to your specific music taste, some more eclectic. Among the options here in Humboldt or not-too-far away:

The 35th Annual Redwood Run. After a year at Cooks Valley, the Kiwanis folks are moving the biker bash back to its longtime home at Riverview Ranch. Expect the usual biker games along with rock and blues by Lukas Nelson, Charlie Brechtel, The Fryed Brothers, II Big with Billy Idol, Kaye Bohler, The Unauthorized Rolling Stones, and a tribute to the late Ronnie Montrose with special guest Michael Lee Firkins. June 8-10, Riverview Ranch, Piercy. www.kiwanisrwr.com.

The Third Annual Jefferson State Old Time Revue. Missing Link is back with another alt. old time/roots fest, this year moved up a bit so it's not competing with the Folklife Festival. Among the acts confirmed so far: Frank Fairfield, Petrovick Blasting Company, The New Five Cents, Clampitt Family and The No Good Redwood Ramblers. Saturday, July 7, Arcata Playhouse.

The 35th Annual Humboldt Folklife Festival. As usual, the Folklife folks conclude Dell'Arte's Mad River Festival with over a week full of music, all local, mostly folk with some variations. It starts Friday, July 13, with a Kickoff Party at Mad River Brewery featuring The Pilot Rock Ramblers and The Spindrifters and a Barn Dance at the Manila Community Center with Sue Moon and friends, continues Sunday with Blue Lake's Annie and Mary Day in Perigot Park, and then moves to Dell'Arte for a kick-off performance by The Scotia Band in the Rooney Amphitheater followed by Songwriters Night in the Carlo. Tuesday's Jazz Night is in the Carlo too, with the Redwood Jazz Association helping to curate. Wednesday the fest moves back to the amphitheater for another Country Night (with Huckleberry Flint once again headlining). Thursday it's Bluegrass and Beyond (out back). Friday it's an Old Time Barn Dance at the Arcata Veteran's Hall. Wrapping it all up with a big red bow: The All Day Folklife Free Festival Saturday, July 21, with dozens of bands, songwriters, pickers, workshops and more, in and around the Dell'Arte building. July 15-21, Blue Lake and Arcata. www.humboldtfolklife.org.

The 28th Annual Reggae on the River. The Mateel would like to move to another more versatile location, preferably French's Camp, but for now, Reggae is back at Benbow. The 30 plus reggae and world music artists are split between two stages; among them Toots and The Maytals, Junior Toots, Midnite, Oliver Mtukudzi and Black Spirits, Fully Fullwood's Tosh Meets Marley, Romain Virgo, Fantan Mojah, Pato Banton and locals Synrgy and JUCE. July 21 and 22, at Benbow Lake State Recreation Area. www.mateel.org.

The Fourth Annual Mad River Summerfest. Parking problems at last year's fest almost ended this free summer treat along the Mad, but it's returning with the same local focus on the music, just on a new date: Saturday, Aug. 18, and a new location, Christie's Ranch, the pumpkin patch on Glendale Drive, west of Blue Lake.

The Not Quite Annual Bummerfest. When new organizers announced that the local alt. music fest founded in 2001 was back for another round, they were swamped with bands wanting to play. Among those tentatively confirmed: The Monster Women, Eureka Garbage Company, Gunsafe, Radios in Caves and Speed of Darkness. Sept. 1 and 2, Eureka Veterans Hall.

The 39th Annual North Country Fair. The Same Old People are currently booking musicians and vendors for another very Arcatan weekend of crafts, food and music. Sept. 15 and 16 on the Arcata Plaza. www.sameoldpeople.org.

Two big festivals we've listed in this guide for years are officially on hiatus: After 33 years, the venerable Harmony Festival is "reorganizing" and looking at "the possibility of creating Harmony Festivals in the coming years." And, after losing its home in Laytonville to the Gaia Festival, Earthdance moved to Vallejo, then founder Chris Dekker returned home to Australia. Now the NorCal Earthdance is "taking a sabbatical for 2012."

Among the many other surviving music fests elsewhere in Northern California:

The 22nd Annual High Sierra Music Festival. Still a jamband fan paradise, this fest keeps stretching out with Ben Harper, Built to Spill, STS9 and Toot and the Maytals among the headliners along with Galactic, ALO, Railroad Earth, and the twangy High Sierra-conceived Brokedown in Bakersfield with Tim and Nicki Bluhm joined by members from ALO. July 5-8, Plumas Sierra County Fairgrounds, Quincy. www.highsierramusic.com.