Despite semi-secret push from the power Left 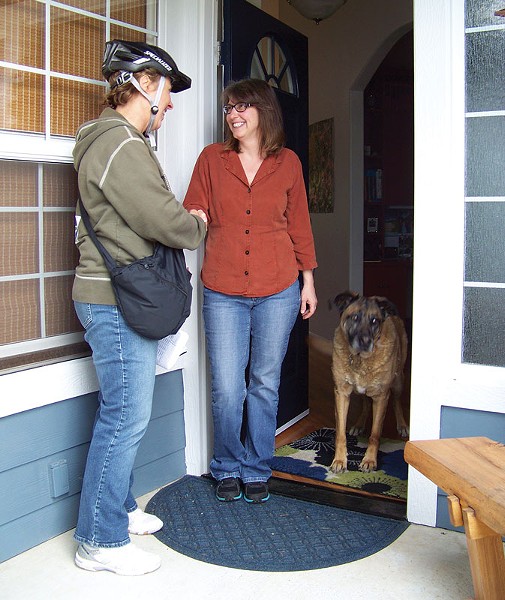 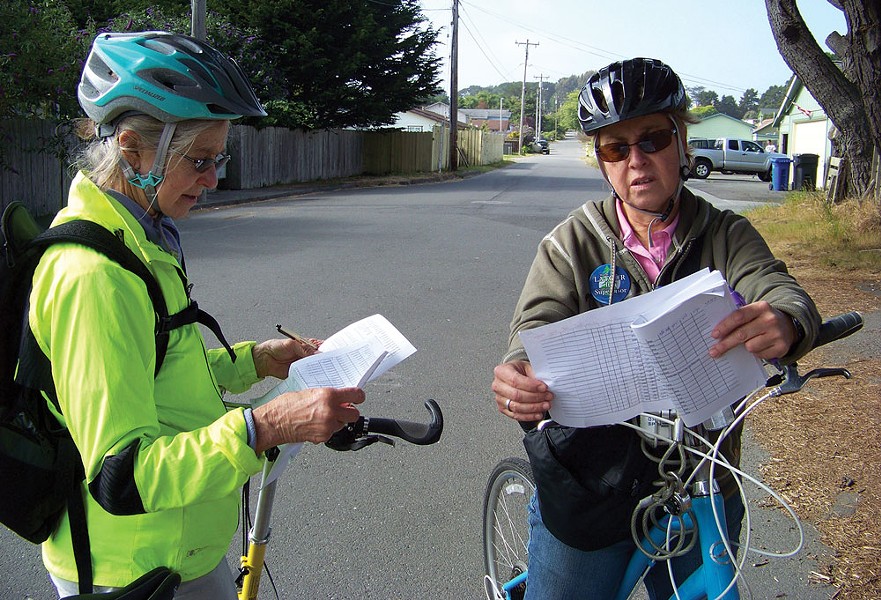 Incumbent Ryan Sundberg has kept his seat as 5th District Supervisor, taking 61 percent of the vote to fend off challenger Sharon Latour.

It's not surprising. After barely securing his first term in a hotly contested race, Sundberg came back this time as not just the locally-grown guy with friends and family peppering the district, but as a seasoned politico with important endorsements in the bag — including Democratic congressmen Jared Huffman and Mike Thompson.

Latour entered late, announcing her candidacy in mid-March as a political unknown fairly new to Humboldt and newer still to McKinleyville, exhibiting (at first) a gushing tone-deafness toward local issues and history. She did have an impressive CV — four master's degrees and a PhD; 20 years in the U.S. Air Force, some as an educator; and a second career as a Presbyterian pastor, including stays in Garberville and, more recently, in Arcata. And she learned the issues quickly.

But in the end it became a race marked mainly by cordiality. Bored political junkies looked to more exciting races for their fix; Sundberg had this one.

Still, to write off Latour's campaign would be to ignore an intriguing footnote in the recent uprising among some of the county's Left against what they perceived to be an attempt by a development-friendly board to strip the General Plan Update of environmental protections. Latour says members of this group of General Plan digruntleds, including "a northern Humboldt elected official," asked her to run so the 5th District race would be contested.

She won't identify these recruiters, nor even some of her advisors, calling them half-jokingly her "super-secret supporters." One feared it would hurt her career to be identified, she said, and another reportedly told Latour: "'I have baggage you probably don't want to be identified with."

Her co-campaign managers — Hezekiah Allen (her only paid worker) and Catherine Briggs Hanafi — are with the Democratic Central Committee and are also involved in the new Humboldt County Conservation Action committee whose aim is to, as Allen puts it, "create and maintain environmentally and socially progressive majorities on the board of supervisors and city council." Neither committee recruited Latour, said Allen.

Latour called her $15,000 campaign the "American dream of grassroots, independent-minded, don't owe anybody anything and I can't be bought." Monday evening, with Election Day looming, Latour and volunteer Kate McClain donned helmets and pedaled away on bicycles to knock on doors one last time. They hit a precinct Allen had targeted as Latour-friendly but with a spotty voter turnout: Some voters had skipped a couple elections, but the precinct overall had voted in the last election for a couple of Sundberg's challengers, either Patrick Higgins or Patrick Cleary.

Riding along in the bird-chirpy spring air, Latour shouted cheery greetings to kids and asked stray adults if they were planning to vote and, if so, she hoped for her, Sharon Latour. A woman on a bicycle chuckled when Latour spun around to show her the "Latour" sticker on the back of her sweatshirt, but said nothing and kept going.

"That would be a 'no,'" Latour muttered good-humoredly under her breath.

A woman walking by said yes, she and her five roommates were voting for her. At the doors, Latour met clear supporters, polite evaders, an alarming number of undecideds and people unaware of an election. Some got an abbreviated, "Hi, I'm Sharon Latour and I hope you'll vote for me tomorrow for 5th District supervisor, here's a good website," and were handed her flyer. Others got a jaunty, "Hi, I'm Sharon Latour and I bet you already voted for me!" She said "hi" to flopped cats, admired porch art, chatted about issues and mentioned her five advanced degrees, as well as her military service.

"Well this is an educator's house," said one undecided voter, grilling her. She expounded on her credentials. He stuck his hand out to shake and said briskly, "You have my vote."

Latour said she's an introvert; pestering people unannounced, at dinnertime, made her physically ill. But she was convinced the personal touch was vital.

"I think we're finally sealing the deal with a few votes," she said.

It wasn't to be. But even in losing, said Latour, she achieved another campaign goal: keeping the discourse civil and about the issues.

From her private party — no media invited — late on election night, Latour texted the Journal that she was happy. "We're very proud of opening a conversation we'll continue," she said.

After the final election results were posted, Latour, by phone, credited this conversation with already influencing board actions, such as the re-insertion of the stated goal of a regional trail system back into an element of the county General Plan Update.

Sundberg did not respond to messages from the Journal. Around midnight at the Silver Lining restaurant, where the Sundberg camp had watched results come in, bartender Kayla Coleman said the mood was happy as the revelers departed.