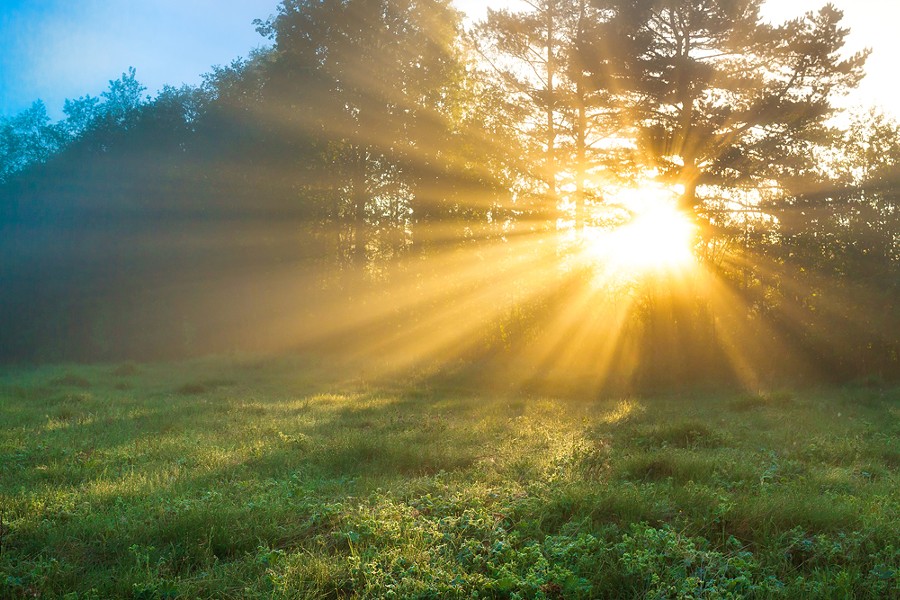 ''Access to information concerning the conduct of the people's business is a fundamental and necessary right of every person in this state."

So reads the California Public Records Act and it sounds simple enough, right? Well, as Sunshine Week — that annual reminder of the importance of freedom of information — bore down upon us in Humboldt County last week, the state's transparency law was on full display, being used to both give and thwart access to records in some interesting ways.

On March 15, embattled Humboldt County Auditor-Controller Karen Paz Dominguez wielded the CPRA as she announced her re-election campaign on the courthouse steps. Two weeks earlier, Paz Dominguez had blasted just about every branch of county government in a presentation to the Board of Supervisors, alleging widespread financial mismanagement and pervasive "opportunities for fraud." Asked if she had evidence to support her allegations, she said she did and quickly agreed when the board asked her to return in two weeks with evidence in hand.

Alas, Paz Dominguez did not return to the board's chambers, instead missing deadlines to get the item on the board's March 15 agenda and a March 21 special meeting date made available to her, according to Board Clerk Kathy Hayes.

Instead, Paz Dominguez announced March 15, the requested documentation will be released in response to a CPRA request filed by one of her supporters, later clarifying to the Journal that documents will be released in "several batches," with one batch made public weekly as documents are reviewed and any confidential information redacted.

We're withholding judgment for the time being on the documents themselves and whether they support any of Paz Dominguez's very serious claims until we can review them in detail. But we will say this process is, well, unusual. After all, these documents are under the direct purview of the auditor-controller, so there's been nothing preventing her from simply posting them all to her office's website in a single batch, or from holding a press conference to present and explain them in detail. If the aim is truly to help the people understand how their business is being conducted and the improprieties alleged, that seems a more direct approach than weekly dumps of documents devoid of context that allow everyone to do their own research, as they say.

In any event, while we don't particularly understand the approach, Paz Dominguez did put a spotlight on the CPRA, which we always appreciate, and her case underscores something we've reported on repeatedly but seems to remain misunderstood: The CPRA isn't just a tool for journalists. These are the people's records, so anyone can access them. Anyone can walk into a government office and ask to review records or send in an official request to do so (templates abound online).

The much publicized auditor-controller CPRA request also came as the Journal was preparing to publish this week's cover story, "The Foilies 2022," which celebrate the nation's most noteworthy examples — often egregious, sometimes downright silly— of public agencies abusing the public's right to know. (Spoiler alert: Some Humboldt County agencies make an appearance.)

It's worth noting that while the tongue-and-cheek awards writeup is lighthearted, the topic at hand is serious: we the people's ability to keep tabs on the the agencies we created to do our business.

On that note, we'd like to close by reminding the public of one of the CPRA's shortcomings — there is no enforcement mechanism. If we ask for a public record and an agency says it doesn't exist or there's good reason to keep it confidential, we are left with two options: Take the agency's word for it or take the agency to court.

To that end, the Journal's attorney — Paul Nicholas Boylan — has been busy in recent months, fighting for our (and your) access to a variety of records we believe belong in public view. In the days around Sunshine Week, we made some favorable progress toward that goal and we're confident you'll read about that in these pages soon. But we also don't relish these fights. They are a last resort for us — time-consuming endeavors that unnecessarily expend public resources. That's not something we take lightly.

But as the preamble to the CPRA itself states, "The people of this state do not yield their sovereignty to the agencies which serve them. The people, in delegating authority, do not give their public servants the right to decide what is good for the people to know and what is not good for people to know. The people insist they may retain control over the instruments they have created."