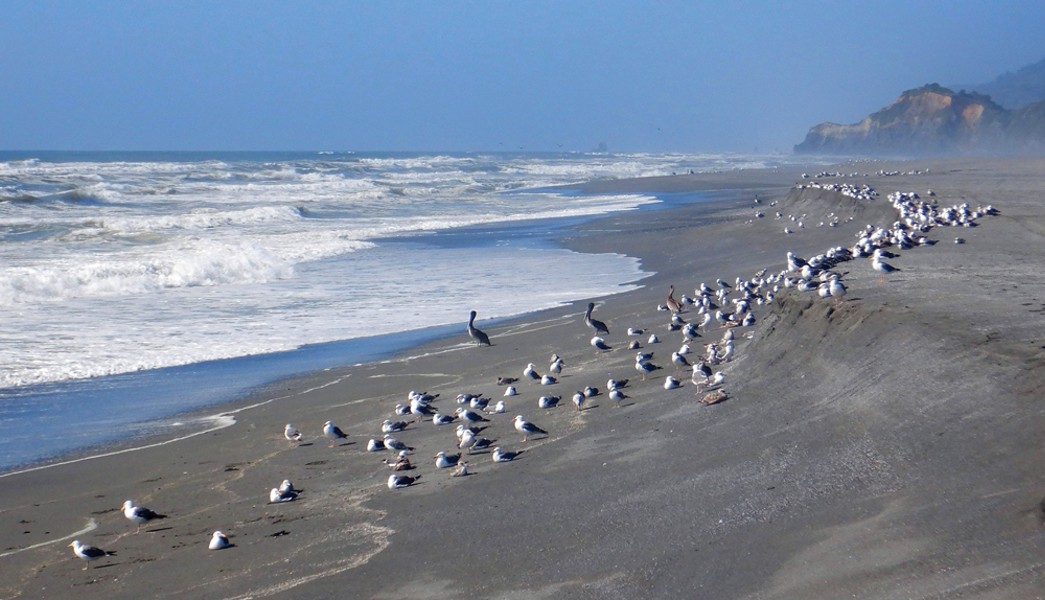 Photo by Mike Kelly Birds awaiting the next wave of surf smelt.

Photo by Mike Kelly A Caspian tern with a surf smelt.

Photo by Mike Kelly A seagull with a surf smelt score.

Photo by Mike Kelly An osprey with two surf smelts in its clutches.

Photo by Mike Kelly A crowd of birds is a sign surf smelt are around. 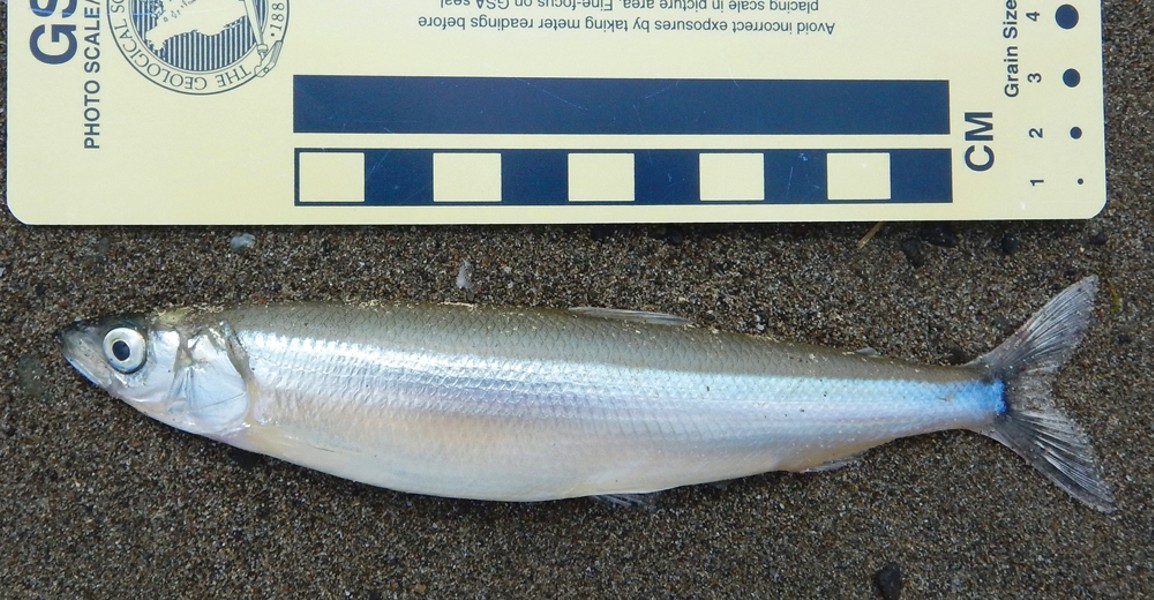 Photo by Mike Kelly A surf smelt washed up on Mad River beach.

I've noticed recently that once a person commits enough crimes in plain sight, all their subsequent crimes are basically freebies. One life sentence, 12 life sentences ... who cares? And there are only so many times you can be executed.

I'd like to achieve this exciting state of crime freedom. So I'm going to start 2021 by fishing without a license. If that goes well, I'll ramp up to things like money laundering, tax evasion, fake charities and working for foreign governments without registering as an agent.

I'm not sure how the law treats fishing without a license but I figure I'd get the most "crime credits" by catching the most fish. Therefore, I'm going to focus on surf smelt (Hypomesus pretiosus).

Illegally catching surf smelt is a perfect crime for me. This is a fish that spawns high on the beach in large numbers during the daytime, which is why they are often called "day fish" locally. (There's another smelt that spawns at night called "night fish.") Anyway, since I'm already at the beach most days, with a little luck I should be able to catch thousands of crime credits in my cast net.

Location is important. Surf smelt lay their sticky eggs in coarse sand and small gravel. I have observed surf smelt consistently at beaches such as Stone Lagoon, Gold Bluffs and Mad River. So that's where the game wardens should focus if they want a piece of me.

So why the hell would a fish evolve to lay its eggs where they are going to spend several hours each day out of the water? Good question, but I don't know why. Maybe this offers protection from aquatic egg-eaters like small crustaceans or other fishes. Maybe it keeps the eggs warmer so the embryos grow faster and hatch sooner. I'll be sure to ask the game warden before I run away.

And timing is important because they spawn right around the high tide. One or several males follow a female up the beach as a wave washes in, then they wiggle vigorously side-by-side and deposit eggs and sperm into the sand. Sometimes the smelt are left stranded until the next wave comes. Individual smelt spawn multiple times and females can produce tens of thousands of eggs per year. After a few weeks a cute, big-eyed larva hatches, heads out on a wave and most likely experiences a gruesome death. If it survives, it may spend five years trapped in a freaking nightmare.

Seriously, seemingly everything wants to eat them. And predatory birds will help you find smelt. Terns and pelicans plunge from the air. Cormorants chase smelt under water. Gulls, which technically aren't assholes most of the time, mob the cormorants trying to snatch their still living prey. And imagine a hell where you and your sweetie fly through the air together, each in an osprey's talons.

In my opinion, if surf smelt grew to 10 pounds instead of 10 inches, they'd always be on the menu with salmon and halibut. In fact, the surf smelt's species name "pretiosus" means "precious" in Latin precisely because they are so yummy. And fresh smelt smell like cucumber! I once smelled cucumber while driving through Orick before catching up to a commercial fisher's 4x4 pickup headed to market, its bed filled with smelt.

Of course, my plan won't work if nobody finds out I'm a habitual criminal. So if you see me fishing without a license, please call the California Department of Fish and Wildlife's anonymous poaching hotline at 1-888-334-CalTIP (888-334-2258). And if I do eventually get locked up, I'll just beg for a pardon.