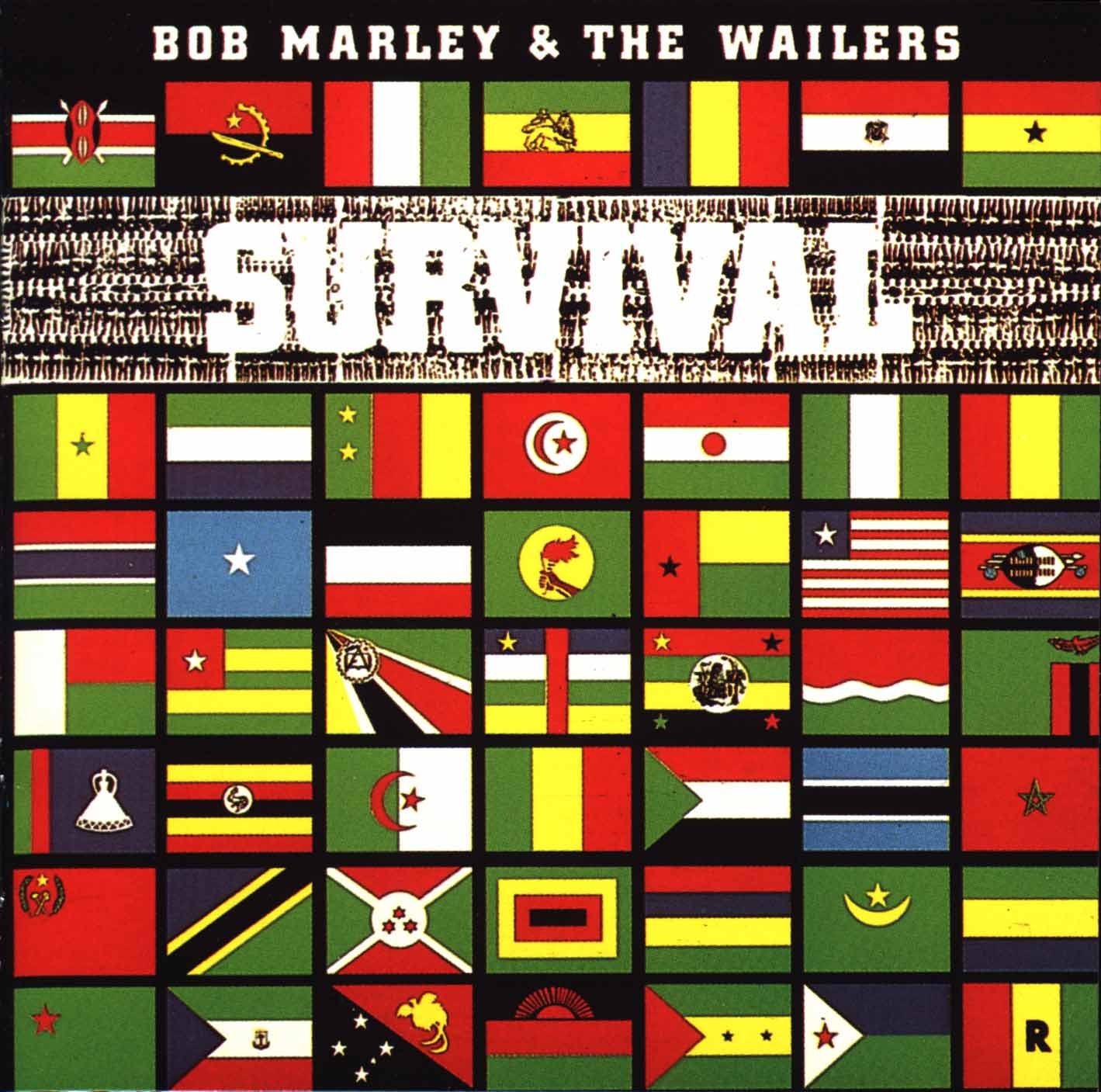 --from "Survival" by Bob Marley.

Reggae icon Bob Marley turned political in his 1979 masterwork Survival, an album that includes the title track quoted above along with "So Much Trouble in the World," "Babylon System" and "Africa Unite." The Survival track "Zimbabwe" was a liberation anthem about the tumultuous struggle to free Rhodesia from British rule. The Wailers performed the song as part of Zimbabwe's Independence Celebration in 1980.

The Survival record was the first part of a trilogy continued by Uprising. The last in the series, Confrontation, came out after Marley died in 1981. Now Marley's band, The Wailers, led by bassist Aston "Family Man" Barrett, is on a tour they call the "Survival Revival Tour," recreating the classic album in full.

The band is joined on the tour by reggae historian/archivist Roger Steffens, who accompanied The Wailers on the California leg of the original Survival tour in 1979. As Steffens explained to the Jamaica Observer, he will begin the show with a 45-minute multimedia talk "about the album's significance in Bob's work, the meaning of its lyrics ... and about Bob's continuing influence in the world today."

AS Presents brings The Wailers Survival Revival Tour to the Van Duzer Theatre on Friday, Feb. 1. The show begins at 9 p.m. with a set by DJ Dub Cowboy, host of "The Friday Jamdown" on KHSU. Tickets are $20, $5 for HSU students, available by calling 826-3928 or online at humboldt.edu/centerarts.