Xi'an? Humboldt? Who'd have thought it? 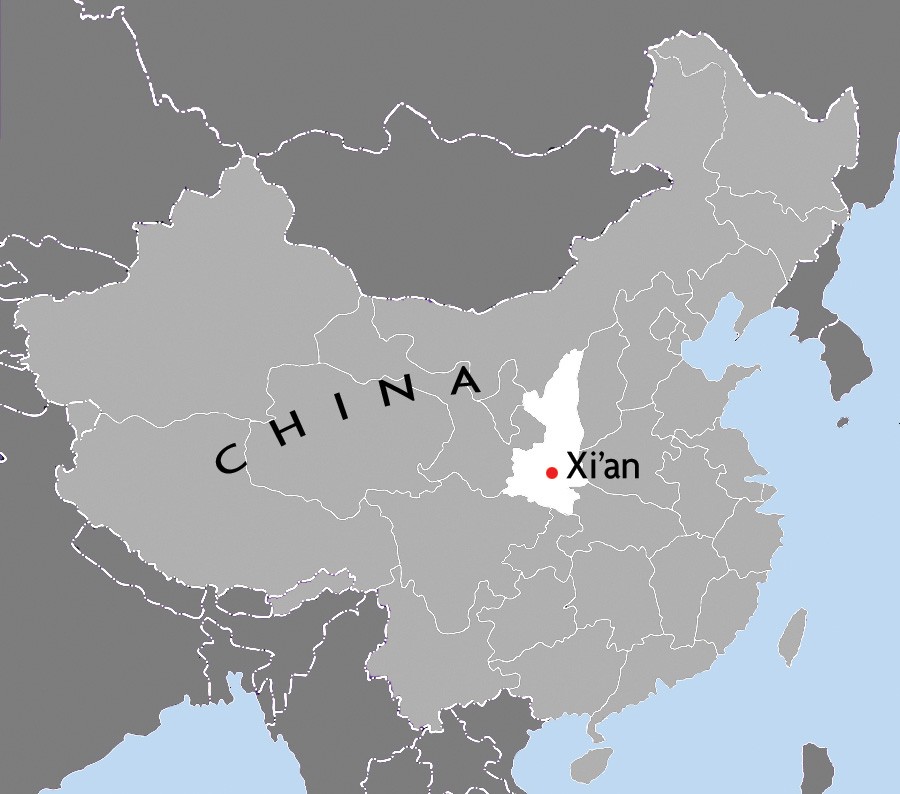 The journey between the campuses of Humboldt State University and Xi'an International Studies University (XISU) spans more than 6,000 miles, from a small college town on Humboldt Bay to one of the oldest cities in China. In the past five years these two schools, nearly half a world apart, have formed an unlikely alliance, enabling students from each university to essentially swap places, immersing themselves in a foreign culture as they pursue bachelor's degrees from both schools simultaneously.

It started with a grant. In 2005, on its fourth attempt, HSU was awarded a coveted grant from the U.S. Department of Education for the explicit purpose of establishing a Chinese studies program. Initially the idea was simply for HSU students, lecturers and graduates to learn Chinese languages and culture, in part by studying abroad. The following year, however, a group of HSU faculty and administrators traveled to Xi'an for an international conference, and in talking with the XISU president and other Chinese faculty they realized that the exchange should go both ways. The two schools collaborated to create a dual-degree program called Humboldt College.

Here's how it works: Chinese students enrolled in Humboldt College spend their freshman year studying English at XISU. Their sophomore and junior years are spent at HSU, and then they return to Xi'an to complete their degrees. Meanwhile HSU students and graduates (like this week's cover story author, Josephine Johnson) travel in the other direction, spending a semester or more studying Mandarin, learning about Chinese culture and/or teaching English to Humboldt College students in Xi'an. The historic city (pronounced "shee-AHN") is one of China's four ancient capitals and home to the famed Terracotta Army, a collection of sculpted figures that dates from the third century B.C.

So far the program has been more popular among Chinese students coming to America than the other way around. Rui "Ray" Wang, the former director of HSU's Chinese Studies program and the first dean of Humboldt College, said that's likely a reflection of China's rapidly changing culture. For both economic and social reasons, he said, the Chinese are expanding their horizons, looking to broaden the exchange of goods and ideas with other countries. People with feet in multiple cultures, like college exchange students, make ideal ambassadors. "Interestingly," Wang said, "we think they're ambassadors on our behalf too. They go back [to China] and bring a lot of American culture and values with them."

The first cohort of 26 XISU students came to HSU in 2007, and when they graduated from XISU last June with both American and Chinese degrees it was a major news event attended by powerful business and community leaders and covered by all the local TV stations. "They really shined," Wang said of the graduating students. "They were graceful; they spoke English almost like native speakers. I mean they were stars."

This celebrity treatment reveals the lofty significance given to education in China. Wang, who himself came to America from Xi'an some 25 years go, said his native country remains predominantly poor and agricultural. Parents there believe the only way out of poverty -- for them and their children alike -- is through schooling. Urban parents, too, see their kids' education as the key to better jobs and a better life. This reverence for the power of education extends to educators as well. Teachers are often called "new parents" or "engineers of the soul." "They are gods in the eyes of students," Wang said.

While Wang has witnessed a growing desire for material wealth and a declining emphasis on spiritual matters among Chinese citizens, he said the country's Confucian roots still permeate the national psyche. "Confucius says that the highest calling for a scholar is to become an administrator or an official, to become a ruler, so to speak. So that becomes another dream on the part of academia -- to move up through education."

So far the graduates of Humboldt College have fulfilled that dream, with several going on to prestigious graduate schools across the world, including the London School of Economics. Each year 15 to 20 new sophomores arrive in Arcata from Xi'an, and their attendance is beneficial to HSU as well: They're required to pay the full tuition of roughly $14,000 per year. An average of 10 HSU students study in Xi'an each year -- six as exchange students and four simply spending a semester or more abroad.

Why has the program been less popular among American students? Wang, who's now the library dean at Cal Poly Pomona, said he's still trying to figure that out. It may be a reflection of the economic status of HSU students or perhaps the difficulty of spending a year learning Mandarin -- a prerequisite for traveling to China. "I don't know," Wang said. "But invariably [the students who go] tell me they have a blast once they get there."