A judge tells Caltrans to redo its Richardson Grove maps, and yet everybody’s smiling 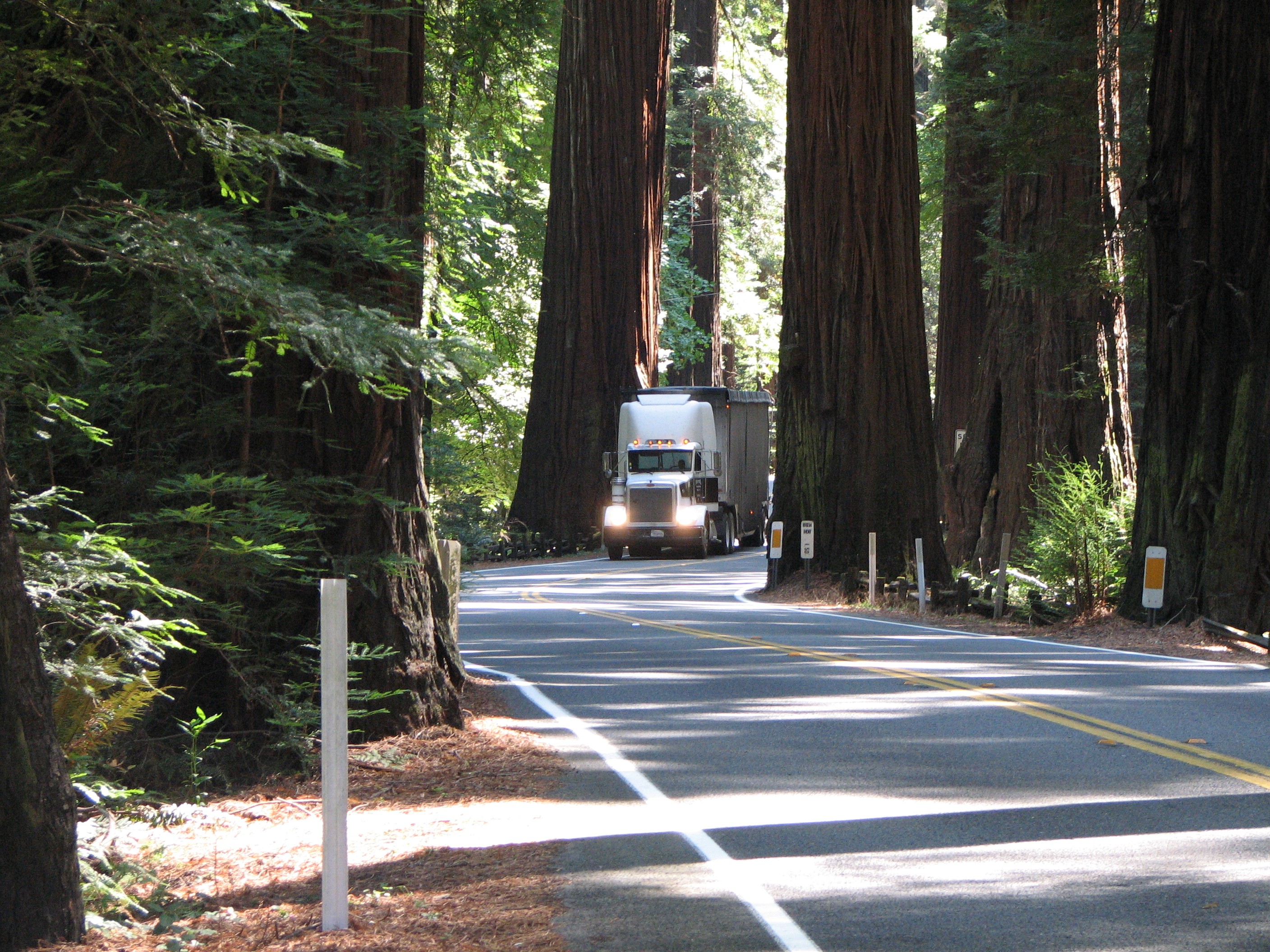 Plaintiffs called it "a resounding victory." Defendants called it "a big win." Earlier this month, U.S. District Court Judge William Alsup ordered Caltrans to revise its environmental assessment for a project that would widen Highway 101 through Richardson Grove State Park, and if you believe the official responses to that decision, it was a happy day for all.

In the battle over the state agency's proposed "Richardson Grove Improvement Project," propaganda has played as important a role as professional consultants, environmental reports and even lawsuits.

Caltrans calls it "a minor realignment project." Opponents call it "blowing a hole" through a treasured state park. Caltrans says it's critical for commerce because it will allow industry-standard-sized trucks through the primary north-south route serving the North Coast; opponents say it's a Trojan horse filled with Wal-Marts, urban sprawl and other Santa Rosa-style blights. Caltrans hired experts who say no old growth redwoods will be harmed; opponents hired their own experts who predict life-threatening damage to some of the few towering ancients left in the world.

The potential impacts of the project remain open to debate, but Judge Alsup's April 4 ruling was clearly better news for plaintiffs than for Caltrans. The state agency had prepared an Environmental Assessment of the project's impact. That is a less rigorous report than a full Environmental Impact Statement, which is required under the National Environmental Policy Act for any project that will have a significant impact on the environment.

Caltrans contends that its project will not significantly impact the environment. Its plans call for 54 trees to be felled, only six of which are redwoods, none more than 19 inches in diameter. Old growth redwoods (defined by Caltrans as those with diameters of 30 inches or more) wouldn't be cut down. But some of their roots would be severed (none more than two-inches thick, Caltrans promised) and others would be impacted by "cut-and-fill" techniques - removing the surrounding soil and replacing it with "sturdy, compact material suitable for highway foundation."

After reviewing the project plans, Dennis Yniguez, an independent arborist hired by Save the Redwoods League, concluded that old growth redwoods would not be substantially adversely affected. Though he expressed concerns in 2009, renowned HSU Forestry Professor Stephen Sillett declared late last year that Caltrans had taken sufficient protective measures to prevent severe impacts to the roadside redwoods. State Assemblyman Wesley Chesbro (D-Arcata) announced his support for the project last year, saying, "The jobs and economic benefits to local businesses far outweigh the arguments against the project."

But plaintiffs, who include three nonprofits (The Environmental Protection Information Center (EPIC), the Center for Biological Diversity and Californians for Alternatives to Toxics) and a handful of community members, filed a lawsuit in September 2010 challenging the finding of no significant impact.

Faced with contradictory conclusions from each side's expert witnesses, the court sent a judge into the forest for a closer look. Eureka-based Magistrate Judge Nandor Vadas visited the site with representatives of both parties, and he found that the maps Caltrans had prepared were inaccurate. An old growth redwood measured at 84 inches in diameter was actually 104 inches thick. Another old growth was missing from the maps altogether.

Judge Alsup ruled that Caltrans' analysis of the project's impacts was "based off of false data," that its fact-finding was "arbitrary and capricious" and that the discrepancies and omissions "raise serious questions about whether Caltrans truly took a ‘hard look' at the effects of the project and made an informed decision." He ordered Caltrans to prepare a more complete environmental assessment, with maps signed by a qualified engineer.

All of which makes Caltrans' claims of victory a bit confusing. Charles Fielder, the agency's District 1 director, proudly declared, "The court's ruling is a big win for moving this project ahead," when in fact it does just the opposite.

Reached by phone last week, Caltrans spokesman Scott Burger said the ruling was a "win" insofar as it wasn't a comprehensive loss. A motion for sanctions against Caltrans was denied, as was a motion to strike declarations from Caltrans witnesses, including Professor Sillett. The judge even allowed that a revised environmental assessment -- one that accurately identifies the location and size of every tree and assesses the project's impacts through that corrected lens -- may wind up revealing that the "finding of no significant impact" remains valid.

Burger also downplayed the significance of the mapping discrepancies. The tree omitted from the map was just one of more than 1,500 trees on the site; it sits between two trees that were mapped; and it's nearly 15 feet from the road, Burger said. Nonetheless, he said Caltrans fully intends to comply with the court's order.

EPIC's executive director, Gary Graham Hughes, said the ruling proves a fundamental point: If the maps can't be trusted, then Caltrans' other findings must also be suspect. "From our experience there's no question that good, accurate maps are critical to being able to make any kind of knowledgeable decision, especially about rare and precious natural resources," Hughes said.

While the federal case has been put on hold pending mapping revisions, another lawsuit against the Caltrans project, alleging that it doesn't follow California Environmental Quality Act guidelines, is under review in state court. Humboldt County Superior Court Judge Dale Reinholtsen heard arguments on March 22 and has 90 days from that date to file his decision.

Meanwhile Burger, the Caltrans spokesman, said the agency does not yet have a timeline for completing its revised maps.

Minor realignment or massive hole-maker, the Richardson Grove project is still a long ways from the road.