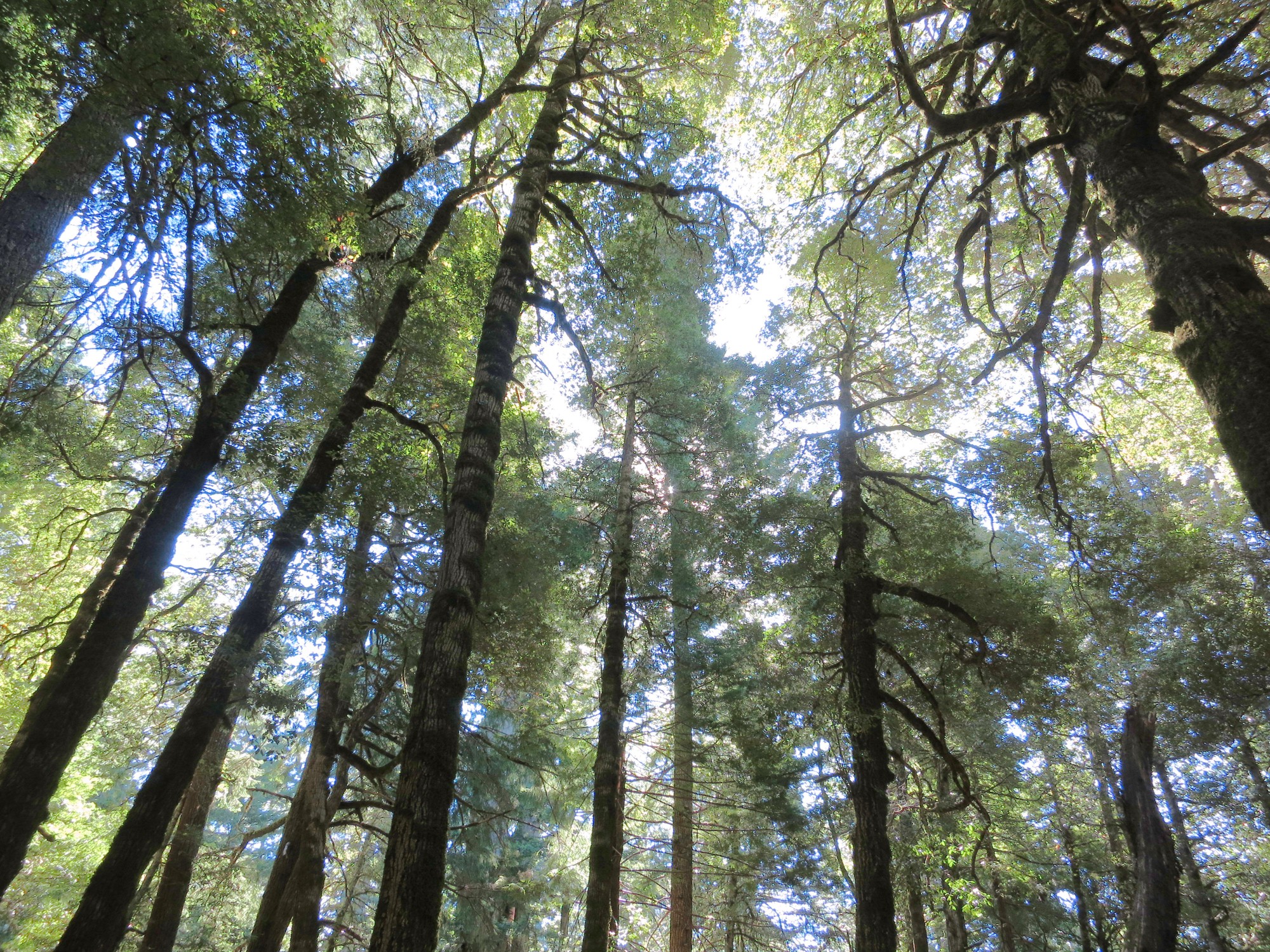 What makes an oak tree an oak? Acorns, right? Almost right. The tanbark oak, or simply tanoak (Lithocarpus densiflora) is the single North American exception to the rule. Its acorn is more like the spiny husk of a chestnut, plus it has different leaves, bark, flowers and wood from true oaks, genus Quercus. As the name suggests, tanoak bark secretes excellent tannin, the stuff that turns animal hide into leather -- which is why, a century ago, it was harvested to near extinction on the West Coast.

Southern Humboldt County was once home to dense stands of tanoak, most of which were cut down in the 20 years from 1902 to 1922. That's when the Pacific Oak Extract Works operated in Briceland, six miles west of Redway. (Another plant operated in the Mattole Valley.) Each year, from the end of May to the middle of July, when the tanoak sap flows most vigorously, dozens of crews descended on the surrounding forests. After stripping the bark from the base of the tree, the men would fell it and immediately peel the remaining bark, because any delay would allow the sap to set, making peeling impossible. Sadly, that flowing sap made the rest of the tree useless, since sudden exposure to air causes the saturated hardwood to crack.

Pack mules hauled the bark to the Briceland extraction plant, where the slabs were first aged for a year before being ground up and "percolated" in a series of large vats filled with warm water to extract the tannin. Workers then packed the resulting molasses-like liquid in 50-gallon barrels for shipment from Shelter Cove to San Francisco Bay, and thence upriver to the Wagner Leather Co. in Stockton.

In the tanning process, tannin, or tannic acid, converts animal hide into leather by binding to the skin's natural collagen proteins, which both softens the hide and stabilizes it by making it bacteria-resistant. Because tanoak tannin also contains gallic and acetic acids, it was particularly prized for working heavy leathers such as saddles and boot soles. Nowadays, synthetic tannins have largely replaced vegetable tannins. It's about time: archeologists believe that Sumerians were treating hides with vegetable tannins nearly 5,000 years ago.

Today, a far more insidious peril threatens California's remaining tanoaks. Phytophthora ramorum, better known as Sudden Oak Death, was first reported in Mill Valley in 1995. It is a rapidly-spreading fungus-like organism whose wind-blown spores land on wet leaves, infecting the tree and usually causing its death within a year.

You can see one of Humboldt's few remaining stands of old-growth tanoak at Peavine Ridge, high up on the steep north slope of Bull Creek in Humboldt Redwoods State Park. To get there, take the Honeydew exit off 101 and drive five miles west on the Mattole Road. Park at Albee Creek campground and walk the lovely five-mile (2,000-feet elevation gain) Thornton Trail up through stands of Douglas fir and Pacific madrone to Peavine Ridge trail. You'll find the tanoak grove about half a mile east of the junction, mercifully unharmed by humans and (touch wood!) by the fungus.

Barry Evans (barryevans9@yahoo.com) has yet to find a convincing explanation of the phrase "Hell for leather." Thanks to local author-historian Jerry Rhode for help with this column.