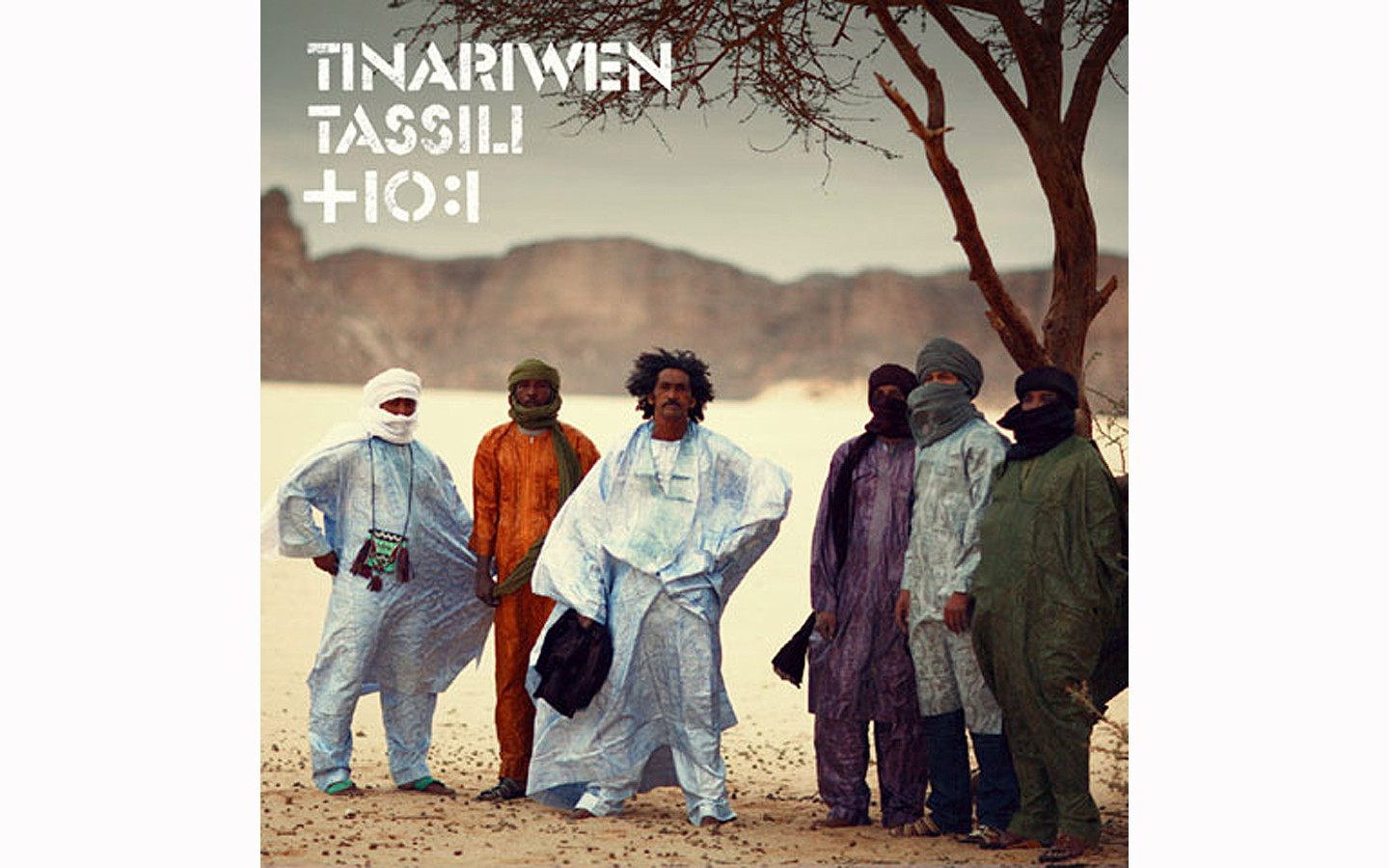 Tinariwen, a group of musicians from Northern Mali led by guitarist and main vocalist Ibrahim Ag Alhabib, draws inspiration from Mali's land, people and culture. The nomadic Toureg culture, centered in the desert lands between mountain ranges, has been disappearing -- mainly due to droughts and political unrest. On its fifth full-length release, Tassili, the band opens up to include additional guest musicians, most notably Kyp Malone and Tunde Adebimpe from TV on the Radio. In the most subtle of ways, the band has expanded its scope musically, while also offering its darkest tone of Sahara blues yet. The mixture is quietly explosive.

Retreating from the confines of a conventional studio set-up after the 2007 release, Aman Iman: Water is Life, Tinariwen recorded the follow-up on its home turf -- literally. For their excellent 2009 release, Imidiwan: Companions, band members set up in the desert just outside of their homeland of Tessalit. Using generators, they recorded around campfires, playing deep into the evening as they would normally. For Tassili, due to increasing presence of rebel forces, Tinariwen opted to record in the desert outside the Algerian city of Djanet, located at the southern rim of the Tassili N'Ajer plateau.

Since 2009, Tinariwen has also scaled back its use of electric guitars, supplementing them with a more balanced mix of electric and acoustic instruments. And thanks to the diligent work of co-producers Jean Paul Romann (longtime Tinariwen engineer and producer) and Ian Brennan (who most recently produced Kyp Malone's solo project Rain Machine), the listener hears the instruments, percussion and vocals with a warm, close clarity. For the opening cut, "Imidiwan," Brennan brought in Wilco's extraordinary guitarist Nels Cline, who provides an ethereal sandstorm layer of guitar and electronics. The Dirty Dozen Brass Band (another Brennan idea) contributes a haunting New Orleans funeral march accompaniment to the jagged riffs of "Ya Msesinagh."

Tassili is filled with mourning and lament. In the English lyrics, translated from the original Tamashek, themes of death, land, friendships and existence come into focus. "Djered Jere" (At the Bottom) is an eerie distant cousin to "Tupelo," a Delta blues by John Lee Hooker gone Saharan with Alhabib's voice both weary and conversational.

Contributions from guitarist Malone and vocalist Adebimpe seem well integrated into Tinariwen's fold. After witnessing Tinariwen's set at Coachella three years ago, the TV on the Radio pair befriended the band and subsequently joined forces in the desert. Adebimpe's counter vocal on the eloquent "Tenere Taqhim Tossam" fits in seamlessly with Tinariwen's groove, without attempting to emulate or imitate. Malone's guitar playing, especially on "Iswegh Attay," adds in his own influences, lending to the band's most expansive sound yet and Tinariwen's most brilliant work to date.