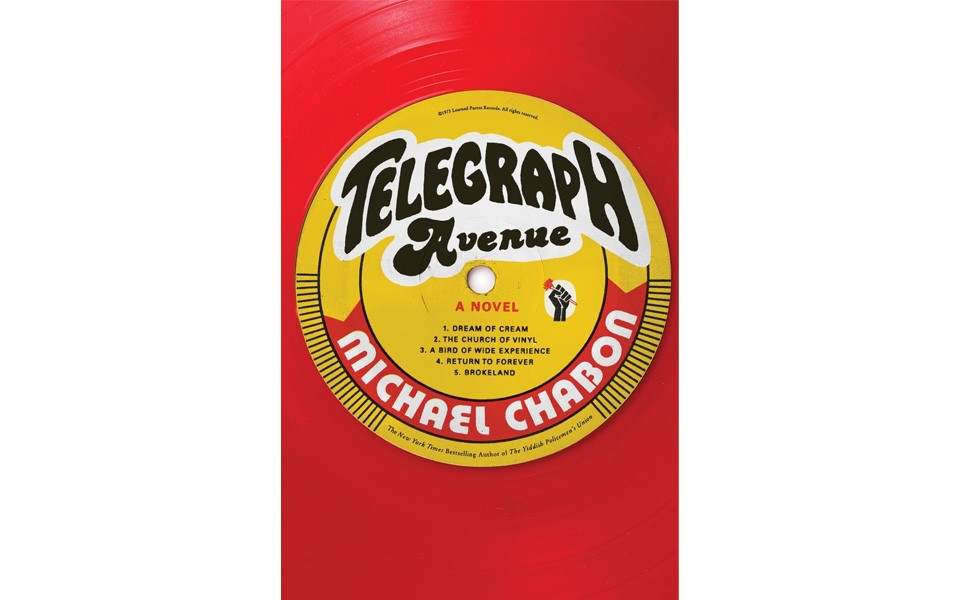 Michael Chabon's new novel aims to be many things: A story of missing fathers and abandoned sons, a recollection of '70s black pop culture, and the modern story of an indie record store fighting the corporate behemoth that would displace it. An ambitious mix of characters and themes, it would seem to be another example of the rich imagination that marked his previous novels, such as The Amazing Adventures of Kavalier & Clay and The Yiddish Policemen's Union.

Archy Stallings and Nat Jaffe are partners who own Brokeland Records in Oakland, a vinyl hangout threatened by a former NFL superstar's plan to open a megastore that would most likely put them out of business. Their wives, Gwen Shanks and Aviva Roth-Jaffe, are also partners in a midwifing practice whose accreditation is threatened when a birth goes badly. Added to the mix is the reappearance of Archy's abandoned teenage son Titus, who resents Archy in much the same way Archy resents his absent father Luther, a kung fu Blaxploitation star. Luther has fallen on hard times and is trying to revive his career through a blackmail scheme rooted in a murder that took place amid the black power politics of the '70s.

It's potentially problematic for a white author like Chabon to attempt a novel where so many of the major characters are black, but generally he acquits himself well. His depiction of Nat and Archy's friendship, and the way it's occasionally circumscribed by race, is subtle and true. He's particularly acute in showing Gwen navigating the mostly white medical and legal system that she finds herself in trouble with. He also has a real feel for the historical ghosts and resonances lingering in the neighborhood the record store occupies. A bigger problem is stylistic.

The book is hobbled by strained, pumped up metaphors and purple description, especially in its overwritten first half (strangely, his description of music itself is vivid and precise). An early scene where Gwen chats with then-Sen. Barack Obama about her husband (the book takes place in 2004) is mawkish retroactive wish fulfillment, and has the unintended effect of pulling the reader out of the reality of the novel. Such missteps are frustrating, but by the last part of the book Chabon gets back in the groove and succeeds in ramping up the narrative tension.  He has a real gift for creating vivid, flawed human beings -- ultimately you do care about them -- and the plot strands converge at the end in an old fashioned and satisfying way.

At his best, Chabon's a masterful storyteller, but here he falters because he doesn't fully trust the story and its characters to carry the day. They do anyway.