Thank God, it's the Fourth Friday! 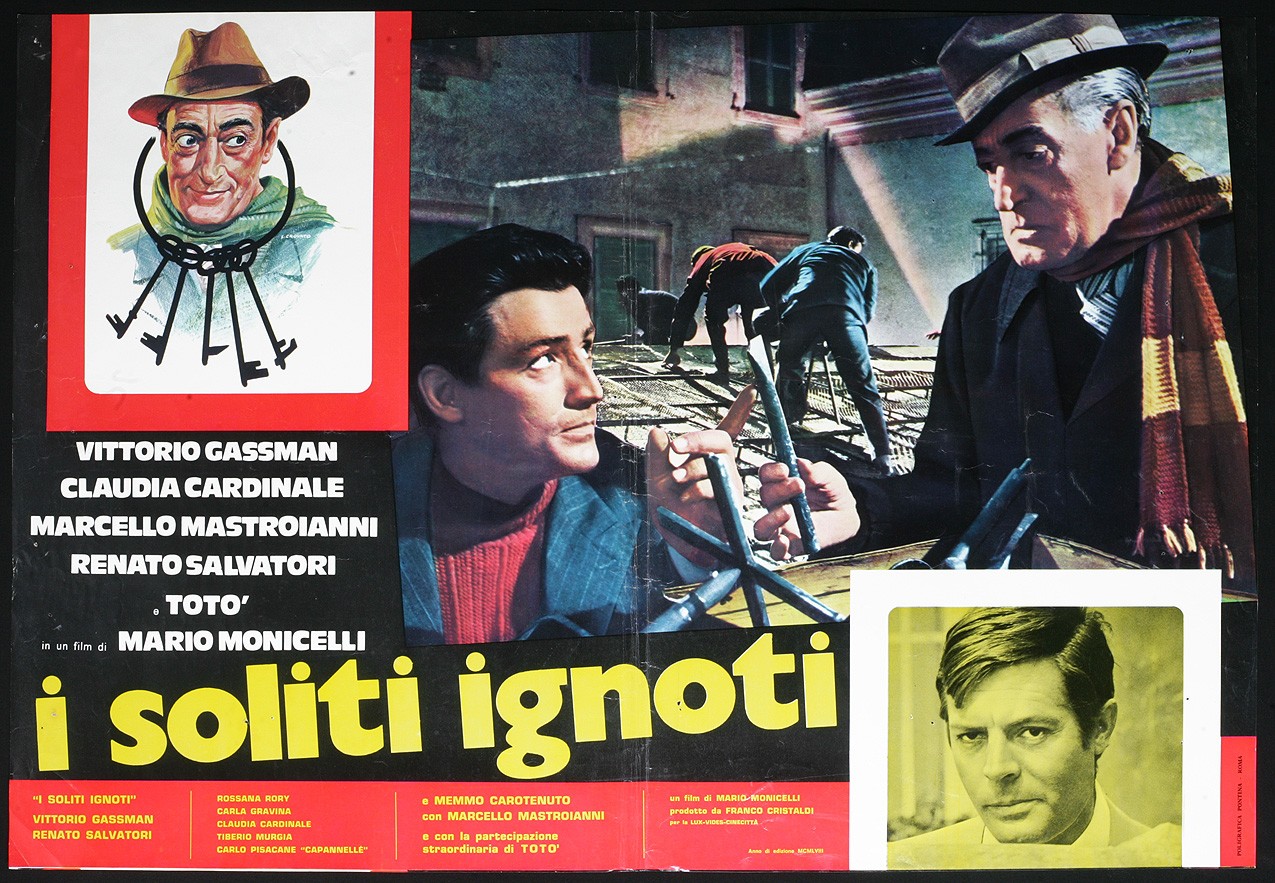 TGIF. I’m particularly thankful this Friday since it happens to be the fourth one of the month. That's because of Fourth Friday Flicks, the monthly movie event at the Westhaven Center for the Arts (WCA). John Webb organizes the series, which runs for most of the year. (It took a break in November and December, due to the holidays.) Besides choosing the films, he presents them to the audience on the night of the event, placing the movie in the context of the directors' and actors' careers and the cultural climate of the time. The films are projected on a 70-inch screen in the intimate setting of the art gallery. If you've ever been to the WCA for an event, you know how nice it is, and if you haven't, well, what are you waiting for?

This week’s film selection is the 1958 Italian classic, I soliti ignoti (Big Deal on Madonna Street), directed by Mario Monicelli. A motley band of petty criminals plans a robbery in a pawnshop, but faces roadblocks that test their perseverance. Marcello Mastroianni, Vittorio Gassman, Totò and Claudia Cardinale are just a sample of the star-studded cast. I soliti ignoti belongs to the genre called commedia all'italiana (comedy Italian-style), meaning it will make you laugh, but the background has sad tones. The film was nominated for an Academy Award in the Foreign Language Film category (it lost to Jacques Tati's Mon Oncle). Since John Webb is away this month, I myself will introduce the movie, which is in Italian with English subtitles.

A preview of the February film: I Know Where I'm Going, directed by The Archers, Michael Powell and Emeric Pressburger, in 1945. This one will carry viewers to the west coast of Scotland (Inner Hebrides, to be precise), where the protagonist is determined not to be thwarted in her wedding plans by stormy weather, but ... (Come to WCA on Feb. 24 to find out what happens.)

The Fourth Friday Flick I soliti ignoti program starts at 7 p.m. Friday, Jan. 27, at the Westhaven Center for the Arts, 501 S. Westhaven Drive. Admission is on a sliding scale $1-$5 with all proceeds going to WCA. Muffins, hot beverages and wine are available, along with that classic movie food, popcorn. For schedule and other information call 677-9493.