That's All I Need 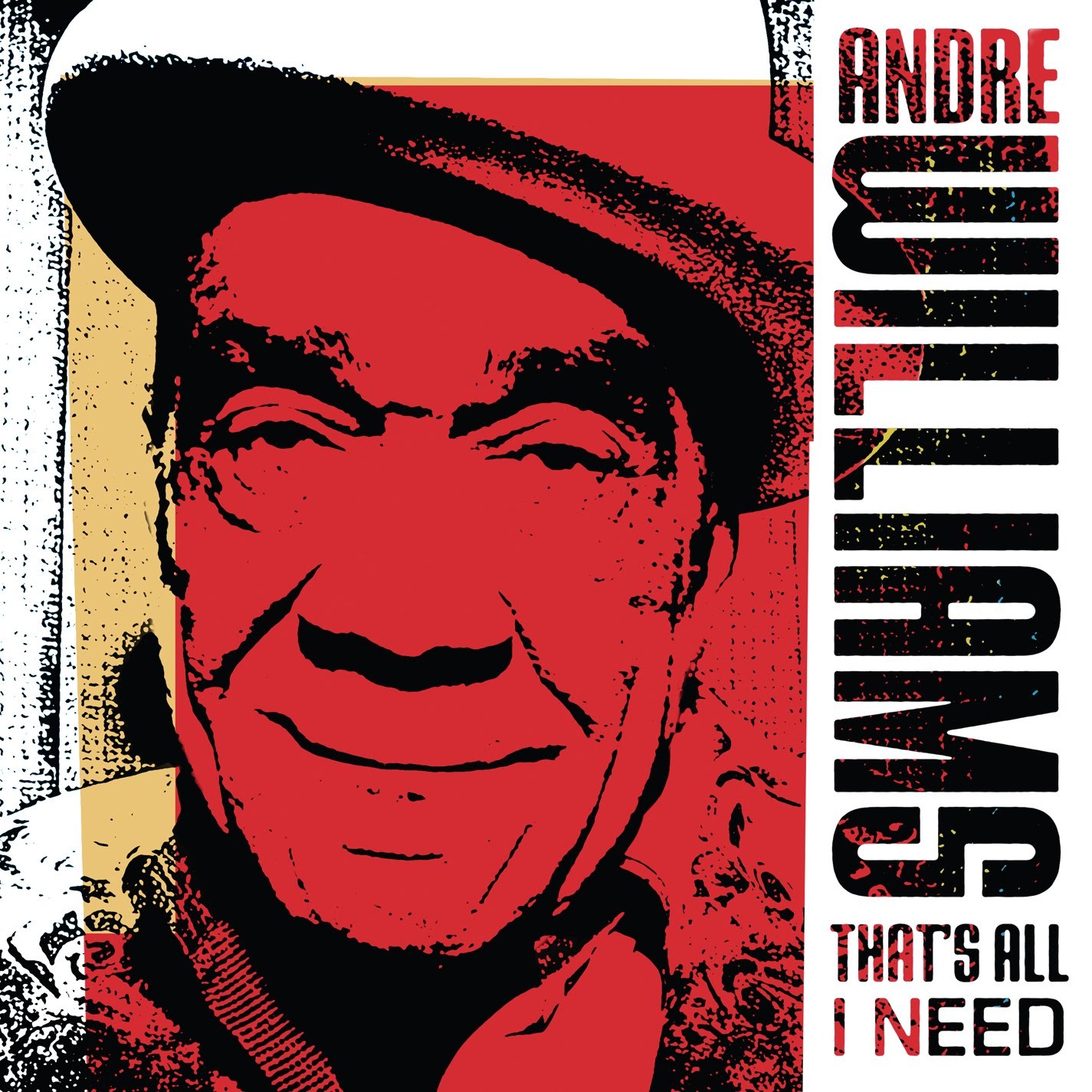 The 74-year-old Detroit native and R&B soul singer Andre Williams is literally a soul survivor. His life so far is a story that legends are made of. In 1957, before he'd reached 21, Williams had written the top 10 Billboard R&B hit "Bacon Fat." In the early ’60s, the young songwriter co-wrote Stevie Wonder's early song, "Thank You For Loving Me." Williams also wrote "Shake A Tail Feather," which became a hit by The Five Du-Tones and later for Ike & Tina Turner. Later in the ’60s Williams signed to the legendary Chess Records as a performer/songwriter, releasing nuggets such as "Cadillac Jack" and "Humpin' Bumpin' and Thumpin'." He even penned some early songs for Parliament and Funkadelic (when they were still individual groups) in the early 1970s.

However, due to a serious drug problem, Williams' life hit the skids, leaving him homeless in Chicago in the 1980s. Recovering his life (and career), he made a comeback in 1996 with a release of new renditions of his back catalogue: Mr. Rhythm (from a nickname coined by comedian Redd Foxx). Subsequently, he collaborated with a number of contemporary garage/punk outfits, such as Jon Spencer's Blues Explosion and Mick Collins and Dan Kroha of Detroit's The Gories, drawing a new audience. For Williams' new release, That's All I Need, Outrageous Cherry's Matthew Smith co-produced and corralled a number of Detroit stalwarts, including Dirtbombs' bassist Troy Gregory, drummer Dave Shettler (from Saturday Looks Good to Me and The Sights) and the legendary Motown guitarist Dennis Coffey. The result is a satisfying and coolly understated recording.

Williams' established style, one nearly conversational, has aged well over the years; his timbre has maintained that whiskey-soaked smoothness. On That's All I Need, he uses this voice to narrate a number of tales from his dense history and experiences. From the opening slithering blues number, "My Time Will Come," Williams recounts, "I've been inside a jail. I've inside a church. I've sold everything -- from medicine to merch. My school's been short, but my learnin's been long... I truly believe my time will come." The phrase "my time" carries a double-meaning, coming from experiences that have been there and back. On the title track, "That's All I Need," Williams humbly voices, "If you get my mother out of the projects and get my dad out of the steel mills... that's all I need. Just a step above the ghetto, just to get by, that's all I need."

Co-producer Matthew Smith has given an understated psychedelic edge with garage rock touches to Williams' R&B soul, allowing space for his narration. That's All I Need serves to be an intriguing assessment, both in tone and lyrical content, of an artist's life and survival.