The Aptly Named Life is Strange 2

A virtual Humboldt adventure for the homebound 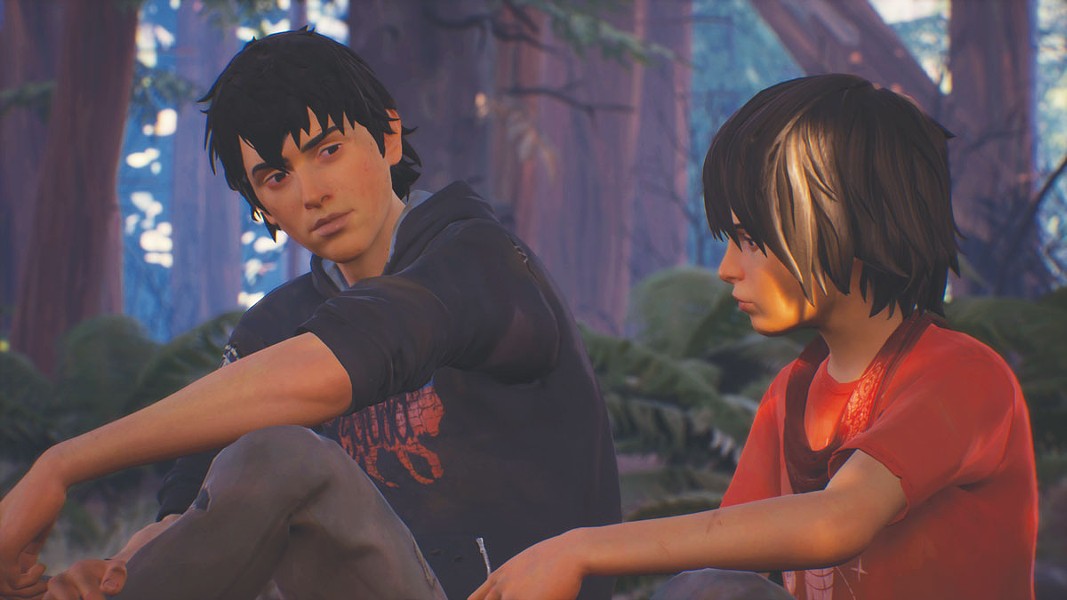 Courtesy of Square Enix Sean and Daniel under the big trees in Life is Strange 2.

Life is Strange 2 is an episodic, choice-based adventure developed by Dontnod Entertainment and published by Square Enix. In a re-imagining of the road trip trope, the main characters, Mexican-American brothers Sean and Daniel Diaz, are forced to set out on a journey south from Seattle to Puerto Lobos, Mexico. Throughout the tale, the brothers travel through beautifully rendered scenery of Washington's forests, Oregon's coast and, even more familiar, Humboldt County. When I first heard about the game and that the developers had chosen to include our county, I cringed a little.

Notoriously inaccurate portrayals of Northern California and the Emerald triangle abound. It's refreshing to see that Dontnod apparently chose to do its fair share of research into certain aspects of Humboldt life, such as the cannabis industry. The landscapes are inviting and provide a nostalgic air of mystery and wonder. It makes you want to go for a drive and see some of the beautiful sights behind the Redwood Curtain. The characters don't happen into any towns so there won't be any comparisons to draw, but the fairly accurate portrayal of illicit pot farms was amusing.

The game doesn't end there, taking some detours that demonstrate Dontnod did some excellent location scouting for this title. This should be expected due to the success of the first Life is Strange game and the announcement the company made early on that the follow-up would feature new characters and locations, since the developers felt the original game's characters Chloe and Max had completed their story.

At its core, this is an adventure game with a tale of two brothers trying to find refuge in a world that is dangerous and unwelcoming. The theme of racism and systemic abuse runs throughout the game and might have been the driving motivation to make Sean and Daniel of mixed Latino heritage. Being of two worlds and welcome in neither is a strong theme, as well, but this might be more due to the mysterious nature of younger brother Daniel, who seems to have superpowers. One of the strengths of the game is that the greatest tool — sometimes weapon — is in the hands of a young, impressionable mind and not in the older, more mature half of the duo. Every action has consequences that impact the world, yes, but also the brothers' mental and physical wellbeing.

While a good array of decisions are in the hands of players and not just left to the team of talented writers, there are times when you lack freedom of choice. In those moments it's apparent Dontnod is here to tell a story and the game can feel a little bit on rails. There is a point where Sean is pressured numerous times to participate in something dangerous and illicit. Wanting to be the good big brother and protect Daniel, I made the decision not to participate several times but eventually the choice was foisted upon me, and I was left to deal with the fallout I'd desperately tried to avoid. Perhaps this speaks to a certain inevitability, much like the conclusion to the "Hermanos Lobos" journey, which I won't spoil here. You'll have to play it for yourself and make your own decisions — that is the true beauty of Dontnod's Life is Strange series.

Carmen Jackson-Lopez works for the Yurok Tribe and prefers she/her pronouns. She is a writer and video game enthusiast.