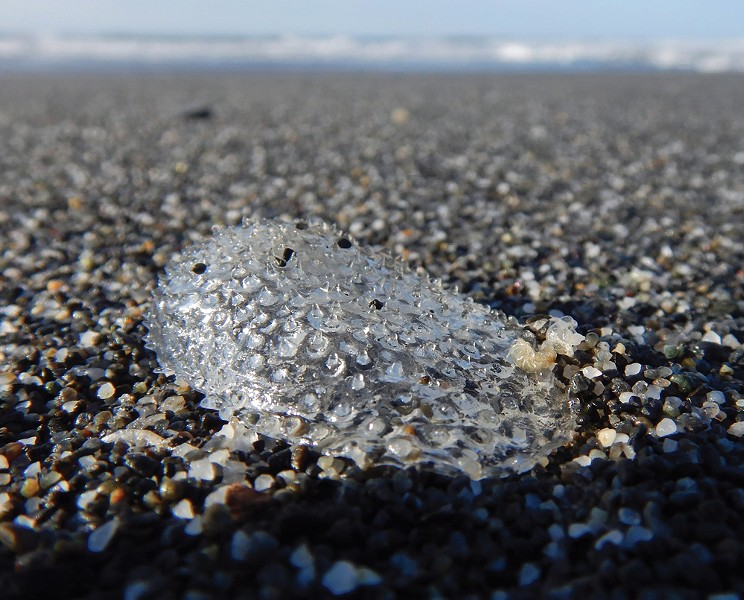 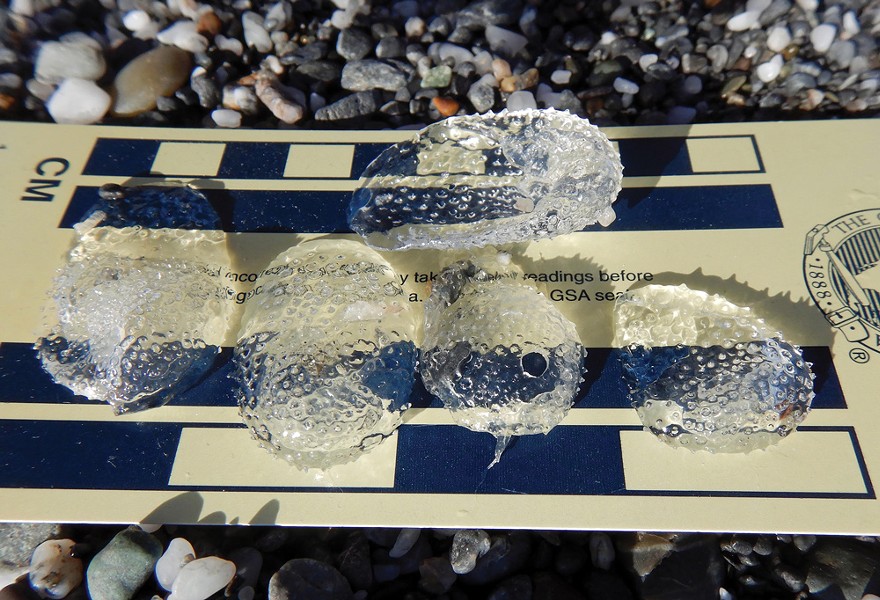 Photo by Mike Kelly A bunch of beach thimbles. 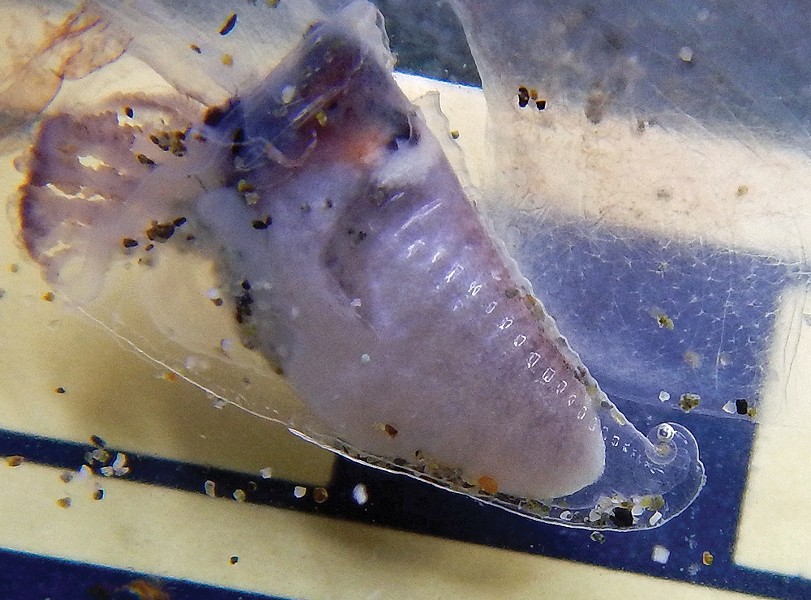 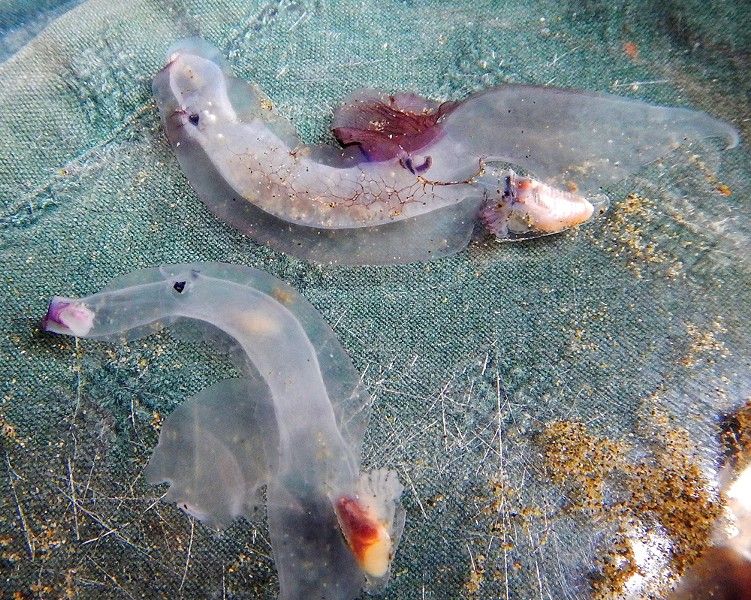 The 2024 Olympic qualifying trials in beachcombing are about to start right here in Humboldt! I'm hoping to represent Team USA in the 10,000-meter freestyle beachcomb. I'm up against a crowd of fierce-looking athletes. Wish me luck!

The objective is simple: Competitors cover 10,000 meters of beach in a full-contact beachcomb to find the most species of washed-up creatures. And because the 2024 Summer Olympics will be held in France, the theme is les escargots. This emphasis on snails may give me an advantage because I know a couple of "secret snails."

There's the gun! A gender fluid individual to my left starts by throwing sand in my face. But luckily I wear goggles when I beachcomb. So I squirt them in their eyes with some SPF-30 and continue searching for a "beach thimble."

This so-called beach thimble I'm looking for is a bumpy jelly-like object that is part of a snail called a sea butterfly (Corolla spectabilis). The animal itself looks nothing like a typical snail. It lives at sea swimming with butterfly-like wings and trapping small plankton in the mucous sheet it secretes and then consumes.

The beach thimble structure is analogous to the shell of a regular snail. In fact, it is called a pseudoconch, or false shell. It is tough enough to protect the internal organs of the animal. The rest of the snail is delicate and I've never found an intact sea butterfly washed up.

GHAA! Some old dude just kicked me in the groin. Luckily I wear a cup when I beachcomb. I catch him on the chin with a spinning roundhouse kick. And look! There's a beach thimble! OK, now I'm searching for a sea elephant (Carinaria japonica).

Sea elephants are far less commonly washed up than sea butterflies. I've probably found fewer than 10 around here. Like the sea butterfly, the sea elephant lives near the ocean surface and is free swimming. But unlike the sea butterfly, it is an active predator. Its large single fin, which is the same structure that forms the foot of an ordinary snail, provides enough speed to grab prey using sharp teeth at the end of its trunk-like proboscis.

Now a chick and I spot a washed-up sea elephant at the same time. She finds a gap between my cup and my chaps and punctures my femoral artery with a sharpened driftwood stick. Then we lunge head-to-head for the sea elephant. Luckily I wear one of those old-time German helmets with the spike on top when I beachcomb. I got the sea elephant and my competitor didn't suffer.

This sea elephant is in such good shape that it still has its little cone-shaped shell attached! The shell is thin and see-through and about a centimeter long, only big enough to protect the snail's small package of organs. I sense victory. But I also sense my steel-toed boot filling with blood, so I collapse across the finish line.

As I await the judges' decision, I lie on a gurney somewhere in the convoy of ambulances reflecting on the origins of Olympic beachcombing. If you recall from history class, the ancient Olympians competed in the nude. And because there are only so many places you can stash seashells during nude competition, women had an advantage. But with modern technology, such as fanny packs and vests with lots of pockets, the playing field has been leveled. Now all genders are able to compete at the same level as women.

Now here comes the final tally ... And I win by two snails! See you in France, les chiennes!