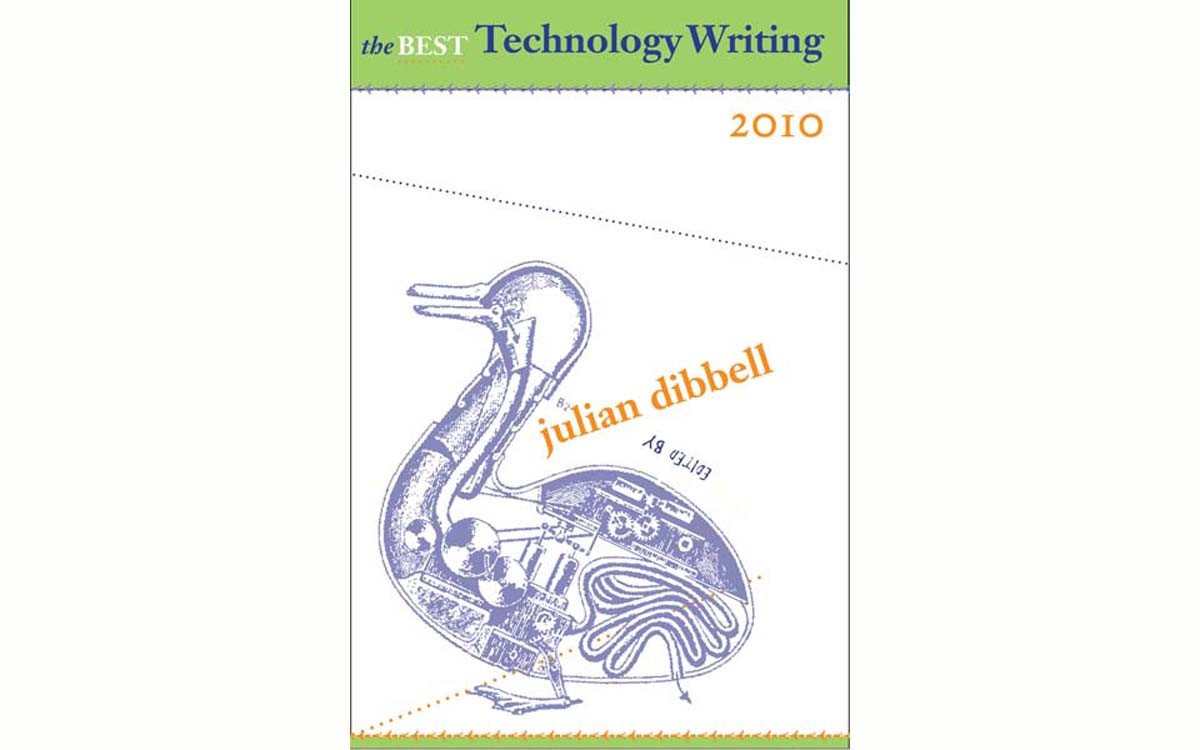 Once again this annual Yale Press selection provides informative, thought-provoking and well-written pieces on manifestations of new technologies, with the emphasis on their impact and meaning, applied not only to contemporary life but to our understanding of larger matters such as biological evolution and the human brain.

The topics include aspects of the Internet now taking the biggest slice out of life: Facebook, Twitter, Google, texting etc. But there are a few passes at other uses of new technologies, like Burkhard Bilger's piece on the attempts to create the perfect stove -- cheap enough for the extremely poor, but also efficient, low-carbon and healthy: the leading killer of children in the world is pneumonia, caused by toxic smoke.

Like Bilger's, the best pieces combine reporting and thoughtful analysis. Vanessa Grigoriadis begins with an account of Facebook's problems with privacy but moves quickly into a nuanced consideration of the social networking phenomenon as a whole. Tad Friend's profile of Elon Musks, the epic-scale visionary entrepreneur (PayPal, SpaceX) whose name could have emerged from a Thomas Pynchon novel, is also a keeper.

Then there are the pieces you can both admire and argue with, like Sam Anderson's "In Defense of Distraction," which makes an undeniably good point that we need both focus and dreaming, but skates by important perils of distraction as lifestyle.

In his introduction to this volume of smart good reading, editor Dibbell points out that in this era of a billion blogs, tweets and texts searing cyberspace, every piece but one comes from the "traditional print media -- and perhaps more than ever in the bastions of that tradition upon which the best practitioners of long-form journalism now converge, like polar bears on a shrinking ice floe."

The reason for that may have something to do with the fact that writers have to eat and finance a life, and it takes a life to do this work well. It also costs to do the research. Moreover, this is particular work, enabled by the better newspapers, magazines and book publishers. Among the last animals to be paid decently to arrange words are various species of academics, but due to different priorities and skills, few produce prose that ordinary intelligent readers care to read.

So far the fetish and frenzy for Internet media that's abandoning print has failed to provide either stable platforms or adequate payment, as evidenced by the slovenly opportunism of at least one Internet media company that Daniel Roth writes about, and notwithstanding Clay Shirky's myopic analysis of print media, both in this volume. So grab a good book while you can -- this one, for instance. It's accessible to anybody with a vocabulary of actual words.