The Bible of Psychiatry 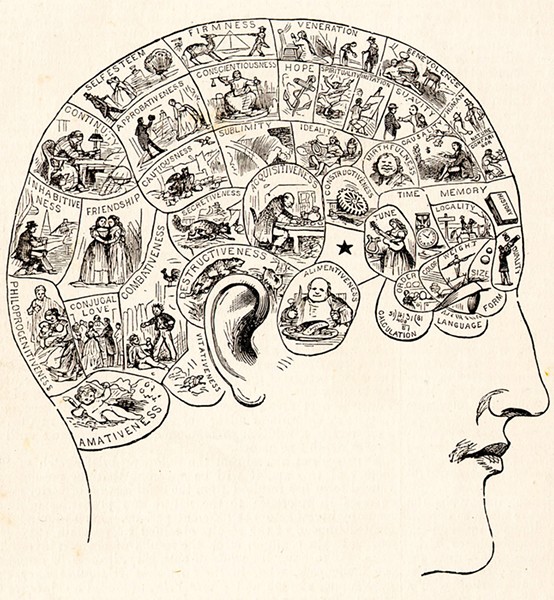 Illustration from People's Cyclopedia of Universal Knowledge Using charts like these, "phrenologists" once correlated bumps on the skull with character defects. Crazy as it now sounds, phrenology at least strove for measurable data, in contrast to today's subjective diagnoses.

The bombshell came a few weeks before the recent publication of DSM-5, the fifth version of the American Psychiatric Association's Diagnostic and Statistical Manual of Mental Disorders. Thomas Insel, director of the National Institutes of Mental Health (the world's largest psychiatric research organization) wrote that the symptom-based DSM suffers from "a lack of validity" and that "symptoms alone rarely indicate the best choice of treatment."

Why should such criticism, written by a top mental health professional on his official government blog, matter to any of us not directly involved in psychiatry? Because the chances are that your life, or that of a close relative or friend, is affected by the DSM, the "Bible of psychiatry." DSM-based diagnoses routinely affect: insurance coverage of mental health treatment and prescriptions; disability payments based on psychological factors; hiring and firing decisions; granting or withholding of security clearances; court decisions regarding child custody and criminal sentences; qualification for life insurance; therapies for students with learning disabilities; and much more.

Diagnosis of mental illness is a very different procedure than diagnosis of, say, heart disease or AIDS, where physical tests are used to objectively check for obstruction of the aortic artery or the presence of the AIDS virus. Brain disorders don't usually lend themselves to identification by physical tests, so psychological diagnoses are based on symptoms. For instance, if (based entirely on subjective observations) a psychiatrist believes that you meet nine of the DSM-listed criteria for major depressive disorder, you've got MDD.

The DSM started out in 1952 with the best of intentions, aiming to provide mental health workers with a common language to describe psychopathology — which at the time included a wide range of mental, emotional or behavioral issues considered abnormal. (We'll discuss what constitutes "abnormal" next week.) The danger now is that common issues such as grief following the death of a loved one, or occasional binge eating, can be categorized as disorders and treated as such.

Before summarizing what's wrong with the DSM (everything!), it's worth looking at the extent of the problem. In a nutshell, we appear to be sicker even as we're taking more meds. Since 1987, sales of antidepressants and antipsychotics in the U.S. have multiplied almost 50-fold, to $25 billion annually. At the same time, the percentage of the population receiving federal disability payments for mental illness has tripled. Out of every eight people, one is now taking psychotropic medication — including children and even toddlers.

Insel's criticism of the DSM underscores the more fundamental debate of whether psychiatry may be on the wrong track altogether. In adopting a predominantly "biomedical model," psychiatrists assume that mental illness can be treated much the same as any other bodily afflictions: with drugs and, in extreme cases, surgery. Dr. Lucy Johnstone is a clinical psychologist and adviser to the British Psychological Society, which has a long tradition of questioning the "disease" model of mental illness. She writes, "There is now overwhelming evidence that people break down as a result of a complex mix of social and psychological circumstances — bereavement and loss, poverty and discrimination, trauma and abuse."

Next week we'll look at some of the specific criticisms leveled against the DSM, and the future of research into mental illness.

Barry Evans (barryevans9@yahoo.com) probably won't be shelling out $133.22 for his copy of the DSM-5. However, copies of Barry's Field Notes anthologies are available for much less at Eureka Books and Northtown Books.