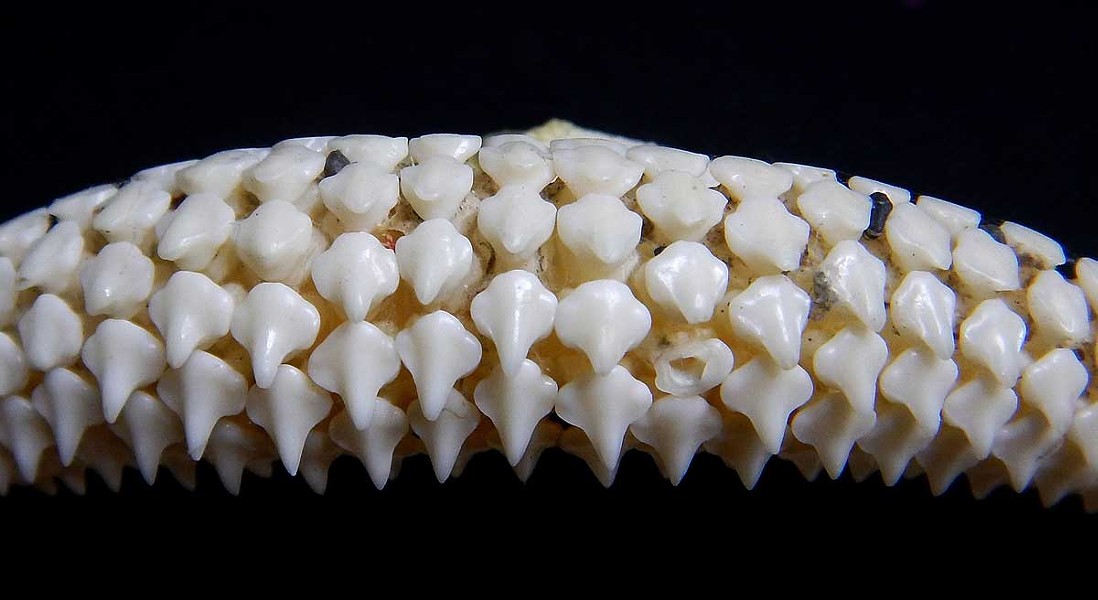 So, you know about the theory of evolution by natural selection, right? A tiny random mutation in an organism's DNA results in better fitness and gets passed on to future generations, etc. And, after hundreds of millions of years, this process is responsible for the diversity of life on Earth.

But who has time for that?

For example, in my personal creation myth there's a space alien named Claud, who looks suspiciously just like me. And in the beginning, like any good operating engineer, Claud was up at first light. He jumped on his cosmic earthmoving equipment and worked a six-day week with lots of overtime. He excavated the oceans and pushed up the continents. And then he stocked Earth with a boatload of animals.

Like many heavy equipment operators, Claud rested on Sunday by going fishing. This was about 6,000 years ago and no one had yet invented modern angling gear. So, Claud used his cosmic steamroller to humanely squash fish.

As you can imagine, it's not easy running down a fish with a steamroller so Claud made his Sunday last a really long time. Eventually, he ran down enough bony fish to create the halibuts and flounders and he flattened enough sharks to create the skates and rays. This seminal steamrolling effort is also why the Earth is flat and all the regular planets are spherical.

Claud's handiwork occasionally washes up on local beaches. In my experience, the most commonly washed-up "flat shark" is the big skate (Beringraja binoculata). Sometimes a whole specimen washes up but the most common sign of them is their egg capsule. This type of egg case is laid by skates and certain sharks and is called a "merperson's purse." (They're actually called "mermaid's purses" but whatever.) The big skate produces the world's largest merperson's purse, and it is also the world's second largest skate. The common skate (Dipturus batis) is the biggest skate but is far less common than the big skate. Claud likes messing with us.

Anyway, the merperson's purse of the big skate often washes up empty and will dry out into a relatively non-smelly, rectangular-ish souvenir. They are brown and kind of leathery with an arched top. They are usually about the size of a discarded flip-flop. Sometimes they wash up with embryos still inside, so don't try to turn a heavy one into a souvenir. Somehow Claud has been able to fit up to seven baby skates into a single merperson's purse!

Another sign of the big skate that washes up occasionally is its skull. Look for them after a low tide with big surf. Claud made skates cartilaginous, so it's not bony like a regular skull. Their skulls are a flat, rectangular, semi-ridged, jelly-like white object with a pointy end. Big skates can exceed 6 feet long, so the skull is as big as you would expect.

The jaws of a big skate also make a nice souvenir if you possess the required license and skills. Their teeth form a small nightmarish carpet for the varied animals it sucks from the ocean's bottom. Speaking of eating, some people eat big skates and there is a small commercial fishery for them. But most people would rather have halibut and halibut fishers hate it when they accidentally hook a big skate. The skate hates it, too. And Claud doesn't care.