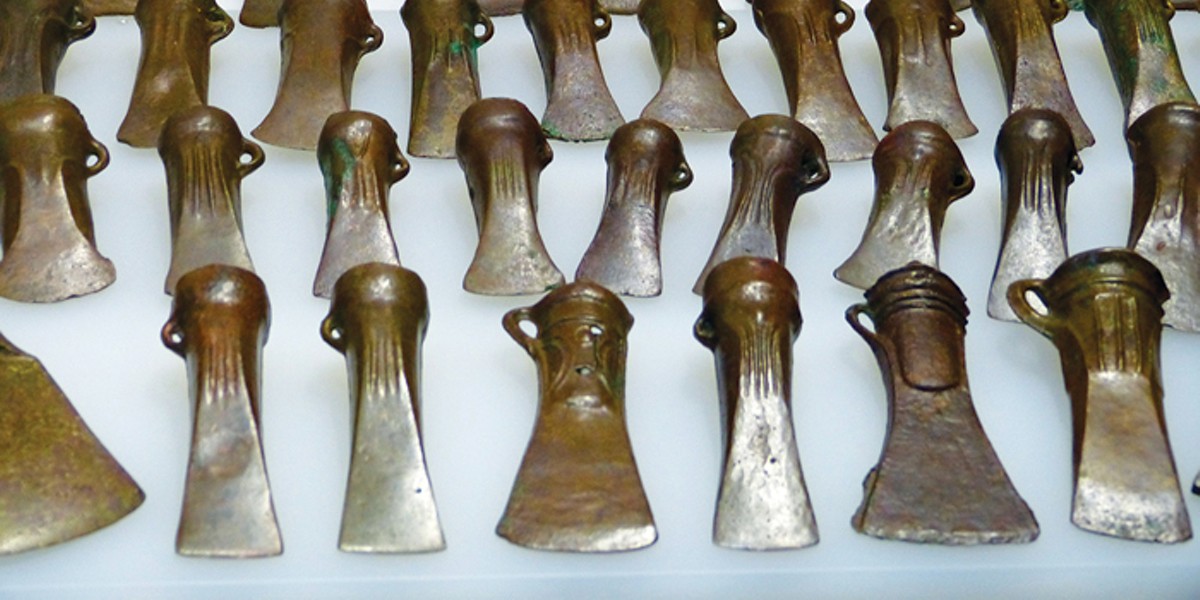 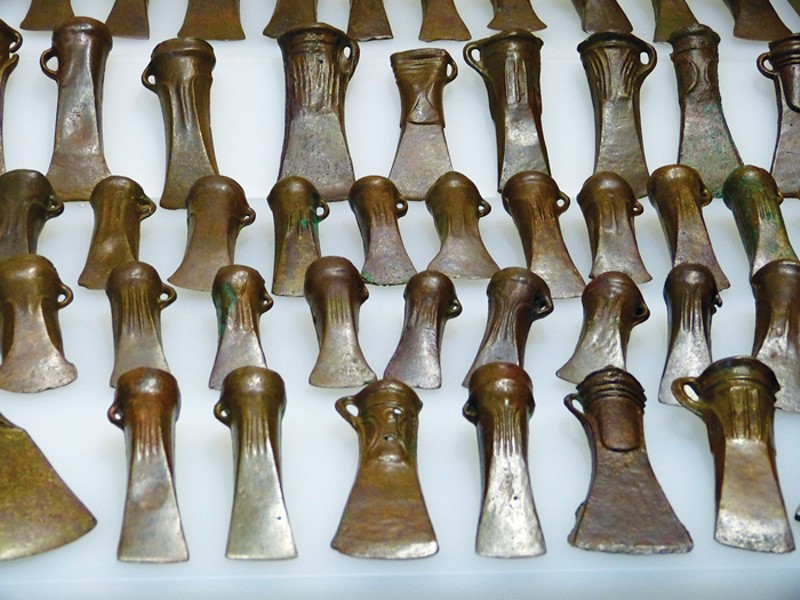 Last week we saw how the three-part division of history proposed 200 years ago — Stone, Bronze and Iron ages — might have been a foursome if the Chalcolithic, or Copper Age, had been included. Although copper is relatively abundant and is occasionally found in its pure form, it's not so useful as a tool material because of its softness. Add about 10 percent of arsenic or tin to copper, though, and you get the alloy bronze: harder and more durable than pure copper, easier to work and corrosion resistant. It was the ideal metal for just about everything before the Iron Age.

Absent knowledge of metallurgy, how could the first bronze workers — probably Sumerians living in Mesopotamia around 3500 B.C. — have come up with the magic formula of adding arsenic or tin to copper? We'll never know for sure, of course, but a reasonable speculation is that copper and tin ores found their way into a single firepit, perhaps being used as a fire ring. As the heat smelted the ores, the two molten metals would have combined to form bronze. Since copper melts at 1,085 degrees C (and tin much lower), a firepit could have done the job. However it happened, we can assume serendipity, rather than foreknowledge, played the major role in creating tin bronze.

Arsenic bronze is another useful metal, but early bronze makers must soon have realized that arsenic fumes were making them seriously ill, so they would have looked to tin as the additive to turn copper into bronze. The problem is that tin is a relatively rare element in Earth's crust, and the usual ore — tin oxide, or cassiterite — is found quite erratically around the planet. The closest sources for the ancient Mediterranean and Mesopotamian worlds were Devon and Cornwall in southwest England, Brittany in France and the Erzebirge region on the border of Germany and the Czech Republic. By testing for isotopes, researchers can pinpoint the source of ancient bronze objects discovered in the course of archeological excavations. Turns out, most of the tin used in Europe during the Bronze Age came from mines in Cornwall, meaning that a long-distance trade in tin must have flourished during the two-millennia period from 3300 to 1300 B.C.

Providing materials for weapons and armor, agriculture and domestic needs and works of art, bronze seems to have been the catalyst for the growth of cities, development of government, massive building programs (like the Egyptian pyramids) and — perhaps most importantly — the invention of proto-writing. That is, until the Bronze Age Collapse, usually dated to between 1200 and 1150 B.C., which sent the Mediterranean and Near East worlds into a tailspin that lasted several hundred years. Of the many theories proposed as the reason for the collapse, one strong competitor is the interruption of the tin trade routes (caused perhaps by a long-term drought or by relatively minor political upheavals). No tin, no bronze and, without a bronze underpinning, the entire machinery of state was vulnerable to failure.

Following the collapse, states slowly regrouped, concurrent with the start of the Iron Age. This is dated to between 1200 and 600 B.C., depending on the region. Iron is trickier to work than bronze and has a higher melting temperature (1,538 degrees C), but once smelting techniques were developed, iron became the go-to metal for most uses other than statues. For those, bronze remained the perfect material. It still is.

Barry Evans (barryevans9@yahoo.com) kept confusing bronze with brass when writing this. Brass is an alloy of copper and zinc.