The Cannabis Cup Runneth Over 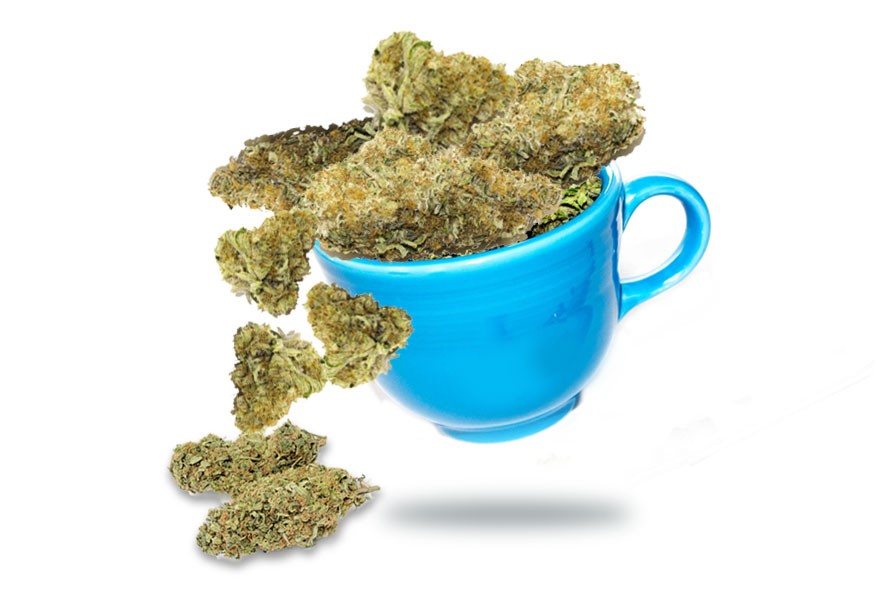 Seriously, though, California has way too much weed. I mean, even if you ignore all the black market stuff out there, the Golden State just has too much weed, and that's even before that 147-acre monstrocity in Santa Barbara County comes online.

Vessel Logistics, a San Francisco-based processor, manufacturer and wholesaler, recently released a 16-page harvest projections report that paints a pretty bleak picture for those farmers in California's regulated market. With 1,142 acres of land permitted for cannabis cultivation as of the end of April, California was on track to produce an estimated 9 million pounds of cannabis this year, according to the company's projections. The trouble is the company projects the legal wholesale market will only buy 1.8 million to 2.2 million pounds of that, leaving a glut of cannabis on the market. Heck, even if farmers were to cut their production in half, they'd still produce twice as much weed as consumers are ready to purchase through legal markets, according to the projections. (It's worth noting that this imbalance is only expected to grow as more cultivators enroll in the state's track-and-trace program, which is designed to curtail diversions to the black market.)

And because cannabis products have a shelf life, the report predicts this supply-demand imbalance will send prices plummeting.

Jacqueline McGowan, a cannabis lobbyist with K Street Consulting, told the Sacramento Bee that the price plunge would undoubtedly cause pain for cultivators, sending many out of business, it might be good for the market as a whole. It would make regulated cannabis products cheaper for consumers, which she said is the best way for the regulated market to compete with its illicit counterpart.

"Will this cause another extinction event? Absolutely. But will it cause the industry to collapse? No, it will not," she said.

Facing a similar supply-demand imbalance, Oregon is taking some drastic steps. When the state legalized recreational cannabis in 2014, it intentionally set up a system with very low barriers to entry, wanting to get as many of the state's black market growers into the new regulatory framework as possible. While that arguably worked, it also left the state with a glut of legal weed, plummeting prices and struggling farmers. According to a report from the Oregon Liquor Control Commission, the state's 2,100 licensed growers were projected to produce more than six times what the state's 4 million residents were expected to consume in 2019. And this after consumers saw the average retail price of cannabis cut in half over a two-year period, according to an article in the Los Angeles Times.

First, there is Senate Bill 218, which gives the liquor commission more discretion on licensing, allowing it to assess supply and demand conditions before allowing new farms to enter the regulated market. This can't hurt but the Legislature already imposed a moratorium on the issuance of new licenses a year ago.

Then there's the far more ambitious Senate Bill 582, which authorizes the governor to enter into cannabis import and export agreements with other states. This plan is an obvious solution, right? Why wouldn't you try to grow a bunch of something that grows really well in one geographic area and then look to export it to places where said crop doesn't grow? It's the same market principle that allows us to buy avocados at the market here on the North Coast.

There is, of course, a major catch. It's the federal government that regulates interstate commerce and cannabis remains classified as an illegal Schedule 1 drug under the Controlled Substances Act. This leaves Oregon's plan either dependent upon Congress acting to change cannabis' federal status or the benevolence of the Department of Justice inder the Trump Administration, which, a few platitudes aside, has done nothing to push the county toward a saner approach to marijuana laws.

Undeterred, the Craft Cannabis Alliance, which pushed the Oregon bill, is lobbying to get a similar one passed in California with the goal of legally moving cannabis between states by 2021. A word to the wise: The alliance may want to start stumping for political candidates in 2020 because without a sympathetic administration whose party controls both houses of Congress, this state law is worth less than all that bud it's intended to protect.