The Cedars of Lebanon 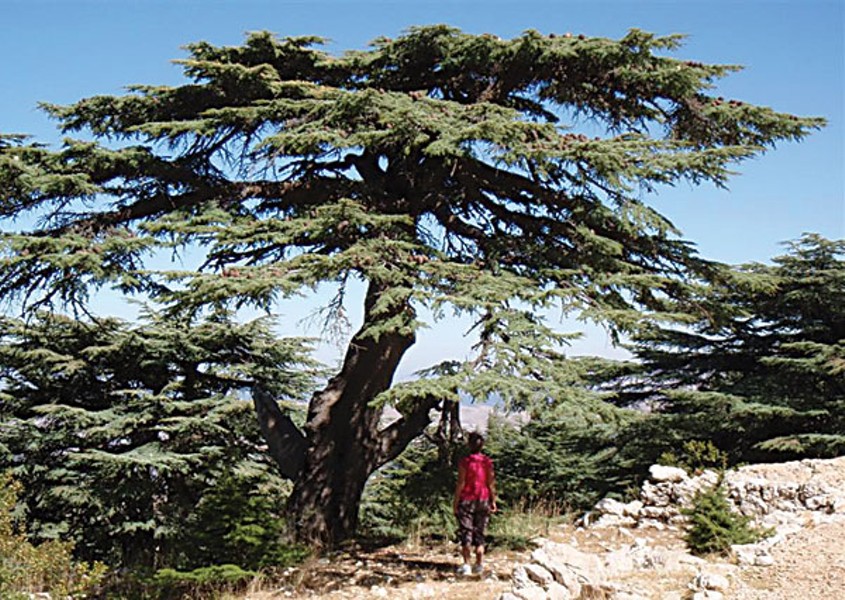 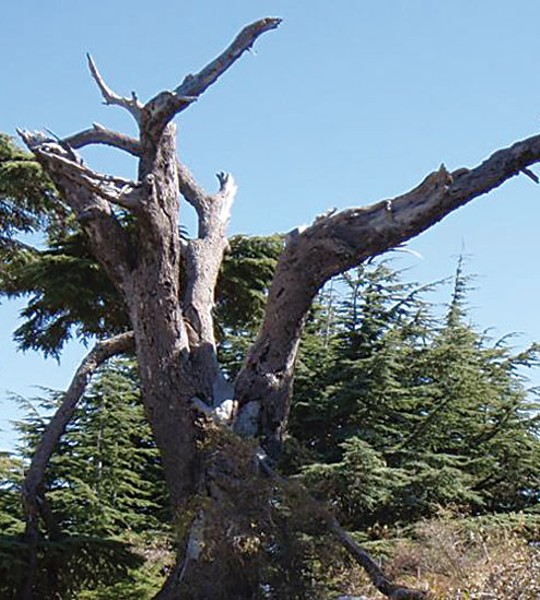 The deforestation of the cedars of Lebanon happened much as these elegant trees grow: slowly but surely. Five thousand years ago, cedar forests covered huge swaths of the central mountain range of this pocket-sized country (smaller than Connecticut), a land squashed between Syria, the Mediterranean Sea and Israel/Palestine. Today, after millennia of exploitation, three reserves protect most of the oldest remaining trees.

Lebanon's cedars are famous for providing the timbers that Biblical King Solomon is said to have used to build the first temple in Jerusalem. Archeological evidence from the era, the 10th century B.C., is scarce at best, and we really don't know if the story is true. But we do know that Phoenicians used Lebanese cedar for shipbuilding, Egyptians prized the resin for mummification, and more recently the Ottomans employed the wood for railroad ties. One way and another, most of the vast forests disappeared over a span of some 3,000 years.

On a recent trip to Lebanon, we first strolled in the "Cedars of God," a small (250-acre) grove located over 6,000 feet elevation at the head of the Quadisha Valley in central Lebanon. Conservation of this UNESCO World Heritage Site was kicked off with a donation from Queen Victoria, which paid for a high stone wall around the reserve to protect against goats who like to graze on the saplings. The oldest trees, which reach 150 feet high with girths of over 40 feet, are around 1,200 years old. They barely survived a fungal attack a few years ago, and look to be healthy today.

Later we visited part of the largest protected area, the Al Shouf reserve, where six large groves are home to cedars up to 2,000 years old and where a systematic program of planting is being carried out. At a latitude of 34 degrees north, the area is at the southernmost limit of where cedars can grow. Reforestation is now slowly happening in other parts of the country.

To underscore the importance the country accords these very graceful trees, the Lebanese flag features a silhouette of a cedar. It seems that despite thousands of years of exploitation, not to mention the recent civil war and other stormy events in the country's history, the cedars of Lebanon are making a comeback.