The Choice is Yours 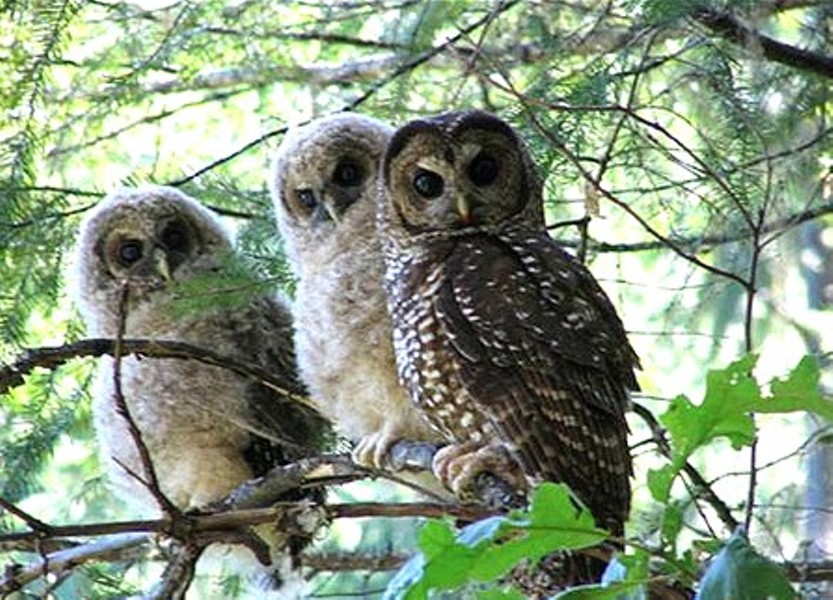 If you limited your vehicle purchase options to hybrids or electrics, sip only shade grown fair trade coffee and buy clothes only from brands that pay a living wage, it's long since time you took the same approach to your cannabis.

This notion was underscored mightily by a recent study authored by researchers from the University of California at Davis, which found that rodenticides from cannabis farms in Humboldt, Mendocino and Del Norte counties are likely poisoning the federally threatened spotted owl. If the spotted owl doesn't immediately ring a bell, it should — it's one of the species that sent Humboldt County's environmentalists and loggers to war with one another, pitted federal agency against federal agency and prompted regulators to study what would happen if they killed off one of its chief competitors, the barred owl.

In short, lots of effort and lots of ink have been spilled in trying to protect this species that was once abundant in old growth forests of the North Coast but that now only boasts about 550 pairs in all of California.

The new study found that seven out of 10 spotted owls found dead in the field in the tri-county area had rodenticides in their systems, the likely result of the owls feeding on prey that had ingested rat poison found at a cannabis cultivation site. The idea of rat poison from pot grows affecting wildlife isn't new — Mourad Gabriel, the study's lead author, has published numerous works documenting the impacts of these rodenticides on the Pacific fisher. But while fishers are omnivores that could have scurried onto cultivation sites and eaten the poisons, the owls are birds of prey that wouldn't have touched the stuff. This means the owls must have been poisoned by eating mice, rats and other rodents that had ingested the poison.

"It's clear evidence of food web contamination," Gabriel told the Journal, adding that if owls were prone to eating poisoned prey species, who's to say the same wouldn't be true of other birds of prey, mountain lions, martens, coyotes and other predators?

And just in case you're imagining these feathery — or furry — little critters just nibbling a bacon-flavored snack before passing away peacefully in their sleep, that's not how this goes. The rat poison in question used on cannabis farms to protect irrigation equipment or crops themselves are what are called anticoagulant rodenticides. They inhibit animals' ability to recycle vitamin K, making their blood incapable of clotting, leading to uncontrollable internal bleeding and, ultimately, death.

So what's an ethical, eco-groovy cannabis enthusiast to do? Well, the same thing as folks who detest child labor but like nice tennis shoes, live off caffeine but can't stand deforestation or are terrified of the impacts of global warming but need to commute to work: Be an educated consumer.

The only real silver lining in this study is its publication date, which came just a couple weeks after California launched its recreational cannabis regulation system. While we're in the midst of a transition period, this will ultimately allow you, the consumer, to walk into a retail shop and ensure you are buying from a licensed farm that, ostensibly, has opened itself up to site inspections. You can ask your budtender about the farm's practices, about whether laboratory testing results show any residual pesticides. You can research farmers, brands and manufacturers.

In recent weeks, there's been a lot of handwringing on all sides about the sticker shock that's coming with fully legal weed — with the added costs of regulation and compliance and taxes of around 25 percent — and whether consumers will pay for it. Well, as one of my favorite characters on the television show The Wire says, "conscience do cost."

So much like that cup of coffee, electric vehicle or locally made pair of shoes, you now own the choice. You can buy that florescent green indoor bud and own the sizeable carbon footprint that comes with it. You can opt for the cheap, black market stuff your friend's cousin grew and swears is clean green and take the chance you helped finance the clearing of a hillside, the dewatering of a stream and the poisoning of some federally threatened species, all while turning your back on the farmer trying to do it right. Or you can pay a chunk more and rest easy that no furry little creatures bled out from the inside in order to get you high.

The choice is yours and yours to own. But ignorance is no longer an excuse.