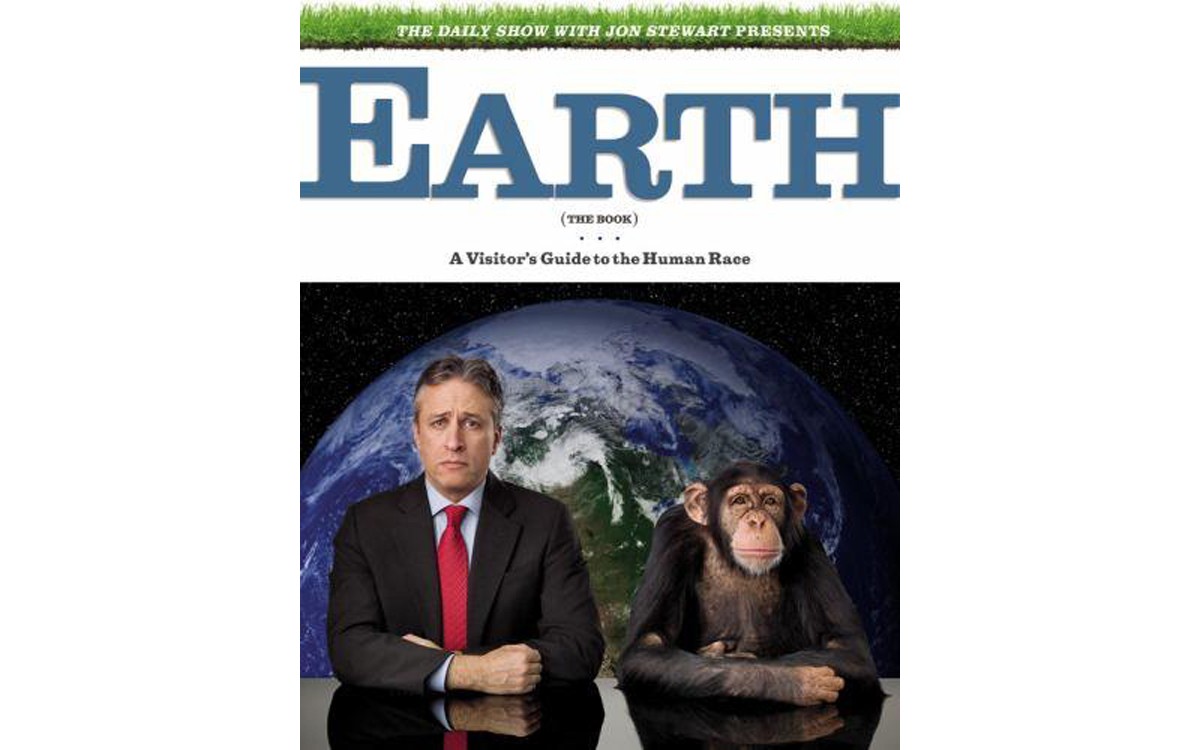 A mock textbook for aliens discovering the remaining vestiges of a planet left in ruin by its now extinct inhabitants, Earth (The Book), presents a definitive guide to our species, planet and what was once our way of life. Jon Stewart and the witty team of writers at The Daily Show step away from politics and ask themselves the age-old questions: What is the meaning of life? What is justice? Are three breasts sexier than two? To truly articulate the plight of the society, science, culture and religion the writers freed themselves of journalistic integrity and objectivity -- something cable news found to be successful years ago.

At first Earth presents "facts" like the genetic code for the mischievous twinkle behind George Clooney's eyes and why the Susan B. Anthony sand dollar went extinct (it just didn't catch on). Some bits are noticeably filler, though the brilliantly colored graphics, photos, charts and graphs provide momentum when the text borders on cliché and obvious.

Images like a well-endowed Larry King wearing nothing but one red suspender (reminiscent of the naked Supreme Court judges that got Stewart's America: The Book banned from Wal-Mart and across much of Mississippi) add the shock and awe needed to secure Earth's rightful throne on the shelves next to anthologies of The Onion. For some, they also make Earth quite a page turner.

As Earth progresses, subjects more intrinsic to the contemporary human condition are tackled, such as weapons, science, culture and religion, lending sharper wit and clever commentary. For those who tune in regularly to The Daily Show, these later chapters are what you've come to expect from the Emmy-winning writers. A periodic table of synthetics informs us of the connection between Bx (botox) and C (collagen), Sm (smog) and Mw (Miracle Whip). A black box with a question mark as an image of Mohammed paired with a description of the burqa as "protecting the wearer from the sun, and also from being stoned to death" inform us on Islam. A definition of Thetans as dollars (which must be removed from followers of Scientology) is just one of many well-deduced bits.