The Disreputable History of Frankie Landau-Banks 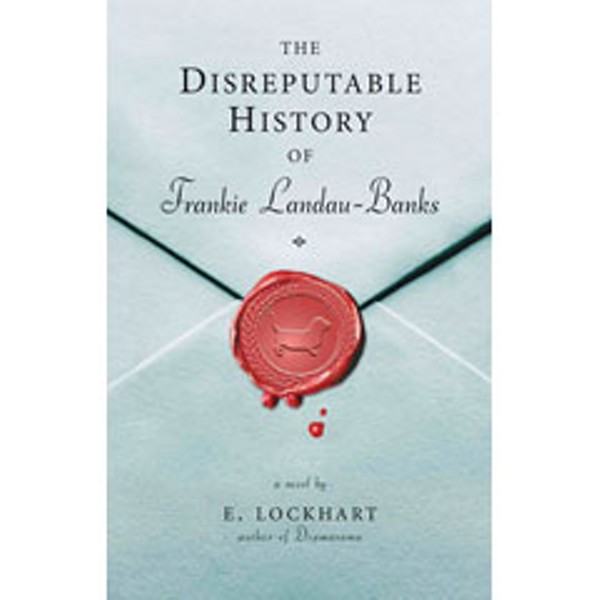 Teens may no longer be reading out loud with the family in the evening, but if you've created readers in your home, you can continue feeding their hunger with Young Adult Lit. Once the most maligned of genres, excellent books aimed at the 13-18 crowd now stand proudly alongside the latest Wally Lamb and Toni Morrison.

In E. Lockhart's The Disreputable History of Frankie Landau-Banks, Frankie has returned to her upscale boarding school transformed from a "slightly geeky" freshman into a sexy sophomore -- sexy enough to have captured the attention of popular, perfect Matthew Livingston. Fortunately, our protagonist is unsatisfied with simply having a hot boyfriend, especially when she finds out he's part of a longstanding secret school society for boys only, the Basset Hounds. Unwilling to tolerate the unfairness, Frankie takes over from behind the scenes, hacking into the club leader's e-mail and issuing orders under his name. Because her plots are so much more devious and fun than anything the current Alpha dog has going on, he is loath to reveal that he's not their mastermind.

Frankie evolves from meekly doing what's expected to standing up for herself, using the intelligence she so clearly has. Sounds simple, but being a smart and aggressive woman often incurs as much criticism as reward. In The Disreputable History, Frankie perceives the cultural double standard, but also examines her own divided reactions to her new strength. After an argument with her ex-boyfriend, she reflects:

She might have been a monster, Frankie admits, but that's still better than being someone whose opinions don't matter.

Lockhart doesn't rest on the obvious wrong of gender exclusion. She delves deeper into why being left out, for no reason other than being a girl, hurts. Despite Frankie's opinion of the Basset Hound meetings as disorganized and uneventful, she also notes, "... the purpose of the Loyal Order was connection. Bonding. Exclusivity ... they had such loyalty and joy. And because of her sex ... she would never, never get in."

Wanting to belong is universal; being left out can happen for any number of reasons. Ideally, a boy reading A Disreputable History would still empathize. The main male characters are no less developed -- meaning Lockhart presents their admirable qualities along with their flaws -- although we don't know them quite as well. Besides, the social commentary and soul-searching don't detract from the story's fast hook: How is Frankie going to get away with it, and what's going to happen if she can't?