The Grand Jury Weighs In 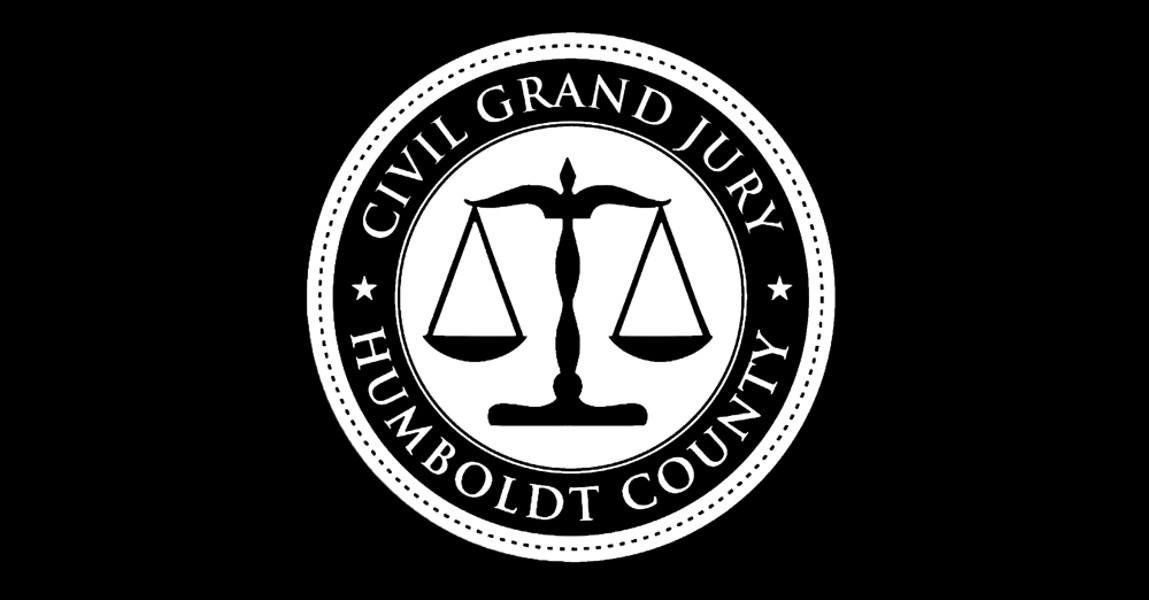 Just a couple weeks after creating a swirl of controversy by releasing a sharply critical report of incumbent Auditor-Controller Karen Paz Dominguez just days before the June 7 election, the Humboldt County Civil Grand Jury quietly dropped three reports in the span of about an hour on June 17.

The reports focus on the topics of elder abuse and housing insecurity for seniors, a look at the county's efforts to comply with state mandates related to Child Welfare Services and the Grand Jury's annual evaluation of county correctional and mental health facilities. The result of months of interviews, investigations and site inspections, the reports include a host of findings and recommendations, urging the county to invest in new facilities, set aside emergency shelter and permanent housing for its growing senior population and create an independent Office of Tribal Affairs to advise county departments and the Board of Supervisors.

Here's a quick look at each report, its findings and recommendations.

"Humboldt County is a great place to retire, if you have good health, a home to live in, medical insurance, a social safety net and people that care about you," the report opens. "But what if you do not have all of the things listed above?"

The Grand Jury's investigation began with a complaint from a senior who was confused and frustrated by the county's elder abuse reporting process and the response his report drew from local law enforcement. The investigation then "took a surprising turn" when a social worker suggested to the jury that homelessness is a "form of elder abuse," prompting the Grand Jury to pivot to looking into housing insecurity among seniors, as well.

On the elder abuse reporting front, the Grand Jury agreed with the senior that methods for reporting the physical, sexual, emotional and financial abuse, as well as neglect, of elders in Humboldt County is needlessly complex. During June — Elder Abuse Awareness Month — public service announcements about elder abuse reporting flood the air waves and show up in advertisements, the report states, but "when the month is over, the information becomes hard to find," especially for a demographic that may not have smart phones or be well versed in navigating the internet. As such, the Grand Jury recommends Adult Protective Services, local law enforcement agencies and the district attorney coordinate with all local media on a strategy for year-round public service announcements and articles discussing various aspects of elder abuse and how to report it.

While the Grand Jury indicates it believes elder abuse is an under-reported crime locally, it did take a moment to applaud the work of District Attorney Maggie Fleming, who created the Elder and Vulnerable Adult Services Team using Measure Z funding. Between 2017 and 2021, the team pursued 103 elder abuse prosecutions, garnering 41 felony convictions, as well as 20 convictions on lesser charges, whereas in 2016, a year prior to the team's formation, no local elder abuse cases were referred for prosecution.

"This is a substantial improvement," the report states, urging District Attorney-elect Stacey Eads to maintain the program.

While there are a host of services available to local seniors, the Grand Jury warns that housing insecurity is growing in the senior population, saying multiple governmental agencies and nonprofits alerted it to the "ever-increasing number of homeless seniors they now regularly serve." Currently, the report states there are no local emergency beds or shelters set aside exclusively for seniors, noting that many local seniors feel unsafe at other shelters and avoid them.

But emergency shelters should be the last resort, and the Grand Jury states plainly that now is the time for the county to maximize its efforts and leverage "extraordinary" and "plentiful" state grant opportunities to build more affordable housing.

"The Grand Jury believes the best way to ensure seniors remain housed is to create enough affordable housing for everyone and to ensure that enough housing, both emergency and permanent, is set aside for seniors," the report states. "At this point, with a 1,000-plus wait list for all affordable permanent housing in Humboldt County, seniors do not have time for another task force, housing study or years-long affordable housing wait list."

A 2015 investigation by the California Attorney General's Office into reports that the Humboldt County Department of Health and Human Services (DHHS), Child Welfare Services (CWS) and Humboldt County Sheriff's Office were failing to comply with state child abuse reporting laws led to a judgment against the county and a binding memorandum of understanding between the agencies and the state. The Grand Jury decided to follow up to see how the ensuing four-year process, which included state monitoring, to see what's changed, with a particular focus on tribal collaboration.

"We have determined that while DHHS-CWS and HCSO have made notable progress toward collaboration with area Native American tribes, this mandated corrective action continues to be a challenge in the areas of joint decision making, cross-reporting, communication involving child welfare policies, and oft-opposing philosophical perspectives," the report states.

The report states that compliance monitors have "noted Humboldt County's considerable struggle to achieve tribal collaboration." While progress has been made, according to the Grand Jury, a gap in understanding remains, in part due to distrust created by generational trauma and a still-limited understanding of tribal communities' values and culture.

In response, the Grand Jury recommends the county create an Office of Tribal Affairs that would advise the Board of Supervisors and county departments on matters of importance to local tribal governments and tribal citizens.

"Tribal representatives expressed to the Grand Jury their communities' greatest assets are their children, land and sovereignty," the report states. "Universal support for and understanding of their perspective is needed."

Custody Corrections and Other County Facilities

As a part of its annual mandate, the Grand Jury inspects the county jail and the Eel River Conservation Camp, and this year took on inspecting the juvenile hall, animal shelter, office of emergency services and Sempervirens Psychiatric Health Facility, among others.

Overall, the Grand Jury found the facilities in need of some TLC and investment, or outright replacement.

"It was evident to the Grand Jury that staff [at the facilities] were motivated, hard-working and passionate about successful outcomes for their programs and our community," the report states, before looking at the facilities themselves. "The Grand Jury noted peeling paint, ceiling leaks, deteriorating stairways and damaged ceiling tiles at several facilities. ... The Grand Jury finds these significant concerns: deferred maintenances; substandard facilities resulting in safety and functional issues; and mental health and substance use disorders which overwhelm our systems."

The Grand Jury calls on the sheriff's office, DHHS and local healthcare providers to form a comprehensive action plan that works to address the flow of illicit drugs into the county, provides services for users, especially those experiencing serious mental health issues, and examine the stigma associated with seeking "behavioral health and treatment services."

The county should move forward with plans to build a step-down housing facility that helps patients transition out of Sempervirens, the Grand Jury recommends, while also working "immediately" to replace Sempervirens with a "larger, modern facility designed to accommodate both adults and juveniles."

Repeatedly in this section, the Grand Jury calls for a greater investment in county facilities and it's often unclear where those funds would come from, as the county is operating at a budget deficit that's projected to grow to more than $20 million in 2024-2025. Staffing, the Grand Jury notes, also remains a significant issue.

"There are multiple vacant positions," the report states. "To attract new employees, affordable housing must be available for individuals and families. Without sufficient housing, jobs will be unfilled in numerous critical areas of the county."