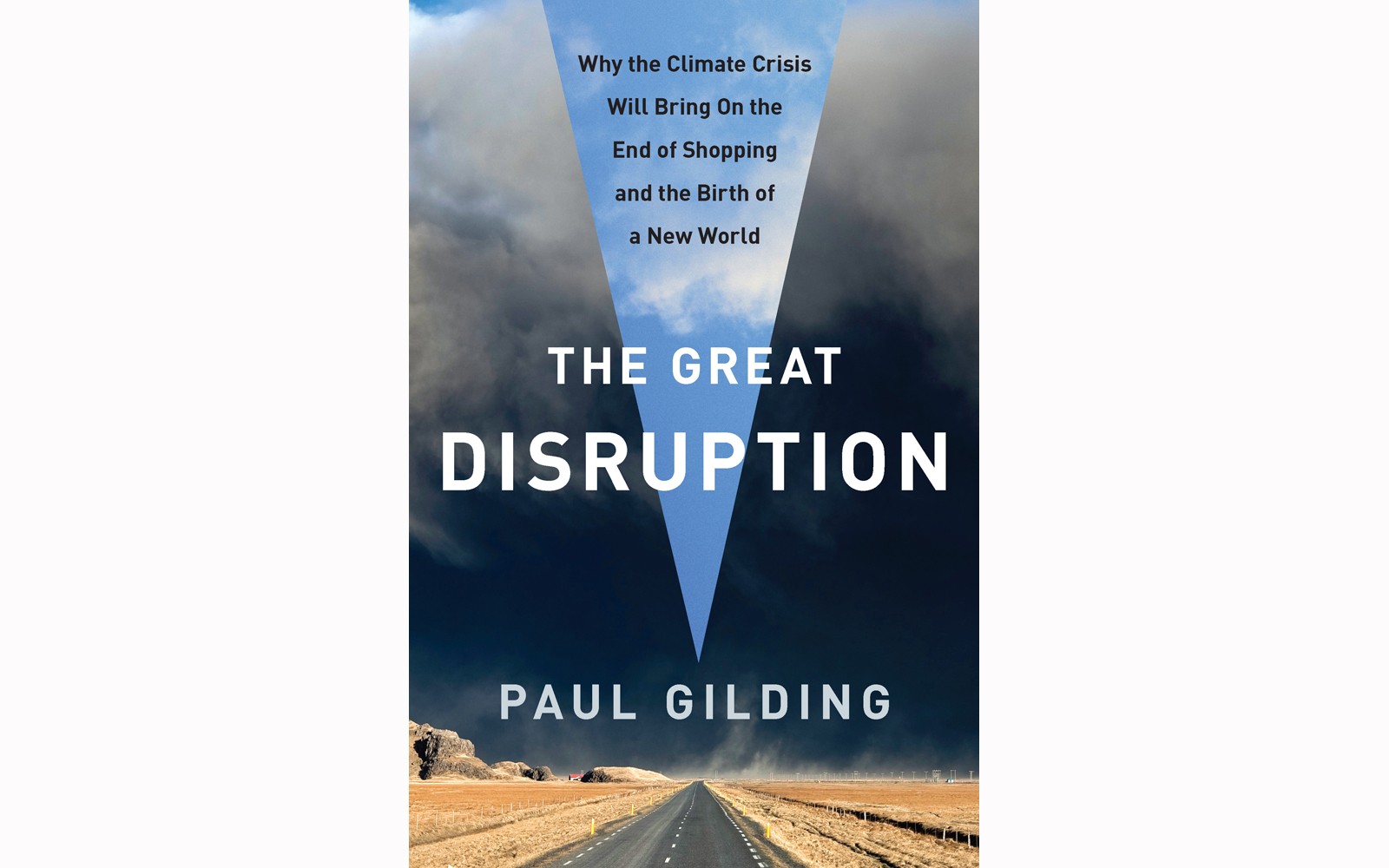 Our first truly human evolutionary test was whether we could anticipate the future catastrophe we were blindly causing, and act effectively in time to prevent it. Well, we flunked that one. Like other recent books on the climate crisis, this one asserts that the global catastrophe is unstoppable.

Gilding, a Australian former human rights and environmental activist as well as a businessman and corporate advisor, is forthright on the irrefutable factors besides the climate crisis that are converging: unsustainable population and economic growth outrunning and crashing resources. He says straight out what others have avoided for years: "I expect we'll tragically lose a few billion people."

Yet the buzz about this book is that it's optimistic.

Gilding asserts that there will come a point, perhaps an event, when the crisis will be really obvious, and humanity will respond in its characteristic "slow but not stupid, late but dramatic" way, as for example when the West geared up to defeat Hitler.

There will be what he calls The Great Awakening: "an exciting and ultimately positive transformation, with great innovation and change in technology, business and economic models alongside a parallel shift in human development. It could well be, in a nonbiological sense, a move to a higher state of evolution and consciousness." (Presumably that's if you're not one of the lost billions.) It's humanity's second evolutionary test -- and if we blow this one, it's pretty much over for civilization. And this transformation could begin in this decade.

At least half the book is devoted to Gilding's ideas of what must be done over the next 40 years to create a sustainable no-growth economy and the values that go with it -- ideas tested so far in his speeches and peer-reviewed papers, but now available for wider scrutiny. Though he uses big labels and inspiring generalities, he's practical and subtle on the process and details.

Gilding acknowledges that "grieving is an appropriate response" for the world we've destroyed and the resulting pain, "but sustained despair is not." Any chance for civilization's survival depends on "active, engaged and strategic hope." Hope is not a response but a commitment. Optimism is "the most important and political choice an individual can make."

This hope must be enacted partly by working to define the plans necessary to meet this crisis, so that when society demands them, they'll be ready. That makes this a book to keep. It takes awhile to absorb its information and the emotions it evokes. But there's getting to be a consensus that the catastrophe "that will shake us to the core" is coming. It's time to choose this way to be human, face the grief and think hard about the future.