The Great Flood in History 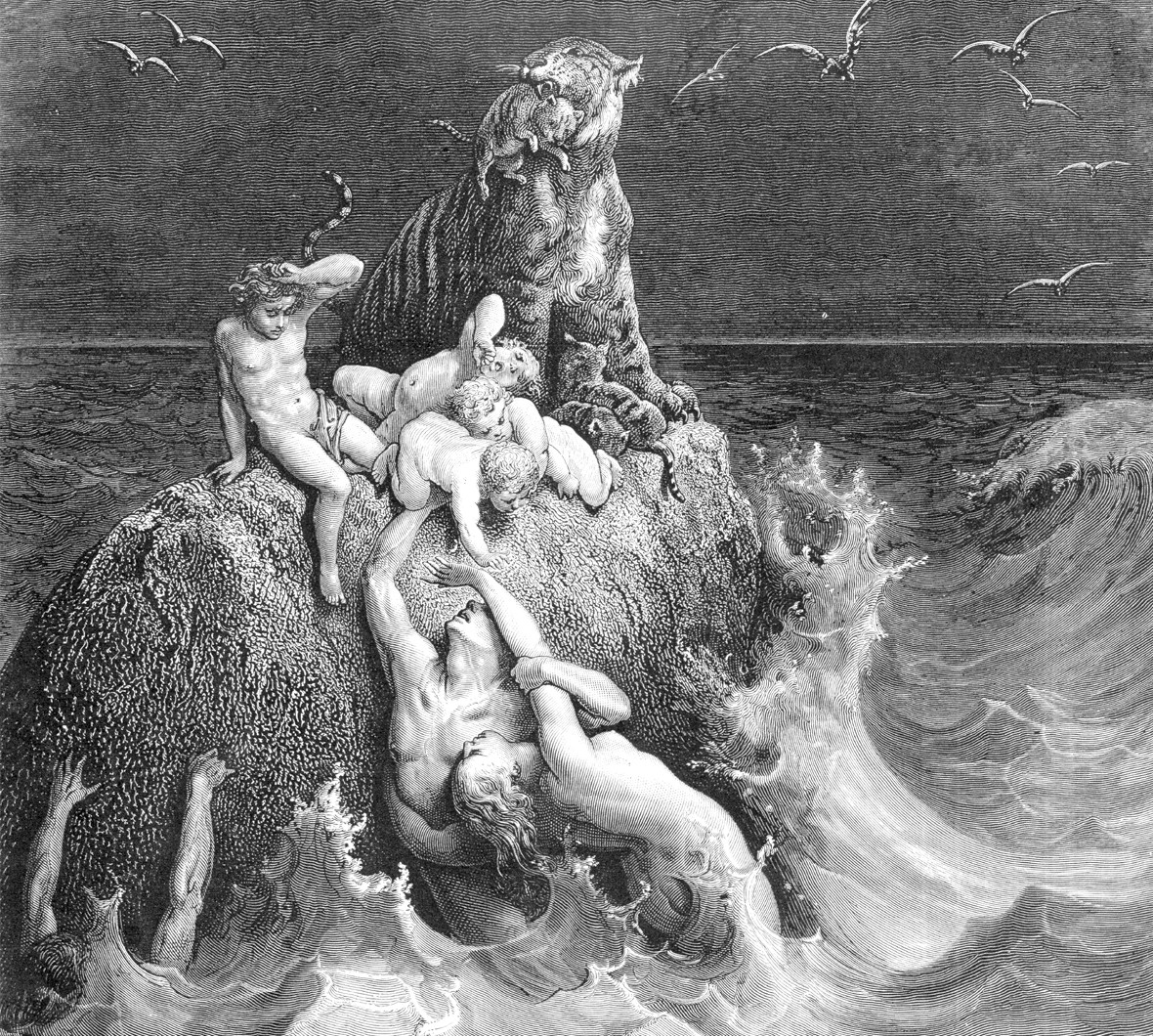 ...tear down thy house, build a ship; abandon wealth, seek after life; scorn possessions, save thy life. Bring up the seed of all kinds of living things into the ship which thou shalt build.

Command from the gods to [the hero] Utnapishtim, Epic of Gilgamesh

Similarities between the flood legend in the Babylonian Gilgamesh saga (parts of which date to 4,000 years ago) and the later story of Noah's ark (in the Old Testament book of Genesis) are striking. Both Noah and Utnapishtim are divinely commanded to save themselves and their families, together with representatives of all living animals, by building a huge boat in which to survive the coming deluge. Once the boats (or arks) are ready, torrential rains flood the entire Earth, killing all living creatures. When the waters finally recede, Noah's ark lands on Mount Ararat, while Utnapishtim's boat comes to rest on nearby Mount Nisir.

Truth is, there isn't nearly enough water on Earth to fulfill the claim, made by both Genesis and Gilgamesh, of a worldwide flood. Even if all the frozen water presently locked up in our planet's ice sheets and glaciers melted, sea level would rise by only (!) 260 feet. Still, it's a fair question to ask whether a real-life catastrophic flood could have prompted both these two ancient stories and other similar "deluge" accounts from the Middle East.

The most convincing argument for a historical antecedent came in 1997, when geologist Bill Ryan and geophysicist Walter Pitman, both at Columbia University, proposed that a massive deluge had occurred in the Black Sea region nearly eight millennia ago. At that time, the Black Sea was a freshwater lake, and rivers that previously fed it had changed course. Because of evaporation, its level had fallen until it was -- according to Ryan and Pitman -- about 300 feet lower than the nearby Mediterranean Sea. In their scenario, the Mediterranean  breached a sill of soft rock, opening up the Bosphorus channel between the two seas, flooding an area of land equivalent to that of the State of Georgia (60,000 square miles) in a matter of months. The researchers postulated that about 10 cubic miles of water "poured through each day, 200 times what flows over Niagara Falls," wiping out any unfortunate farmers and herders then living in the low-lying regions.

Since that time geologists from around the world have taken up the gauntlet thrown down by Ryan and Pitman. Roughly speaking, two rival camps have emerged: One agrees with their "catastrophe" version; the other claims that any enlargement of the Black Sea occurred much more sedately, with minimal loss of life. What I find so intriguing is the possibility that the writers of Genesis and Gilgamesh documented an actual event so terrifying that an unbroken line of storytellers kept its memory alive -- in exaggerated form -- for thousands of years. If the debate turns out favorably for Ryan and Pitman, that should tell us something about the staying power of oral tradition.

Barry Evans (barryevans9@yahoo.com) gives better than 50/50 odds that legends of Troy, King Arthur and the Great Flood are all based on historical events.