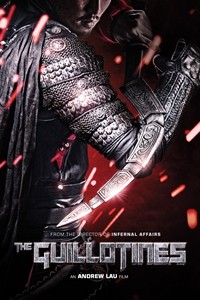 It is the deadliest weapon made by man. The mere mention of its name fills hearts with terror. Long shrouded in mystery, it launches from a distance and locks onto the target's head, the internal blades decapitating the victim with the yank of a chain. A weapon of choice for elite fighters, the flying guillotine leaves victims begging for mercy.

A secret brotherhood of assassins - known only as The Guillotines - were once favored by the Emperor, but are now a force of terror and oppression under a new regime. Exiled to a remote village and hunted by a squad of fighters with firearms that challenge their cold steel, The Guillotines must now outwit and outfight enemies from both sides.

The Guillotines (Xue di zi) is not showing in any theaters in the area. 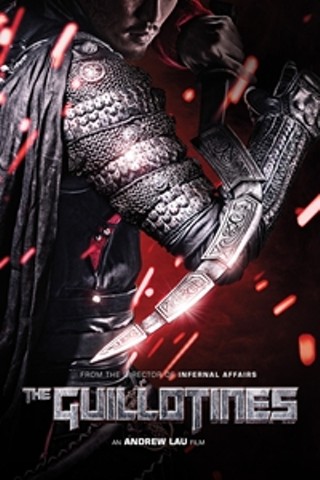