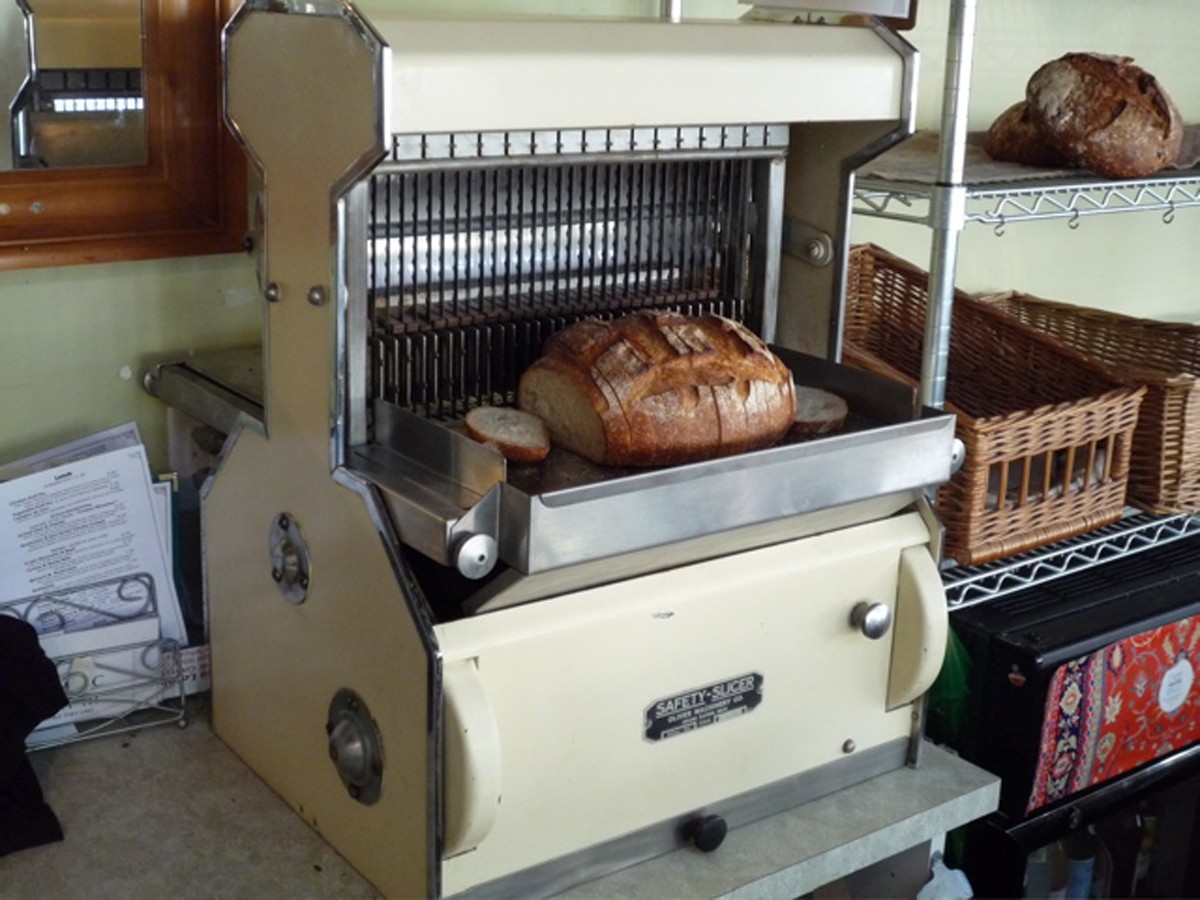 Images of my mother taking care of me when I was toddler are fleeting but certain. We didn't have each other for very long, but I remember Brooklyn and shopping with her and my aunt, her kid sister, on 86th Street in Bensonhurst, one of them pushing me in a stroller on sunny mornings as they conducted their day's business. Eighty-sixth Street was the vibrant intersection of many universes in 1960 -- Jewish delis, Italian bakeries and restaurants, Chinese food. Crowded, noisy and wondrous.

Last summer I returned for a tour of the old neighborhood. Forty years have passed, but The Reliable was still there, an Italian bakery that still bakes wonderful loaves of bread. I vividly recall savoring a first taste of Sicilian pizza right out of the oven while waiting for our number to be called and for fresh sliced crusty loaves to be placed into white paper wrappers. Decades later, standing beneath the elevated subway tracks in the wilting heat, I could almost taste the pickles that made your mouth pucker and the chewy, sour rye bread studded with caraway seeds freshly sliced from Deutsch, whose passing is still widely lamented.

Upon our return to Humboldt, when I walked into Café Brio and saw a vintage bread slicer behind the counter, memories washed over me like love and family. This was wonderful. I could go into the café anytime now and buy a fresh loaf of beautiful bakery bread and have it sliced before my very eyes. The manna of childhood was close at hand.

I have never been good at slicing bread to the proper sandwich thinness with a knife. And I do have a good bread knife with a serrated edge and rounded top that I use when cutting slabs of Brio Sour French to serve with crab or Rustic Italian to go with pasta or soup -- but that's not the same as bread perfect for sandwiches. I like to use Los Bagels' lovely challah for French toast and their corn rye for sandwiches, but it's always a rather jagged affair.

For years I've bought whichever style of Rudy's brand organic bread was on sale -- or, if I was feeling flush, a loaf of pre-sliced Co-op Everyday Whole Wheat, although paying more than four bucks for a loaf of decent, yet rather ordinary sandwich bread seemed a bit out of my grocery budget. My yearning for the taste of things past, along with an ongoing quest to buy local, brought me back to Café Brio, that seductive bread slicer and a loaf of Honey Whole Wheat Sourdough. I was downright giddy as the friendly counter girl put my loaf into the craw of the great machine.

I was not disappointed. That loaf was worth every penny. Absolutely delicious. My son asked me to make him a sandwich every day for lunch that week. Nor was I alone in my ardor. The young woman assured me that many marvel at this sentimental vestige of childhood with conjured memories of their own.

On another visit to the café I lucked out: The owner, Serge Scherbatskoy was in. A visibly busy man, he slowed down long enough to give me a brief history of the bread slicer, which has its own endearing story. In 1972, when Scherbatskoy was running the Round Valley Inn, a restaurant in Covelo, he bought a bunch of used bakery equipment, including a bread slicer. The restaurant didn't work out, and he went on to other ventures.

The Covelo restaurant eventually closed; the idle building was recently turned into a community center and library. A welder Scherbatskoy knew did some of the renovation work required and acquired some of the old kitchen equipment. Not too long ago Scherbatskoy was back in Covelo having some welding done. The welder said he had something he might be interested in: a bread slicer. No, not just any bread slicer -- "the same, the exact same bread slicer" he had purchased years ago. He bought it for $200. A good deal, right? No, a major deal, an equivalent piece of equipment might cost as much as $8,000 today. He'd been looking at a high-end European slicer that ran $16,000, but had decided against it.

Along with bringing great delight to customers, the slicer has proven an invaluable asset to the business. Workers who'd been cutting 60 to 80 slices of bread each morning were on the road to developing carpel tunnel syndrome. Not a problem any longer.

Another tool that can make me darn misty-eyed is the unpretentious hard-boiled egg slicer. As a child, when I started my culinary life making my own lunches, sliced egg sandwiches were one of my early accomplishments. The tradition has been passed on to my son Lonnie. The consummate sliced egg sandwich maker, his bread of choice is freshly sliced Honey Whole Wheat Sourdough from Brio, of course. His recipe: a sliced hard-boiled egg, a sprinkle of sea salt, homemade mayo, mustard and Iceberg lettuce.

Since I only remember visiting my retired grandparents in a small apartment, until this past trip to Brooklyn I had no idea that my mother had moved so close to her childhood home when she married my father. She grew up blocks from where we had shopped together on 86th Street. Somehow this knowledge has rooted me, granting more of a picture of this woman I got to spend so little time with.

Waltzing up to the counter in the Café Brio, eying the bread slicer as I make my purchase of fresh bread, and then gleefully asking the counterperson to slice it, gives me a foothold into who I am. It's part of the folklore of a community that is always revealing more of itself. In this transient era, it's good to know we can share seemingly lost traditions, finding home wherever the bread is baked.

Here are some of our sandwich favorites:

Butter two slices of bread on the outside

Spread mustard on the inside of one slice

Assemble a sandwich with the tempeh, sliced Loleta Fontina cheese and sauerkraut

Grill over medium heat in a heavy skillet with olive oil spray and a tad more butter (or butter alternative), turning when one side is browned.

Serve with spinach or arugula.

If you, too, are a fan of the omnipotent bread slicer, I know Vellutini's Bakery in Henderson Center and Mity Nice Bakery on Fifth Street in Eureka will, also, do your bidding. Are there others?