The Juice, the Jump and Curtis Otto 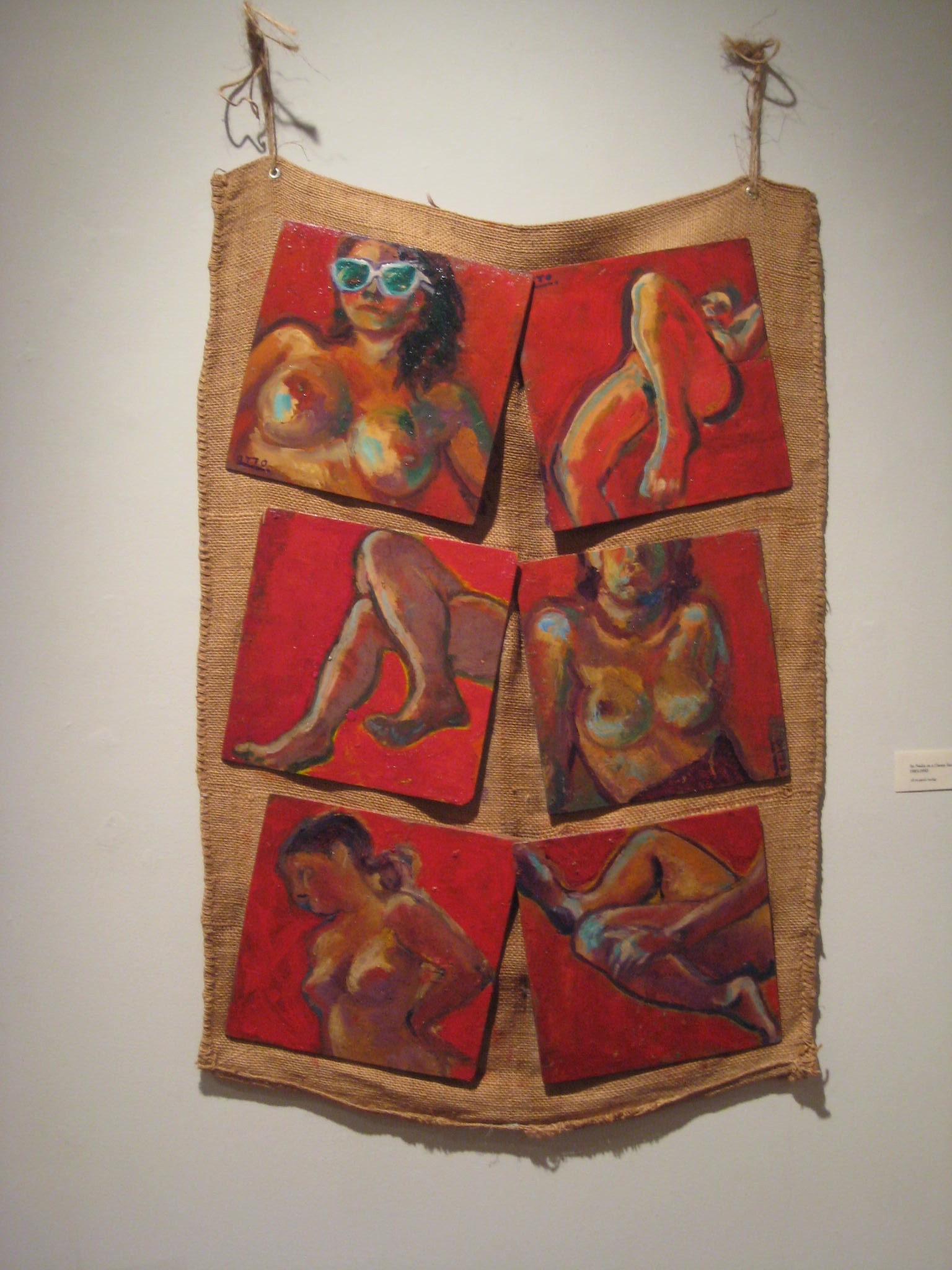 If you've ever cruised down E Street in Eureka, done a double-take at the house next to the Labor Temple at Ninth Street and wondered, "Are those really oil paintings crammed at the front door, leaning on the hedges and tumbling out onto the lawn?" ... you would be correct. And if you took the time to stop, you might be lucky enough to meet the prolific artist who lives there, Curtis Otto.

A retrospective of Otto's work is on display at the Morris Graves Museum through Feb. 12.

I caught up with Otto at his studio, a testament to his free spirit and more than six decades of passion for painting. Born in 1923 and raised in Eureka, he went to the University of New Mexico to study pharmacy, a family business. In college he took art electives, he said, "and that was the beginning of my lifelong interest in drawing from the live model, especially the female form. But it took me a while to find my medium. I didn't get much oomph from drawing or water-based mediums. But oil paint was juicy and it gave me the verve, what I like to call ‘the juice' to be expressive."

Early on, Otto was inspired by the experiments of French post-impressionist artists Paul Gauguin and Paul Cezanne, and later, during a short stint at the Art Students League in New York, by the work of abstract expressionist Clifford Still and neo-dadaist Jasper Johns. "The abstract expressionists excited me, but I didn't want to go all the way into abstraction. I still wanted to solve the problem of painting the figure. You can't paint just a figure or a face or any object; you have to make whatever you paint work as a painting!"

True to his premise, Otto's paintings are a synthesis of expressive realism and strong, intentional elements of geometry, pure colors and forms that function as explicit, graphic designs.

The works in his retrospective are prime examples of each era of Otto's career. They clearly show his development of this idea of fused styles and an insistence that "a painting must speak!" That happens, he said, "when there is a certain amount of turbulence in a painting. I call it adversity. You have to create harmony, but not by blending everything -- better to make some parts realistic and others more abstract. Contrast is what gives a painting the jump!"

Otto has been a working artist in Eureka for more than 60 years, and has seen tastes evolve and galleries come and go. "The Hobart Gallery in Ferndale was the only gallery that would always show my work. I got into trouble showing nudes anywhere else, especially my paintings of derrieres in the 1980s. My Gunny Sack series of female body parts was completely ignored for 10 years.

"The same thing happened with my Government & Money series. I showed that series for five years with no sales and no reaction except by someone at an exhibit in Sacramento asking that they be removed!"

Fortunately, besides the one in the show, more than 20 paintings of the money series now hang permanently in the Eureka offices of the investment firm Edward Jones. "I was never trying to make a political statement. I feel more like a reporter. The paintings actually grew out of a lifelong fascination with stamps and coins and the printing on dollar bills. I was as surprised as anyone when I started painting dozens of paintings about money. I seriously asked myself several times, ‘What am I doing?'"

Artists have often been called "the antennae of the race," picking up on important concepts long before the masses. But that only happens when an artist is unconcerned with trends and follows an inner need. Otto's works of and about money, painted in the 1980s, look as if they just arrived from the front pages of today's news. I suggested to Otto that perhaps the world is catching up to him. "We'll see about that," he said. "My Marijuana series, which I did in 2000, will be showing in a new gallery that is opening soon. How could you live in this county and not paint a marijuana leaf?"

Otto's talent has not gone unnoticed by his contemporaries. More than half the paintings in this retrospective are from the collections of fellow artists such as Teresa Oates and Jim McVicker, Aline Faben and Eric Furman, and Rachel and Stock Schlueter. The show also includes works from the permanent collection of the Graves Museum, by way of the estate of Dr. Jacob Reicher. The museum has provided a gallery guide to which paintings are in collections and which are for sale.

Another interesting aspect of Otto's work is his desire to get away from the usual frames. In the Gunny Sack series, small groups of related paintings are glued to burlap. "I was amazed," said Otto, "When Jemima Harr (curator and museum director) came by to get a few pieces to round out the show and she said ‘I want that!' pointing to one of my geometric constructions, Angles & Faces." These works consist of miniature tour de force faces connected like scientific models of molecules with short lengths of wood, like an unfinished wooden jigsaw puzzle. "I have been working with this idea since 1973. The one that she took for the show has been hanging in my hall for years and no one has ever mentioned it."

If you come to the reception for the artist during Arts Alive! on Jan. 7 and expect to meet a somber 88-year-old man, you will be disappointed. Otto has the mental agility of someone half his age and the exuberance of a puppy. But you will find him surrounded by the art community of Humboldt, which shares his credo: "Art is an adventure! Let's get away from fear and have some fun!"