As pandemic fatigue sets in for many, two Blue Lake sisters keep howling

Photo by Ashley Harrell Shelby (left) and Alexis Wickizer display a t-shirt somebody dropped off at their house in appreciation of their persistent nightly howling.

They don't do it every night, not anymore. But when it feels right to step outside at 8 p.m., take a deep breath and howl into the night, Blue Lake sisters Alexis and Shelby Wickizer — ages 8 and 5, respectively — still follow the urge.

"Owwwwwwwwwww! Owwwwwwwww!" the girls called out together Sunday night, continuing a practice that began in Colorado at the onset of the pandemic to support healthcare workers.

During the first lockdown, the ritual spread to cities and towns across the world via a Facebook group entitled "Go Outside and Howl at 8pm," which quickly grew to more than a half-million members. But while the nightly hubbubs were once pervasive throughout Humboldt, they have largely faded as the pandemic has stretched on.

After the girls did not receive a response Sunday, they howled again, louder. Then again. Still nothing. Although some friends and neighbors do howl back at the girls on occasion, the sisters have come to accept they are the last true howlers of Blue Lake.

In step with the loss of interest in howling has come a phenomenon known as pandemic fatigue, a burnout from facing the prolonged threat of COVID-19 that presents as feelings of restlessness, irritability and difficulty concentrating. Pandemic fatigue also saps motivation to follow public health guidance, which isn't helping matters. 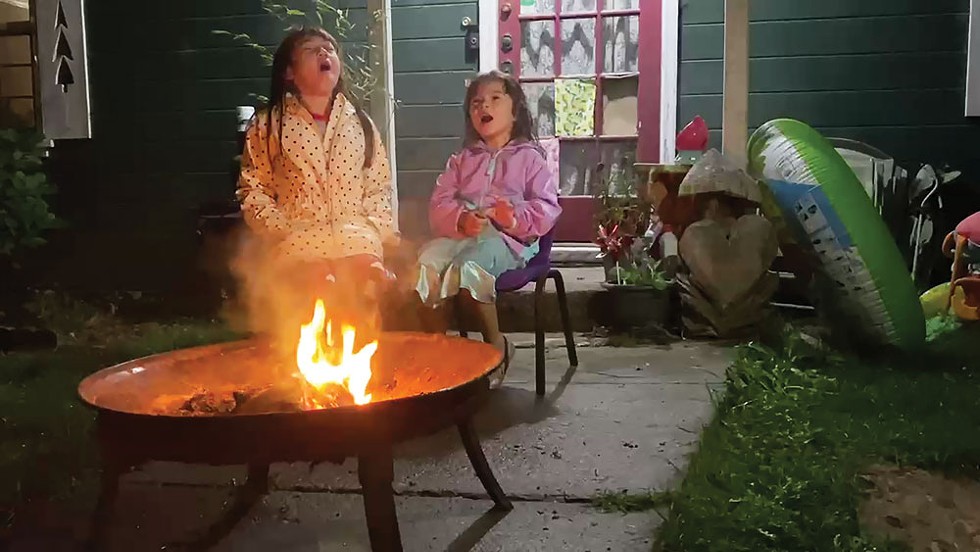 "People are just tired of this, and I completely understand that," former Humboldt County Health Officer Teresa Frankovich said last month. "We all want normal, we want to go back to normal, we want this to be over, and I think to some extent at times people just pretend that it is and just behave as they normally would have before COVID."

Coupled with the colder weather forcing people indoors, health officials say fatigue is driving a recent surge in cases both locally and nationwide. In November, Humboldt County reported 328 cases, a huge jump from the 59 cases in October. In the first eight days of December before the Journal went to press, 239 new cases had already been recorded with test-positivity rates spiking.

With the possibility of another stay-at-home order looming, the young sisters have not lost sight of the mission, and their parents Jeff and Katrina Wickizer continue encouraging them to keep howling.

"We want to support our country, our nurses, our doctors, the policemen, the firefighters and all our nurses and doctors and all the vets and everything," Alexis, a third grader, says matter-of-factly.

"Because, so people won't be sad and they won't miss us," adds Shelby, a kindergartener.

Over the last few months, the adorable howlers of Blue Lake have amassed a following not only in their neighborhood but also on Facebook, where their dad regularly posts howl videos in the Blue Lake Community News and Crime Watch group. Jeff Wickizer, who owns a pair of lawn care and tree-felling businesses, enjoys doing a little something to boost moral and support the nation, he says, and he gets a kick out of seeing how people respond. For the most part, they express gratitude.

"Keep it going," one user commented on a recent howling video. "The rest of us seem to have forgotten. Need to step it up Blue Lake."

In addition to the online praise, visitors have come by the Wickizer's home to witness the howling spectacle for themselves. Some have even dropped off gifts. Two baskets were left on the stoop containing beach towels, bubbles and blue t-shirts with coyote images and white lettering that reads: "Howling at 8 from Blue Lake." A woman showed up one night with dresses and skirts for the girls, and howled with them.

When the howling phenomenon began, people deeply appreciated it and joined in, at least for a while, essentially because we adopted it as a social norm, according to Gregg Gold, a professor of social psychology at Humboldt State University.

"With the howling, there is a human connection being made, even at a distance, and it's in real time," Gold says. "That makes us feel like part of a group, and we are very group-oriented. It's the key to our success as a species."

Gold himself was howling at 8 p.m. in Sunny Brae for about six months of the pandemic, he says, but when others stopped, he did as well. It doesn't surprise Gold, though, that the Wickizer girls are still at it.

"There are two of them, so they're a team," he says. "Also, children's tolerance for repetition is much higher than adults'."

For most of the year, Alexis and Shelby were howling at 8 p.m. nearly every night. They howled from their front yard most often, but sometimes switched it up, howling as they rode bicycles or scooters on the street in front of their home, or as they swam in their above-ground pool. When the weather grew colder, Jeff Wickizer installed a fire pit in the yard and they howled around it. When the family went out to dinner, the girls howled in the car on the way home, and when they went on vacation in Oregon, they howled from an RV there, too.

Jeff Wickizer has alarms set on his phone and watch for 7:55 p.m. and, although his daughters don't howl every night anymore, he always gives them the option.

"I like to encourage them but I never force it," he says. "They started getting burned out on doing it every night."

"Yeah, because we have homework and stuff," Alexis says.

Inevitably — in this dark and divided era in American history — someone was bound to take issue with the howling. Still, it caught Jeff Wickizer by surprise when a Facebook user posted a negative comment on a video of Shelby lamenting that no one was howling back: "Yay," the user wrote. "That fad needs to die out." 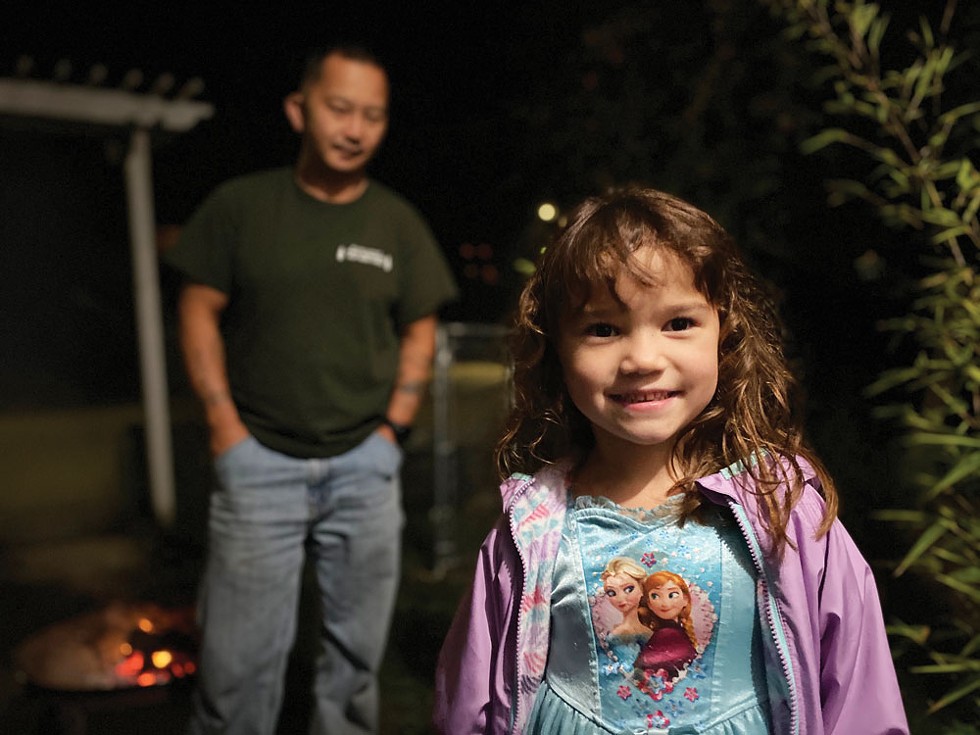 Blue Lake Mayor Adelene Jones also commented on the video, saying she had stopped ringing the church bells at 8 p.m. because someone had complained about the noise.

Wickizer was upset by the negativity but says he plans to continue encouraging his girls to voice support for the nation, its first responders and its heathcare workers each night until the pandemic ends.

"It's our way of keeping hope alive," he explained to the commenter.

“It’s our way of keeping hope alive” tweet this
Many more users chimed in to let Wickizer know they wanted the howling to continue. One wrote that, during a time of uncertainty and isolation, she looked forward to the sounds of solidarity at 8 p.m. each night.

"I'd give thanks for the person who so generously and unfailingly gave of their time to ring the bells, and for all the howlers large and small that reminded us to stop for a moment and experience our connection with one another and our community," she wrote. "I'm only sorry that I waited until now to express my appreciation for the sweetness in this human act."

Ashley Harrell (she/her) is a Northern California feature writer. Follow her on Twitter @AshleyHarrell3 and reach her at ashley@northcoastjournal.com.