On the Count of Three and The Good Boss 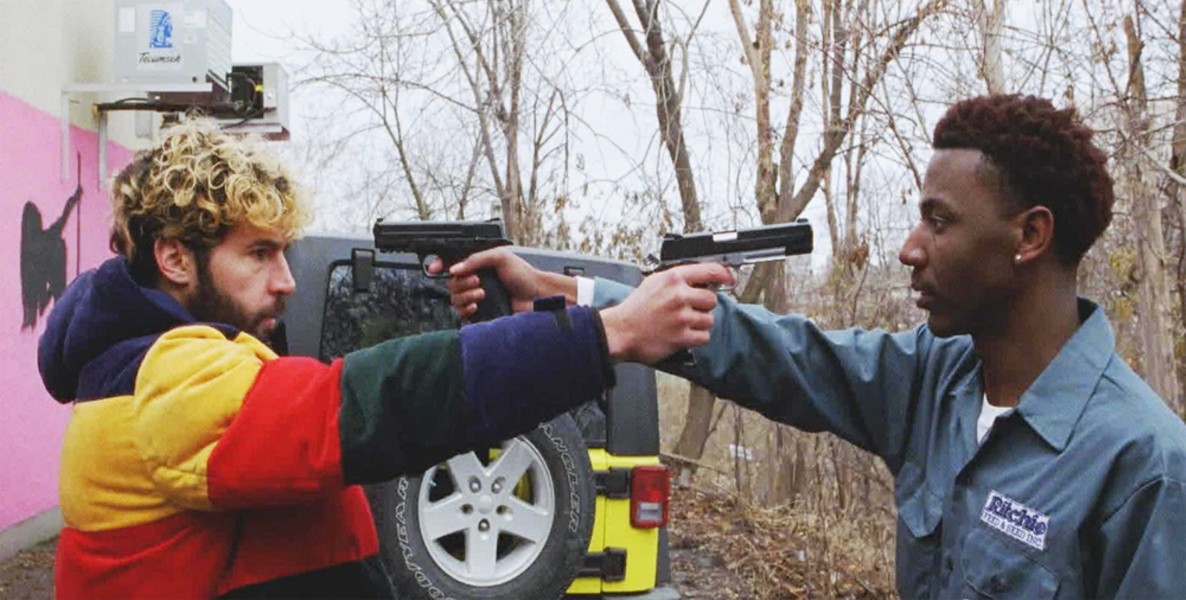 On the Count of Three My long-term goals and short-term plans working it out.

ON THE COUNT OF THREE. Suicide, for an act (force/influence) that will most likely eventually affect us all, is too often marginalized in culture and in conversation due either to fear, false reverence or simple misunderstanding. It becomes an easy punchline when something doesn't go our way, or a caustic epithet cum directive vollied at an enemy-of-the-moment. We spend precious little time, though, in the actual consideration of what the act means, or might mean, to those among us considering it and those left behind to clean up the literal and emotional mess. This is, in part, what On the Count of Three, written by Ari Katcher and Ryan Welch and directed by Jerrod Carmichael, sets out to do. It also leans into the comedy of two goofball friends staring into the abyss, so it may not be accepted as a serious disquisition on the subject, but the humor here, the distinct lack of morbidity regarding the act itself, is a vital component to greater understanding.

Carmichael, an already significant figure in the world of standup comedy turned figurehead and object of media fascination by his perhaps anti-comedic special Rothaniel earlier this year ("Communing with Comedy," June 9, 2022), had not directed a feature before. However, like so many stand-ups, he appears deeply acquainted (maybe more so than many) with the vagaries of inner conflict and concealed emotional life. And, as demonstrated by the brilliant but under-appreciated The Carmichael Show, he has a finely attuned sense of story, as well as a studied ability to condense and clarify a narrative for a visual medium. And now we know he can combine that knowledge, those skills, with a genuine, earned sense of what the camera brings to moviemaking; he's a director, for real.

Val (Carmichael) has a lot on his mind and his job shoveling mulch is probably the least of it. So, he leaves that job, springs his best friend Kevin (Christoper Abbott) from the psychiatric hospital and announces they should seize the day and kill each other. Kevin, having accidentally survived a recent suicide attempt after a lifetime of insurmountable psychic pain, hesitates at first but soon embraces the idea of settling scores before making their grand exit.

Set against the dirty-snow desolation of a northeastern winter, On the Count of Three presents Val and Kevin as unlikely allies in life and in the decision to end it. As they check off items on their last day's to-do list, we come to understand Kevin as a kid who never got an even break, with a legacy of being picked on for being picked on that leads to predation by ostensible caregivers and from there to a life of untenable, untreatable suicidal depression. Val, by comparison, seems to have things mostly handled, despite a continually impossible relationship with his father (J.B. Smoove, playing brilliantly against type) and some daunting changes in his relationship with Natasha (Tiffany Haddish).

The movie doesn't judge either character's mental health or their independent but eventually conjoined decisions to end things. It ultimately succeeds in this balanced perspective and innate sense of fairness. The story wanders farther afield than needed, especially given its humble, conversational tone, but it never strays from the humanity at its center. In approaching self-annihilation as the momentary, permanent turning point it is, On the Count of Three does something quietly revelatory. R. 86M. HULU, AMAZON PRIME, STREAMING.

THE GOOD BOSS, if one will pardon the return of my frequent lamentation, is reminiscent of a nebulous ur-genre of movies that Americans apparently don't make anymore; perhaps we're not self-aware enough to lampoon ourselves like we used to. More likely the audiences don't want it or at least the financiers assume they don't.

Blanco (Javier Bardem) inherited a successful scales manufactory in Madrid. He enjoys the trappings of capitalist success, from his beautifully appointed home to his pick of the constantly rotating staff of female interns. He also seems to earnestly want his employees to feel part of a loving family, overseen by himself, the patriarch. So, when a laid-off employee stages a protest at the gates the very week a provincial oversight committee plans to visit and potentially bestow a long-coveted award, Blanco's foreman falls into a funk and Blanco's most recent extramarital affair yields a troubling revelation. Papa has his work cut out for him.

BEAST. Idris Elba stars as a widower who takes his kids on a family trip to the Savanna, where they meet a very agro lion. R. 93M. FORTUNA.

EVERYTHING EVERYWHERE ALL AT ONCE. Michelle Yeoh blows minds in the multiverse in a moving kung fu/sci-fi with Ke Huy Quan and Jamie Lee Curtis. R. 150M. MINOR.

THE INVITATION. A young woman (Nathalie Emmanuel) visits the estate of newly connected relatives only to discover they're a bunch of bloodsuckers. PG13. 104M. MILL CREEK.

NOPE. Strange things are afoot at a California ranch and Keke Palmer and Daniel Kaluuya witness them in this Jordan Peele sci-fi thriller. R. 135M. BROADWAY.

SEE HOW THEY RUN. Murder and mystery hold up the filming of a movie in 1950s London in this comedy starring Sam Rockwell and Pearl Chanda. PG13. 98M. MINOR.

SPIDER-MAN: NO WAY HOME (THE MORE FUN STUFF VERSION). Like the Snyder Cut but without the heartbreak. PG13. FORTUNA.

THREE THOUSAND YEARS OF LONGING. Despite Idris Elba and a djinn and Tilda Swinton springing him from the bottle, there's not enough story for the running time. R. 108M. BROADWAY, MILL CREEK.