The Life and Times of Judi Bari 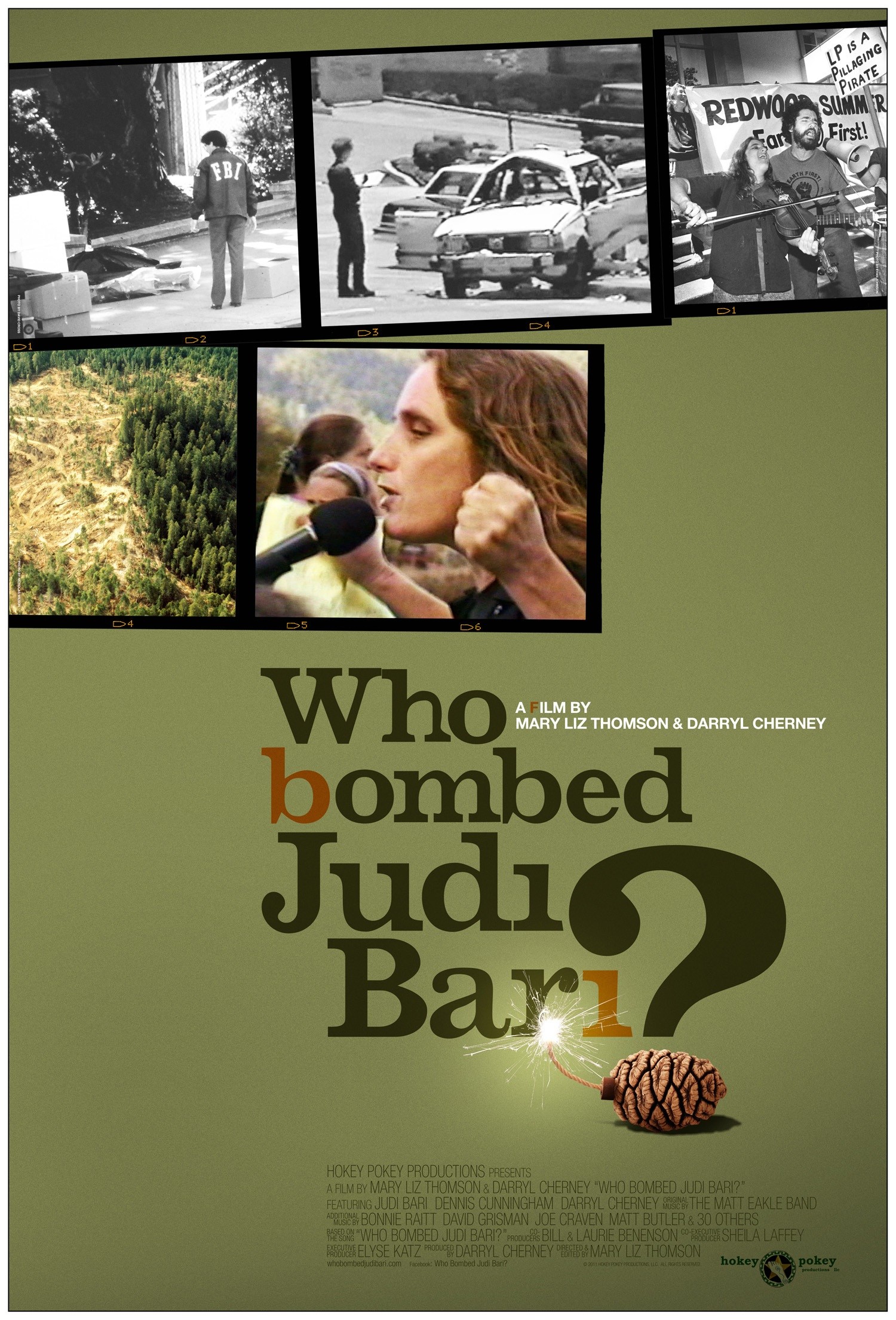 As the film opens, the camera pans through a bucolic redwood forest, tilting up into the branches. Bird sounds and new age music on the soundtrack are interrupted by a Bay Area TV news report announcing, "A car bomb explosion sends two members of the activist group Earth First! to the hospital. And the question tonight is, will the injured environmentalists face criminal charges?" The answer comes quickly in another news flash, an "unconfirmed report" saying, "Judi Bari and Darryl Cherney will be charged with possession and transportation of explosives."

Those who followed the local timber wars know the rest of the story. In May 1990, Bari and Cherney were set to spearhead a series of protests they called Redwood Summer when Bari's car was blown up. Both were arrested, but were released for lack of evidence. They later sued the Oakland Police and the FBI for violating their First Amendment right to free speech. By the time the case wound its way through the court system, with the jury awarding a $4.4 million settlement, Bari had died from cancer.

That's the story told in Who Bombed Judi Bari?, a new documentary produced by Cherney that debuted over the weekend at a film festival in San Francisco and opens locally this week. While the title makes it sound like a whodunit, an investigation of an unsolved mystery, the film is in fact a celebratory life-and-times of Bari and her years of work as an activist.

Cherney explained that the title came from a song he wrote about the incident in July 1990, in the middle of Redwood Summer. "Everything that's happened after that, from another documentary called Who Bombed Judi Bari? in 1991 to a CD called that to several magazine articles called ‘Who Bombed Judi Bari?' they're all based on that song," said Cherney.

An earlier working title was The Deposition of Judi Bari. As part of the court case, in 1997, she recorded a videotaped deposition while lying in a hospital bed dying from breast cancer. It became her posthumous testimony when the case was tried years after her death.  Now it's the through-line for the film. "We wanted Judi to tell her own story," said Cherney, who opted against narrating the film himself. "My pitch [for investors] was something like ‘the dying queen tells the story of her reign.'"

Placing Bari's story in context, the film also includes a history of Earth First! and of the local fight over logging, from the takeover of Pacific Lumber by Charles Hurwitz and Maxxam, on to the ultimately successful battle to preserve Headwaters Forest.

Cherney and a crew of documentary filmmakers led by director Mary Liz Thomson sifted through around 700 hours of archival film footage, much of it shot by amateur videographers Cherney calls "eco-paparazzi," and added in still photos, newspaper clippings and music to create something like a video scrapbook.

Cherney says his goal in making the film was to "teach the public who the historical figure Judi Bari is," but also to inspire further activism and to help "instigate an actual investigation of the bombing."

The movie ends in 2010 when Cherney's legal team is trying to get evidence connected to the bombing turned over to an independent laboratory for DNA testing. "We believe the evidence has fingerprints and DNA of the bomber on it," said Cherney. "It's in the possession of the FBI. I would say that the bomber is totally findable, which is why they don't want to turn over the evidence." Another motion was filed this week, thus the legal battle continues.

Who Bombed Judi Bari? screenings take place Saturday and Sunday, March 10 and 11, at 7:30 p.m. at the Arcata Playhouse (9th and L streets, Arcata), then in Southern Humboldt starting Tuesday, March 13, at the Garberville Theater, 766 Redwood Drive, Garberville, with further screenings there on Wednesday and Thursday, March 14 and 15, all shows at 7:30 p.m. Darryl Cherney and director Mary Liz Thomson will be in attendance at all local screenings.